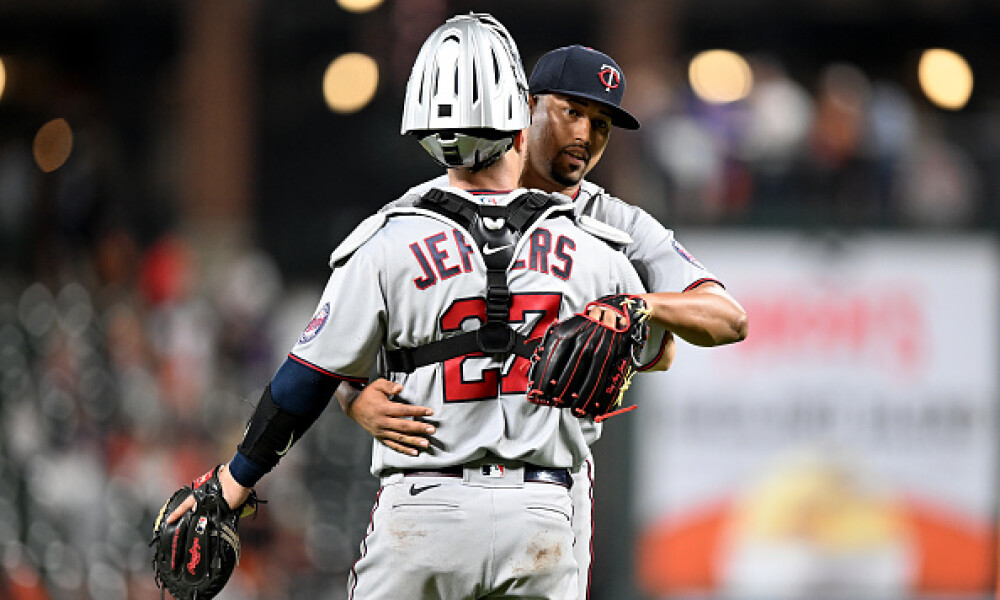 With injuries, periodic slumps and the re-emergence of the COVID-19 virus contributing to the expected volatility associated with managing the fantasy baseball closer position, it’s become increasingly important to identify the next man up in MLB bullpens. Keep in mind that the next man up is often a pitcher who has some closer experience.

Just this past week alone, three pitchers who didn’t start the season as their team’s primary closer picked up multiple saves. Rostering pitchers who have a potential path to a closer’s job, or at least have the opportunity to pick up the occasional save or hold, can potentially save you a significant amount of FAAB dollars. We’ll identify some of those pitchers in this article but you can always use our Closer Grid as a resource for finding worthwhile relief pitchers to either roster or keep on your watch list.

(The statistics quoted in this article are accurate as of the morning of 5.3.2022)

He has one blown one save opportunity, but Rogers hasn’t given up an earned run this season and is firmly entrenched as the Padres’ closer.

Romano’s preseason NFBC ADP had him being selected as the ninth closer coming off the board and so far, he’s been a bargain. He closes out games for one of the better teams in baseball and leads the majors with 11 saves.

Bender has had a few rough patches this season but overall, he’s done a good job filling in for the Marlins’ injured closer Dylan Floro. With Floro nearing a return to action from the IL, Bender could possibly lose his gig. However, if you roster Floro and have the room on your bench, you might want to hold onto him. Other than an obvious clear path to future save opportunities, Bender should get his fair share of hold opportunities as well.

Kennedy has 58 career saves and is temporarily filling in for Diamondbacks closer Mark Melancon while he is on the COVID-19 IL. Kennedy will continue as Melancon’s handcuff upon his return.

Montero has recorded two of the Astros’ saves (Ryne Stanek has the other) since Ryan Pressly has been on the IL. Pressly started a rehab assignment this week and should rejoin the team shortly. Astros manager Dusty Baker has also used Héctor Neris (2 holds last week) in high leverage late inning situations.

Angels relievers Ryan Tepera, Aaron Loup and Archie Bradley. All three pitchers also have some prior closing experience. Entering Tuesday’s action, the Angels had won seven of their last 10 games, providing plenty of opportunities for their relievers to get hold chances.

Ryan Helsley worked a perfect two innings in relief this past Sunday and picked up his first save of the season. His fastball topped out at 103.1 mph and since many league waiver wire runs take place on Sunday nights, a lot of fantasy baseball managers immediately invested a lot of their FAAB in an attempt to add him to their roster. However, Giovanny Gallegos, who hadn’t pitched since blowing a save opportunity on April 25th, worked a perfect ninth inning on Monday afternoon and picked up his fifth save of the season. The fact that Helsley might not have been available since he had just thrown two innings the night before was probably the true reason that Cardinals manager Oliver Marmol decided to use Gallego. However, Marmol had previously stated that he was open to using a closer by committee approach this season. It’s a situation that needs to be monitored. Both Gallegos and Helsley might have fantasy value moving forward. Whether one pitcher might be used more than the other moving forward, only time will tell. If you roster him, don’t you dare give up on Gallegos.

In last week’s column we spoke about how Emilio Pagán had emerged as the Twins’ closer, but that Jhoan Duran had the making of a potential closer and that it seemed that the team was grooming him for the job. Well, in a tight game that the Twins led 2-1 on Monday night, Pagan came in to pitch the eighth inning and he was followed by Duran in the ninth. Duran picked up the first save of his professional baseball career. In speaking to the media after the game, Twins manager Rocco Baldelli wouldn’t commit to how he’d use Duran in the immediate future, but with 19 strikeouts and just two walks in 12 IP, he’s likely to get more save opportunities this season and is worth adding in deeper leagues (12 teams or more) based on his future potential.

In case Rangers reliever Joe Barlow, who was the Rangers closer for the final month of the 2021 season, happens to be available on the waiver wire in your league, hurry up and grab him. The Rangers had suggested that they didn’t want to put too much pressure on Barlow to start the season and he wouldn’t be their closer early on. With his second save of the season on Tuesday night Barlow seems to be settling in as their closer sooner rather than later.

With starting pitchers averaging just 4.8 innings per start so far this season, in some instances you might get similar, or even better production by using a top middle relief pitcher instead of a mediocre starting pitcher in a given week. The following are examples of middle relievers who tend to make multi-inning relief appearances and who tend to pitch several innings per week and might have deep league fantasy value based on their recent performance.

Effross appeared in three games last week and pitched four scoreless innings. He struck out four and didn’t walk a batter. Effross also recorded a hold. Overall, he’s struck out 12 batters across 10 innings and has a 1.80 ERA.

Jax appeared in two games last week, pitching four scoreless innings. He saved one game and held another, while striking out four batters and walking just one. Jax has struck out 13 batters in 10 innings on the season.