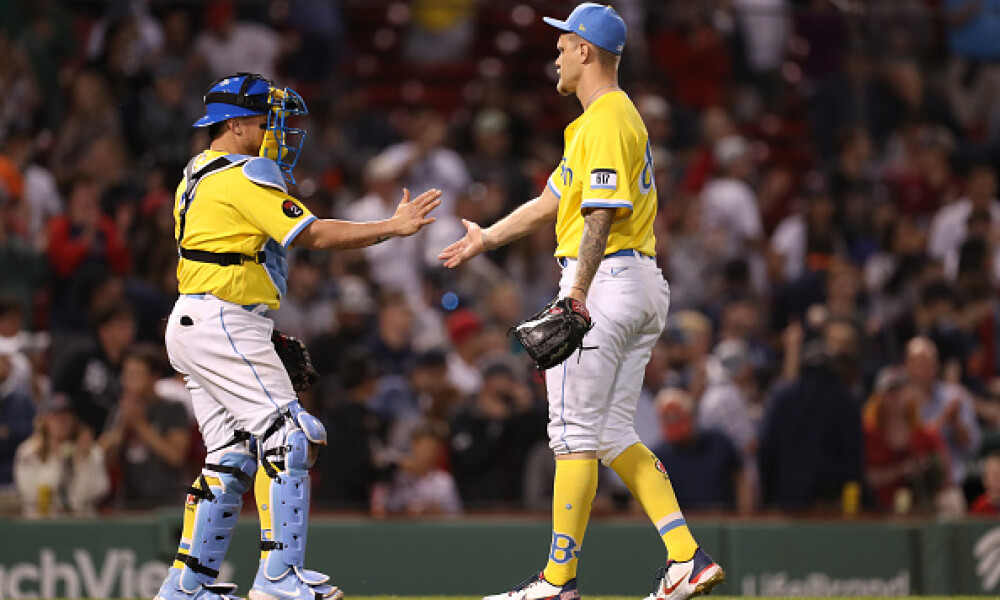 In this week’s fantasy baseball closer report we’ll demonstrate that fantasy managers don’t always only have to look for saves and holds on real life baseball teams who possess winning records. Also, as we often do in this column, we’ll identify a couple of under the radar relievers who may sometimes provide better weekly fantasy production than some ordinary starting pitchers. Tanner Houck will likely be a popular add off the waiver wire, if he is still available, as it appears the Boston Red Sox have finally found their closer in him. Don’t forget to utilize our Closer Grid throughout the week. It’s a great resource for identifying bullpen closers, handcuffs, and sleepers.

(The statistics quoted in this article are accurate as of the morning of 6.21.2022)

Clase leads a Guardians bullpen that, as a group, has compiled the second lowest ERA in baseball (2.81). He hasn’t given up a run in his last 14 appearances, striking out 16 batters during that span and walking just one. Bryan Shaw (14 career saves) and Eli Morgan (1.62 ERA) typically pitch in the seventh and eighth innings for the Guardians and would likely fill in for Clase should he become unavailable. Anthony Gose, (two wins and 1.35 ERA in his last seven appearances), Sam Hentges, (1.64 ERA) and Trevor Stephan (3 holds, 1 save) have also been used in late inning high leverage situations by the Guardians.

The Orioles have only won 30 games entering Tuesday’s action and Lopez has saved 11 of those games. Since May 22nd Lopez has pitched 15.1 scoreless innings and saved seven games, second most among all relievers during that time span. Entering Tuesday night’s action Lopez hasn’t given up a home run and he owns a 0.79 overall ERA. Félix Bautista, who hasn’t given up a run in his last 15 appearances (13.1 IP), has two saves on the season and is considered Lopez’s handcuff.

Doval has enjoyed a productive season as the Giants’ primary closer, recording 11 of the Giants’ 16 saves. Doval has been especially effective over the past three weeks, winning two games and saving four others while posting a 1.54 ERA and a .171 BAA. Jake McGee, who was expected to share the closers’ role with Doval to start the season but slumped badly and eventually landed on the IL, has been coming on of late. Since being reinstated off the IL he’s pitched 7.1 scoreless innings across eight appearances. Opposing hitters have a .091 BAA McGee during that time span. McGee should once again be considered Doval’s handcuff.

After an exhaustive search the Red Sox seemingly finally found themselves a closer in Houck, but he won’t be accompanying the team when they visit the Toronto Blue Jays beginning on June 27th due to his vaccination status. Look for a combination of John Schreiber, Matt Strahm or Jake Diekman to handle closer duties while Houck is unavailable.

Schreiber has 11 holds on the season, tying him for the sixth most in baseball. Opponents have only scored against him in one of his 21 appearances this season and Schreiber even managed to earn a hold in that lone appearance in which he was scored upon. Schreiber has a microscopic 0.86 ERA and 0.714 WHIP on the season and could see save opportunities in the Red Sox’s upcoming series against the Jays in Toronto.

Perez has been a significant contributor to an Orioles bullpen that has the sixth lowest overall ERA (3.19). He has eight holds on the season to go along with a solid 1.31 ERA.

Kendall Graveman was expected to be the White Sox’s primary closer with Liam Hendriks (forearm) on the IL, but Joe Kelly picked up the first save in what the team hopes is a short post Hendriks era. Graveman was called upon to face the meat and potatoes of the Blue Jays’ lineup and his usage in the eighth inning was probably matchup based. Kelly gave up two runs and barely hung on for the save which might limit his future usage in similar spots. Manager Tony La Russa had suggested that Graveman would be his primary closer with Hendriks on the shelf so if you spent a bunch of FAAB on Graveman don’t panic just yet. The White Sox are hoping that Hendriks will return to action in early July.

The A’s placed Dany Jiménez on the 15-day IL due to a right shoulder strain. The good news is that an MRI confirmed that there is no structural damage to the shoulder. With Lou Trivino still struggling, look for Zach Jackson or A.J. Puk to get a chance at closing out games for the A’s with Jimenez sidelined. Keep an eye on Sam Moll as well. He’s currently on the COVID-19 IL but has been used in late inning situations this season and has nine career minor league saves and a 1.27 ERA on the season.

With starting pitchers averaging 5.1 innings per start so far this season, in some instances you might get similar, or even better production by using a top middle relief pitcher instead of a mediocre starting pitcher in a given week. The following are examples of two middle relievers who often make multi-inning relief appearances and might have deep league fantasy value based on their recent performance.

King picked up a win and two holds in his 4.1 scoreless innings pitched across three appearances last week. He struck out seven batters and is probably next in line for save opportunities behind Clay Holmes with Aroldis Chapman on the IL.