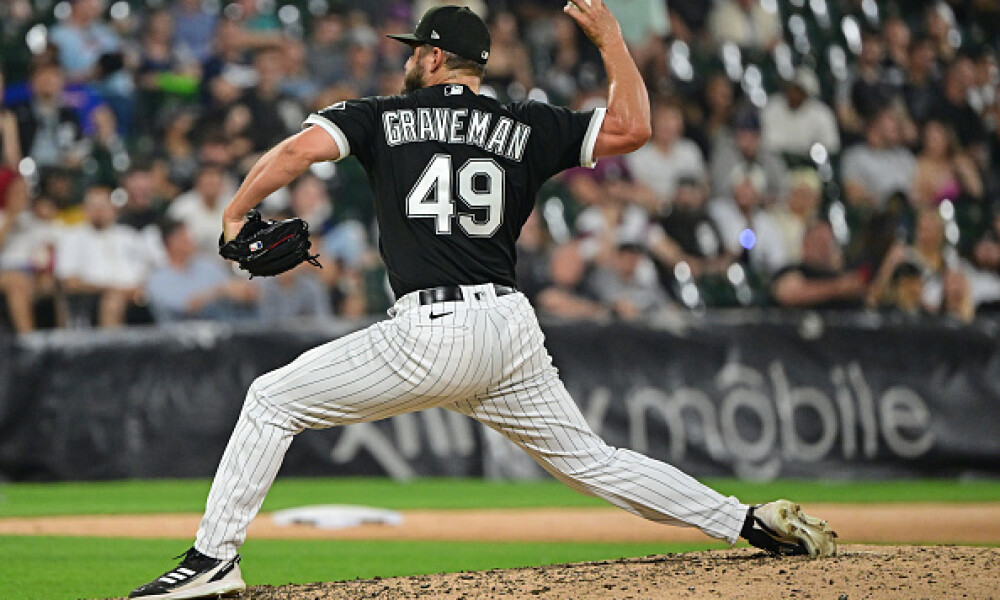 In this week’s fantasy baseball closer report, we’ll focus on the MLB relief pitchers who’ve recently recorded saves and appear to be the new closers for their teams. The Chicago White Sox, in particular, are dealing with a change at closer with Liam Hendriks landing on the Injured List and Kendall Graveman now the presumed ninth-inning man. Graveman should be a popular fantasy baseball waiver wire target if he's still available in your leagues. The Miami Marlins, Philadelphia Phillies, and Boston Red Sox also all have interesting closer and bullpen situations to monitor for your fantasy baseball lineups. We’ll also identify a couple of under-the-radar MLB relievers and fantasy baseball sleepers who, at times, may provide better weekly production than some ordinary starting pitchers. If you have pitchers on the latest MLB injury report or are dealing with struggling players in the fantasy baseball stock watch report, then this article is for you. Don’t forget to utilize our updated MLB Closer Grid throughout the week as it’s a great resource for identifying bullpen changes, closer situations, handcuffs, and sleepers. Also, keep an eye on the fantasy baseball rankings and MLB projections as you improve your rosters. Now let's dive into the latest MLB closer report to get a clearer picture of the fantasy baseball pitchers to target.

(The statistics quoted in this article are accurate as of the morning of Tuesday, June 14th).

Jansen has been a big part of the Braves’ 13-game winning streak, saving six of those victories. Health and durability have previously been a concern for Jansen, but he has already worked back-to-back games on three occasions this season. Entering Tuesday’s action, he was second in MLB with 18 saves. Based on his background as a closer, Will Smith is Jansen’s primary handcuff with A.J. Minter potentially filling in if both Jansen and Smith are unavailable.

Soto has given up just one run in his last 13 appearances (0.69 ERA) and continues to hold a firm grip on the Tigers’ closer gig. He’s also done a good job of keeping the ball in the ballpark this season. Soto has given up just one HR in his first 23 appearances after having given up seven in 62 games last season. Michael Fulmer (2.35 ERA, 1 SV, 8 HLDS) continues to be Soto’s primary backup, but Andrew Chafin, Wily Peralta, and Joe Jiménez all have some closer experience as well.

With Anthony Bender on the IL, and Dylan Floro relegated to middle inning relief work, Scott seems to be the reliever that manager Don Mattingly currently trusts to close out games for the Marlins. He hasn’t given up a run in his six June relief appearances and has saved four games during that time span. Whether or not he holds on to the closer’s role once Bender returns from the IL remains to be seen. If Scott is available on league waiver wires, he’s a good short-term option for fantasy managers who are desperate for saves.

Minter pitched 2.2 innings of shutout ball last week, striking out two batters and walking none. He hasn’t given up a run in his last 21 appearances and has 15 holds on the season.

Nineteen other pitchers had two holds last week including:

Peralta pitched 3.1 scoreless innings across three relief appearances. He struck out two batters and walked none. He now has one save and four holds on the season.

MLB Bullpens To Take Note Of

The Chicago White Sox were forced to place Liam Hendriks on the 15-day IL due to a right forearm strain. Forearm strains terrify fantasy managers, but manager Tony La Russa told reporters that he expects Hendriks to return to action in about three weeks. In the meantime, grab Kendall Graveman off the waiver wire if he's available. Graveman has some previous closer experience and should see the majority of save opportunities. With Aaron Bummer currently on the IL, Joe Kelly will likely be called upon to pitch in high-leverage late-inning situations as well.

Where there’s smoke, sometimes there’s fire and there seems to be plenty of smoke signals emanating from the Philadelphia Phillies bullpen. Corey Knebel has been dealing with shoulder stiffness on and off for the past few days but he’s avoided a trip to the IL. His Tuesday night performance in which he only threw four of 16 pitches for strikes on his way to a blown save should cause you to head over to your league’s waiver wire to see if Brad Hand or Seranthony Domínguez are available. Both have previous closer experience and both have been very effective in late-inning high-leverage situations this season.

EDITORS NOTE: That smoke we saw coming out from the Phillies bullpen developed into a burning flame that consumed Knebel’s role as the team’s closer. Interim manager Rob Thomson told reporters on Wednesday morning that at least for the time being, Knebel would no longer pitch in late-inning, high-leverage situations. Grab Hand or Dominguez if you can. It appears the Phillies will use a committee approach in their bullpen.

What a difference a week makes. In last week’s bullpen report, we talked about how the Boston Red Sox didn’t have a dedicated closer. Since then, it appears that former starting pitcher Tanner Houck has taken over the role. Unlike some managers, Alex Cora wants to have one pitcher that he can count on to preserve his team’s wins on a regular basis and for now it appears that Houck is that one pitcher. Cora hasn’t officially named Houck as his closer, but he has confirmed that the righthander would continue to be used in short (one-inning) relief appearances in high-leverage late-game situations. Continue to keep an eye on John Schreiber, but with Matt Barnes on the IL and Hansel Robles and Matt Strahm recently blowing save opportunities, it appears that the Red Sox’s closer gig is Houck’s to lose.

With some starting pitchers averaging five innings per start this season, in some instances, you might get similar (or even better) production by using a top middle relief pitcher instead of a mediocre starting pitcher in a given week. The following are examples of two Texas Rangers' middle relievers who often make multi-inning relief appearances and might have deep-league fantasy value based on their recent performance.

Matt Moore pitched four scoreless innings across three appearances last week and picked up a win and a save. He struck out six batters and did not walk anyone. Moore has a 2.54 overall ERA and while his 1.306 WHIP is a bit high, he’s struck out batters at a rate of 11.1 per nine innings on the season.

Brock Burke picked up a win and pitched 4.2 scoreless innings across three innings last week. He struck out six batters and walked one and has a sparkling 0.83 ERA and 1.010 WHIP on the season.