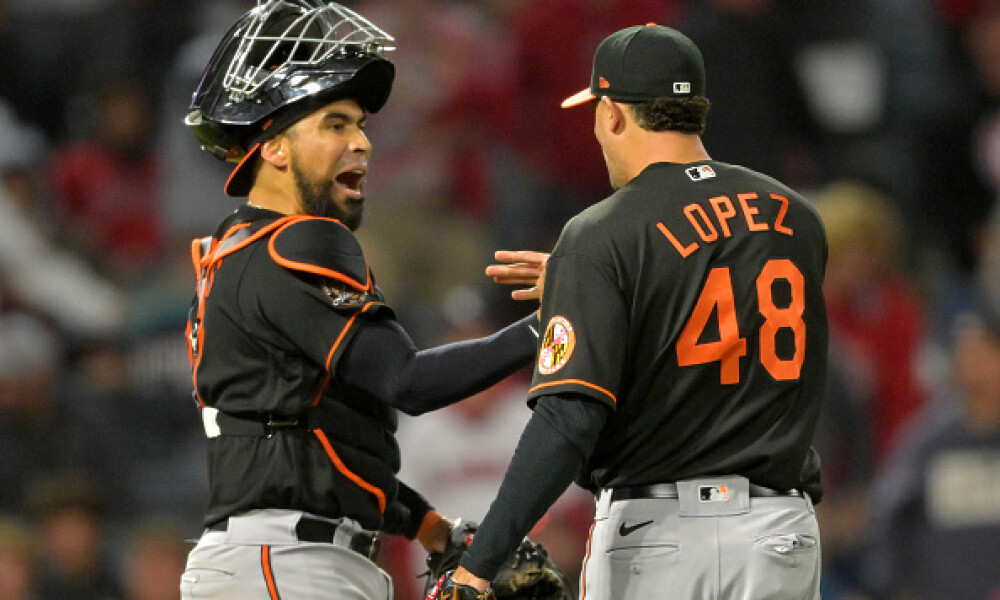 When managing fantasy baseball closers, you need to be prepared for anything, even if it’s the fact that the newly anointed closer of a team that won 52 games last season is among the 2022 league leaders in saves. In the past week the Twins and Orioles seem to have settled on a closer, one of the most trusted closers in the game is dealing with an injury scare and the A’s current closer might soon lose the job but there’s a good chance he could get it back again before the end of the season. Sounds crazy, but we’ve got it all covered for you in this week’s bullpen report. (The statistics quoted in this article are accurate as of the morning of 4.26.2022)

9 other pitchers had two saves

22 pitchers had two holds including:

David Bednar, co-closer for the Pirates, who pitched 3.1 innings, struck out eight batters and saved a game as well.

Erik Swanson pitched 3.1 innings, didn’t walk a batter, and struck out six for the Mariners.

Zach Jackson saved an A’s win, pitched 3.1 innings without walking a batter and struck out five.

Liam Hendriks and Josh Hader were widely selected as the top two closers in baseball in preseason drafts. Hader has kept up his end of the bargain, but Hendriks has not. He’s got four saves on the season but he’s also 0-2, given up two home runs and has a bloated 6.14 ERA. What’s more concerning is that the fact that he experienced back tightness following his Sunday blow up loss to the Twins. The White Sox were hoping that Monday’s day off would help things but entering Tuesday’s action Hendriks is day to day with back spasms. Kendall Graveman (2.16 ERA this season, 10 saves last season) and Aaron Bummer (1 save, 7.50 ERA on the season) will likely be in the mix for save opportunities while Hendriks is sidelined.

Jorge López has saved four of the Orioles’ first six wins and appears to be their closer moving forward. The former Brewers second round pick may have found his niche as the move from out of the starting rotation has helped him add just under three MPH to his fastball. Lopez’s curveball and changeup have been much more effective this season. Opposing hitters had a combined .309 BAA those pitches last season. We’re dealing with a small sample size, but so far, those pitches have a combined .181 BAA this season. Dillon Tate would likely be next in line for save opportunities if Lopez were ever unavailable. The Orioles have also used Felix Bautista and Cionel Pérez as late inning setup men, and both have pitched effectively this season.

With a fastball averaging just over 100 MPH, many speculated that Jhoan Duran was a natural fit to fill the closer role for the Twins with Taylor Rogers being traded to the Padres. Duran has been pitching in high leverage late inning spots of late but as this article is being written Emilio Pagán is the only Twins pitcher to record a save (he has two) this season. Pagan hasn’t been throwing his slider this season and he's added a cutter and splitter to his repertoire. With a 1.80 ERA and overall .188 BAA, Pagan is seeing positive results from the changes he’s made to his pitch mix. Duran may yet have his opportunity to close out games for the Twins. It even seems like they’re grooming him for the job. He’s got the classic skillset that we’ve come to expect from a closer, but even a young Mariano Rivera had to spend some time perfecting his craft as a setup man.

With Lou Trivino on the COVID-IL Dany Jiménez has filled in nicely as the A’s closer. Since Trivino has been sidelined Jimenez has pitched three scoreless innings across three appearances, saved two games and struck out four batters. Trivino will probably close out games for the A’s once he returns but there’s also a good chance that the A’s might try to eventually trade Trivino to a contender. If that happens, Jimenez could slide right back into that closer’s role. Stay tuned!

The following are examples of middle relievers who tend to make multi-inning relief appearances and who might have deep league fantasy value based on their recent performance.

King should see more opportunities after his phenomenal performance against the Guardians this past Friday night. He pitched three innings, gave up one hit, didn’t walk a batter and struck out eight. He has two holds and a save on the season.