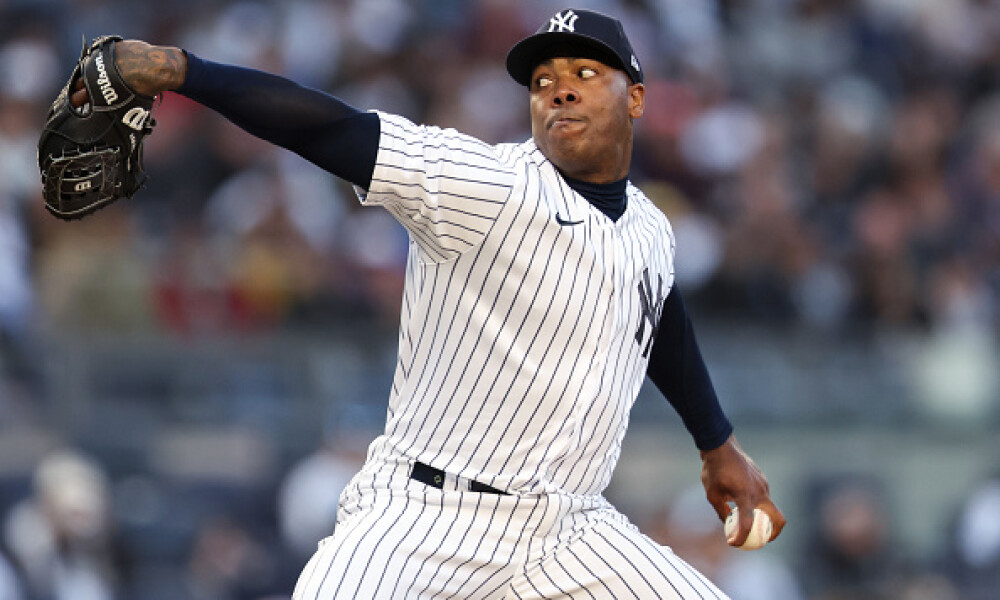 As if fantasy baseball managers didn’t already have enough obstacles affecting how we manage the closer position, increasing COVID-19 case totals across the MLB are making things even harder. It's impacting our fantasy baseball lineups and, specifically, our ability to compete in the saves and holds categories of our leagues. Moving forward, fantasy managers will need to monitor both MLB’s restricted list and the COVID-19-related IL to make roster moves and keep lineups competitive.

The COVID-19 IL is reserved for players who either test positive, show symptoms, or are identified as close contacts with someone who has the COVID-19 virus. Vaccinated players can be reinstated once they’re no longer considered infectious and must receive clearance from MLB’s Joint COVID-19 Health and Safety Committee. Unvaccinated players must submit two negative PCR tests before they can be reinstated.

The restricted list includes unvaccinated players who, per Canadian law, are not allowed to enter Canada and therefore cannot compete in their respective teams’ games against the Toronto Blue Jays. Beginning April 25th, the Red Sox and Astros will be the next two teams competing against the Blue Jays in Toronto. (The statistics quoted in this article are accurate as of the morning of 4/19/2022)

Since Friday, the A’s have placed seven players on the COVID-19 IL, including closer Lou Trivino and fellow reliever A.J. Puk. With Trivino sidelined, look for Dany Jiménez to be the favorite to close out games for the A’s – with Domingo Acevedo and Zach Jackson also likely pitching in high-leverage situations. Keep an eye on Justin Grimm as well. He’s got four career saves and a 2.25 ERA with six strikeouts in four IP this season.

It seems like deja vu all over again. As you’re probably well aware, Aroldis Chapman fell on some hard times last season once MLB started cracking down on pitchers who used sticky stuff to get a better grip on the ball. Chapman has lost a little over one MPH off his fastball since last season and, while it’s still being clocked in the upper 90 MPH range, it’s not landing in the strike zone as often. Chapman had an especially brutal time of it last week when he issued three straight walks on Thursday and then walked in the winning run the next night. As per @StatsByStats, Chapman is the only reliever in the modern era to walk all three (or more) batters he faced in one appearance and then issue a walk-off walk in his next appearance. Jonathan Loáisiga and Chad Green are worth stashing in deeper leagues just in case Chapman’s slide continues. Yankee relievers Wandy Peralta, who has five career saves, and Clay Holmes, should also be on your watch list.

Fantasy managers who roster Ryan Pressly were probably all shook up when he hit the IL (retroactive to April 14th) due to knee inflammation. Perhaps Pressly's knee issue could have contributed to a loss in velocity that has been plaguing him since the preseason. The Astros don’t expect him to be on the IL for too long, but manager Dusty Baker suggested that Héctor Neris, Ryne Stanek, and Rafael Montero (who has some closer experience) all could be in line for save opportunities with Pressly temporarily sidelined.

Last year at this time, David Robertson wasn’t even on an MLB roster. Now, he’s firmly entrenched as the Cubs’ closer. Entering Tuesday’s action, Robertson had four saves with four strikeouts and just one hit allowed over five innings this season. Many fantasy managers and analysts alike had presumed that Rowan Wick would open the season as the Cubs’ closer. Though Wick is still in the mix for saves when Robertson is unavailable, he’ll be competing for those opportunities with Mychal Givens – who was the only other Cubs pitcher with a save this season as of Tuesday.

Sometimes in fantasy, it's more beneficial to use top-tier middle relief pitchers who can provide several quality innings per week in your lineup – rather than a mediocre hit-or-miss starting pitcher. The following are a few examples of middle relievers who could have deep-league value based on last week’s performance.

Dillon Peters appeared in three games for the Pirates over the past week ad pitched seven no-hit, shutout innings. Peters also struck out five batters and walked four, while picking up two wins in relief.

Keegan Thompson also picked up two wins in relief this past week. He pitched seven shutout innings and struck out six batters while issuing just one walk for the Cubs.

Garrett Whitlock, who is being groomed for a spot in the Red Sox starting rotation, picked up a win in relief while pitching 6.1 shutout innings. He struck out seven batters and walked just two.