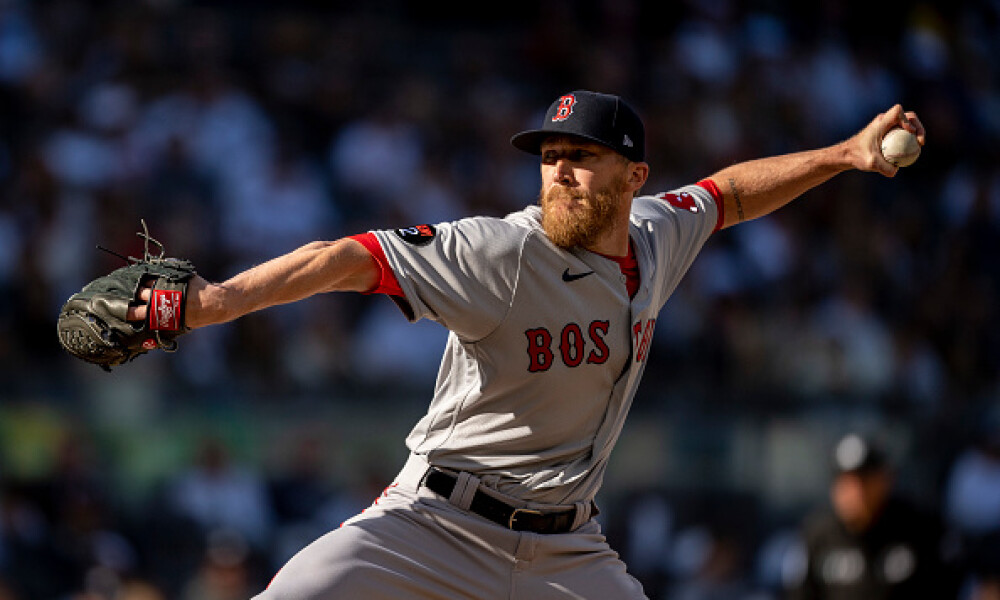 The fantasy baseball closer situation around the MLB is off to an exciting start as entering Tuesday’s action 29 different MLB pitchers already had at least one save. As of Tuesday, Padres closer Taylor Rogers and Blue Jays closer Jordan Romano topped the list of this season’s fantasy baseball closers with three saves each. Even though his velocity was a little lower than expected this spring, Astros closer Ryan Pressly has been pitching well and as of Tuesday was right behind them with two saves.

With many starting pitchers not having had the chance to get fully stretched out in this season’s shortened spring training, teams have had to rely on their relief pitchers more than ever so far this season. Starting pitchers are averaging just 4.4 IP per start compared to last season when they averaged 5 IP per start. As a result, 64 pitchers had at least one hold heading into Tuesday’s slate. Padres reliever Pierce Johnson had three and nine other relievers had two each.

Now that the regular season has begun, we’re starting to get some clarification as to how some teams will be managing their bullpens. For instance, it’s clear that David Robertson has settled in as the Cubs’ closer. However, it’s still very early in the season, and there are many fluid situations that we’ll all have to watch very closely. As always, we urge you to monitor our up-to-the-minute player updates on the Fantasy Alarm website, and also to visit our Closer Grid for bullpen configuration updates. In the meantime, let's take a closer look at some of those bullpens that we should be closely following.

As of Wednesday morning, Jake Diekman is the only Red Sox reliever with a save. Matt Barnes, the presumed closer, was dealing with a drop in velocity during the preseason and once the season started, was unable to pitch due to back tightness. He finally made his season debut on Monday and pitched the sixth inning of a game tied at one. His average velocity was lower than last season’s average, but it was higher than in the preseason. With Garrett Whitlock seemingly being prepped for a spot in the Bosox starting rotation, manager Alex Cora would love to be able to use Barnes as his everyday closer. However, if he can’t put his trust in Barnes, Diekman and Hansel Robles both have closer experience and have looked good in this young season. Matt Strahm is another Bosox reliever with a live arm to keep your eye on this season as well.

With Taylor Rogers closing out games for the Padres and Jorge Alcala on the 10-day IL due to right elbow inflammation, Jhoan Duran is our sleeper pick to potentially close out games for the Twins at some point this season. Tyler Duffey, had been Rogers’ setup man, but he blew his first save opportunity of the season on Saturday. Emilio Pagán, who saved 20 games for the Rays in 2019, pitched well in his first appearance for the Twins on Sunday, striking out two batters in his one inning of work. However, Duran’s fastball was clocked at 102 mph on Monday night, and it took him just 11 pitches to close out the 9th inning of a game that the Twins led 4-0. He’s worth a speculative add if you have room on your bench or should at least be on your watch list. He’s the type of pitcher who can eventually be a very expensive add-off the waiver wire.

Lucas Sims began a minor league rehab assignment on Tuesday and might be back pitching in late-inning high leverage situations for the Reds before long. Until then look for manager David Bell to continue to use whichever late-inning reliever he believes will give him the best chance to win from among Hunter Strickland, Luis Cessa, Art Warren, Justin Wilson, and Tony Santillan. Thus far Santillan and Warren are the only Reds relievers to have saved games for the Reds and based on how Bell has managed his bullpen in the past, you probably shouldn’t invest too much FAAB in anyone Red reliever.

The Dodgers rarely used Kenley Jansen on consecutive days last season and if the Braves follow their lead Will Smith might have more fantasy value than we originally expected. Jansen looked a little shaky in his first relief appearance for the Braves on Friday and hasn’t pitched since then. Smith pitched on both Friday and Saturday and is the only Braves pitcher with a save this season. Barring any unforeseen circumstances, we still think Jansen will have more saves than Smith by season’s end but with Jansen seldomly pitching on consecutive days, Smith should get his fair share of save opportunities.