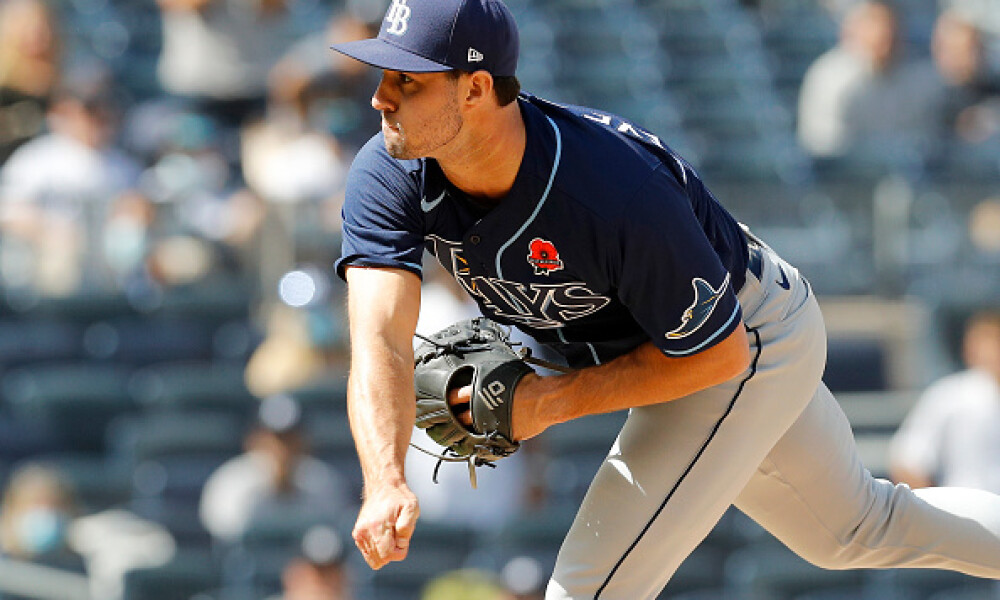 Ty France (SEA) – Admittedly, I have been more bearish than bullish on France. But I’ll give him credit, it looks like he’s recovered from the wrist injury that landed him on the IL. Since last Tuesday he’s hitting .400 with four multi-hit games and he’s driven in seven runs from the middle of the order. The power will return. Remember, he’s not in a park known to help with power, but he’s putting the bat on the ball and power should come back naturally to him. His last home run came in the middle of April so you could make the argument that he’s due.

Willy Adames (MIL) – Since joining the Brew Crew, Adames has quickly moved his way up the order hitting second in five of his last six games. In a small sample size with Milwaukee he’s slashing .289/.386/.500 including two home runs and nine RBI. The Brewers embark on a few series coming up that either feature nice matchups or hitter-friendly ballparks. I never really bought into him before with the exception of deeper leagues so a part of me is a little skeptic. But if he keeps the momentum rolling in Milwaukee, he’s a nice waiver wire find.

Kolten Wong (MIL) – Going to mention a second Brewer for this article as Kolten Wong has been red hot lately. Over his last 14 games he’s hitting .345 with a .411 wOBA and a .961 OPS. He has eight extra-base hits with a dozen runs scored, ten RBI, and three stolen bases. Not to mention he has six multi-hit games in that span so he’s kind of doing a little bit of everything.

Amed Rosario (CLE) – If you need a deeper league addition, Rosario’s worth a peak. He’s hitting well, which is all I can say. He won’t offer much power upside although in the month of May he raked three doubles, three triples, and a home run. But he hit .297 last month and recorded four steals (with another on June 1st). Anytime we can find cheap stolen bases on waivers we should at least give it some consideration. Rosario’s available in a healthy amount of leagues.

Gavin Lux (LAD) – Lux doesn’t have nearly the availability Rosario does, but his ownership is right around 70% on ESPN leagues. So this is mostly fodder for shallow league managers because it’s my personal belief Lux did enough in May to be owned in every league. Since May 2nd he’s slashing .283/.343/.485 entering Wednesday’s action with five home runs, 16 runs scored, and 19 RBI. He’s prone to going through cold spells over the course of two-to-four games but even last month he surrendered to those patterns and still posted solid numbers. If you’re not going to add him at least flag him and monitor his production, but I can’t imagine him sitting on waivers for long. 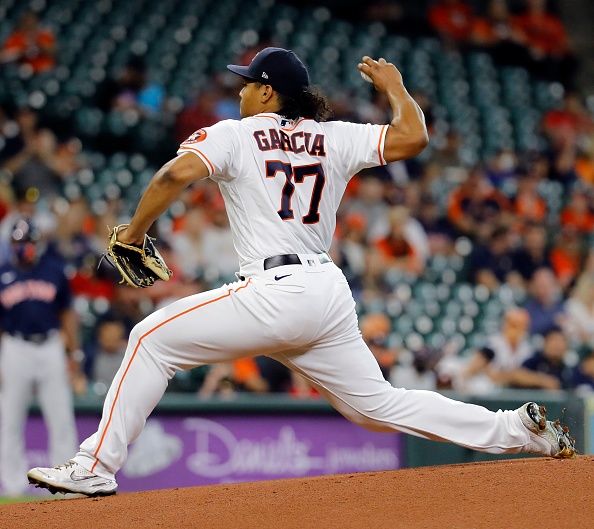 Luis García (HOU) – Garcia is absolutely rolling right now. I believe I mentioned not that long ago, but he’s coming off a seven-inning starting against the Boston Red Sox where he allowed one earned run on five hits and one walk. He struck out six, which means he’s now recorded at least six strikeouts in six of his last seven starts and in most of those starts he wasn’t even lasting into the sixth inning. He’s looked impressive in his last two appearances against the Dodgers and Red Sox. He’ll close out this scoring period against the Toronto Blue Jays so if you’re worried about the matchup at least consider what he did in his last two trips to the mound.

Logan Webb (SF) – I’ve been getting some questions regarding Webb and I will say that while I’m not completely sold, Webb is growing on me. I have more reasons to like him than to dislike him. For starters, he averages over a strikeout per inning, which you know I like to prioritize when look at starting pitchers available on waivers. Over his last three starts he’s generating swinging strikes at a 14.2% clip and he has a respectable 3.86 ERA with a 3.38 xERA so he’s pitching great and there could be positive migration to the mean. His next start comes Friday at home against the Cubs followed up with a road start against the Nationals next week.

Mike Minor (KC) – Sometimes I don’t know what to make of Minor. In five straight starts he has at least seven strikeouts, with an 11.79 K/9 in that span, but he also possesses a 4.03 ERA, which is relatively bland. On the season he touts a 4.65 ERA, but his xERA is nearly a full run lower at 3.71 so that’s appealing to us. He closes out the scoring period on Sunday against the Twins and then he gets a start next week against Oakland.

If you’re a little skeptical on Minor there are a couple other names you can look at. Tony Gonsolin is coming back and he’s only available in shallow leagues, but he looked good in his rehab starts. Shane McClanahan got roughed up by the Yankees on Wednesday, but he still struck out six in 3.1 innings and he has that nice K/9 upside. The downside is he doesn’t pitch very deep into games so you’re really just picking him up for the strikeout numbers and the occasional win, but he’s a risky grab in leagues that incorporate quality starts.

J.P. Feyereisen (TB) – This is probably the “must grab” reliever this week. Feyereisen was acquired by Tampa in the deal that sent Willy Adames to Milwaukee and he has made a name for himself in Tampa’s bullpen. Entering Wednesday night, he recorded three saves in six appearances with Tampa. He didn’t get the save on Tuesday, but he was brought in for a high leverage situation in the eighth inning and came away clean. I’d like to see him get a few more save situations, but with three already under his belt we can at least make the argument he’s in a committee with Diego Castillo (although it’s been a week-and-a-half since the latter recorded a save).

Héctor Neris (PHI) – Surprisingly enough, I’ve seen Neris floating around in some shallower leagues. His last two saves came almost a week ago, but the Phillies haven’t seen too many save scenarios in the last few days. It’s been almost a month since his last earned run and he’s averaging over a strikeout per inning. We know he’s capable of 25+ saves so if he’s floating on your waivers for some reason and you need help in this category, you know what to do…