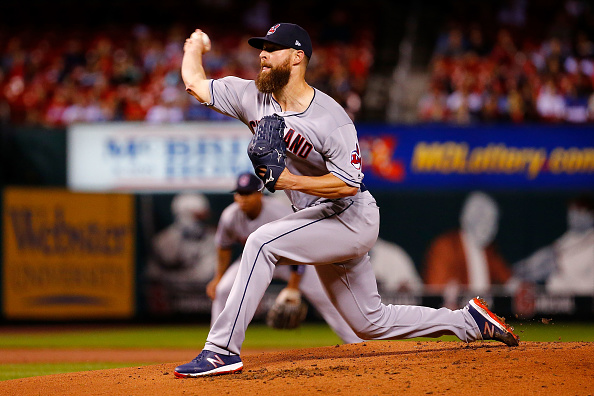 Now that the dual home run derbies of the mid-season have concluded, it is time to again ponder which two-start pitchers are worthy of roster usage. There are limited options, although that may change as rotations shake out with the return to full week play following the All-Star break (ASB). Be aware that the options listed below may suffer some re-shuffling, due to returns from the DL by certain starting pitchers as well as reshuffling of contending rotations that are possible due to the limited action in Week Sixteen.

Please realize that these articles feature most recent rotation information available when the article is written, but that circumstances do change due to weather conditions, injuries and general craziness with managers. If a pitcher listed here as having two starts ends up with one (or perhaps none) in the upcoming week, apologies but this article is meant to provide analysis, as it is up to individual managers to set their lineups and rotations.

Not a ton of options in the top tier this scoring period. All of these seven pitchers should be trotted out for both their starts, even Barrios who has to face the pitcher immediately below him in this group in Boston. Wind them up and let them go, and reap the expected results to start the unofficial second half of the MLB season.

Hendricks comes extremely close to qualifying for the top tier, although his lack of ability to pitch deeper into games diminishes his value. He has seen hitters past the fifth inning just once in his last six trips to the hill. Couple that fact with his limited strikeout potential (6.81 K/9 through 115.0 innings in 2018) and while he has utility as a SP, it is not enough to make him a must start option.

Eflin, unlike Hendricks, is an excellent strikeout source with an 8.78 K/9 over his limited 68.2 innings pitched (IP) this season. He also has superb control (1.83 BB/9 rate in 12 starts) and keeps the ball in the park for the most part (0.79 HR/9 rate) despite pitching his home games in Philly, so his second start in Cincinnati is not necessarily as worrisome as it could be for other SP's.

Rodon is a much better option in his second start against the visiting Blue Jays, as he has been exceptional at home this season, albeit over a small sample size. Thus, when he opens the week against the Angels, it would be wise to exercise caution about employing his services in your rotation. He offers below average strikeout numbers (7.33 K/9 over his seven starts this season) and walks too many for his ERA to stick below 4.00 for much longer, unless he turns things around dramatically.

Sabathia struggled a bit heading into the ASB, in a pair of road starts where he yielded a total of nine earned runs, although to be fair some bad luck and poor fielding behind him caused two of those runs to count negatively against him. He is another SP that does not offer much in the way of strikeout upside with a 6.93 K/9 rate through exactly 100 IP on the season. Facing Kansas City at home in his second start looks tasty, though.

Suarez entered the break, staggering a tad after allowing four earned runs to the visiting A’s on four hits and a pair of free passes, but had been within one out of tossing five consecutive quality starts (QS) prior to that game. He has been a fine source of strikeouts this season (8.29 K/9 in 16 starts on the season) with good control and an ability to produce groundballs (2.12 BB/9 over 89.0 IP, with a 2.05 GB/FB ratio). He does have a home start at the end of the scoring period against Milwaukee, not a pushover opponent but a game that plays to his home/road split strengths.

Wheeler offers great strikeout potential (8.89 K/9 in 107.1 IP), although he does toil on the bump for the less-than-awesome Mets and their underwhelming offense, which limits some win potential. Neither of his opponents are scary, though, so if you need K's, he is a good option in week sixteen despite his limited offensive backing.

Barria has good control, with just 19 walks in his 13 starts comprising 66.0 innings to date (2.59 BB/9). He has been posting attractive ratios (3.55 ERA and 1.21 WHIP), but his 4.88 FIP and likely unsustainable BABIP and strand rate (.272 and 78.3% respectively) all indicate that a correction may be in the cards for the 22-year old righthander. Keep in mind, however, that he does have two home starts this coming week, although in limited splits he has been slightly better away from Anaheim.

Teheran has been fairly similar at home and on the road in 2018, so taking on the Dodgers at SunTrust Park (new and improved with Manny Machado !) is not a poor matchup, and the game at Miami is one where you definitely want to use his skills in your rotation. He is a good source of strikeouts with an 8.35 K/9 in 19 starts, but his control is sketchy (4.34 BB/9 over 105.2 IP) and he allows too many dingers to be fully trustworthy (1.5 HR/9).

Musgrove has a poor matchup to open week sixteen when the Indians host the Pirates, but things look up with his second start at home against the Mets. Musgrove is a first-class strikeout artist posting an 8.49 K/9 rate through nine starts in 2018 so far, as he should be featuring a 93 MPH fastball in his repertoire. He pitches for a .500 team, that plays better at PNC Park than on the road, so if you are into streaming, his home trip to the mound holds the best promise for the Pittsburgh righty.

Minor wraps up the middle tier options and he just escapes the bottom tier due to having tossed six consecutive games where he held opponents to three or fewer earned runs, prior to blowing up against the sad-sack Orioles in his last pre-ASB appearance. His best streaming start occurs at home against the A’s in his first scheduled game in week sixteen, as he struggles on the road and thus, taking on Houston on Sunday afternoon is far too risky to be relied up for fantasy purposes.

Hamels has not been usable over his past four starts, and despite getting to face the surging A’s at home, he is too unstable to trust in either of his two starts to re-open the regular season. The southpaw Pomeranz is coming off a DL stint for biceps tendinitis in his throwing arm, so despite his successful minor league rehab in July, there is still concern in how he does facing MLB hitting, although if you believe, he is the best of the bottom tier to take a chance on in week sixteen. The balance of these SP's should be strictly avoided to eschew any damage to your ratio stats.