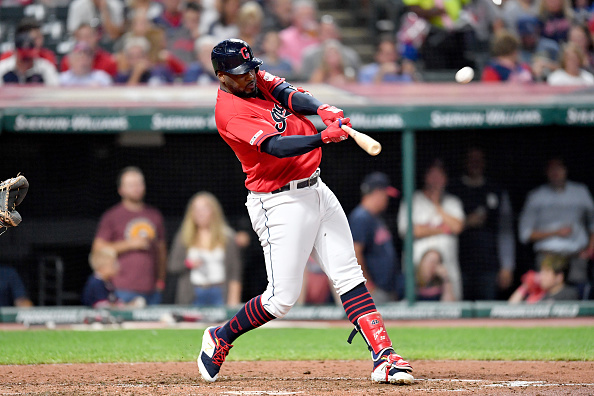 Well a week later and we are still wondering if there will be a baseball season.  50 games? 60? 82? Odds of more than that are slim considering the owners’ position that each game they play will lose money, so they are pushing for the least number of games possible.  So, what has the Mock Draft Army done to prepare for the shortened season? We have kept on mocking and we all have a little difference of opinion as to the approach one should take.

I’ve covered the infield and pitching the last few weeks. Now it’s time for the outfield. Are there hidden ADP gems that can get you out of the gate quickly? With most waiting on pitching longer and longer, offensive players have gotten a bump in ADP. Let’s take a look at who has moved up (and down) since we learned that there will be a shortened season.

Franmil Reyes had the biggest change in the top 300 moving almost 40 spots in ADP.  On 3/14 it was 137.15, and he rose up the boards to 97.82 as of 6/3.  The MDA is sleeping on him with an ADP of 161 this week. There is no love for Franmil in our mocks, but the love is there in the NFBC.  Reyes had a strong start to the spring and is the type of player that can vault you to the top of the standings in a short season if he comes out of the gate the same way.  He led the Indians with five home runs and 11 RBI in just 27 ABs.  If you look at last season’s first 50-60 games, Cody Bellinger ’s hot start would have skewed his owners towards championships.  Reyes could do the same.

The next player is one of my favorites this year to outperform his ADP, and those in the Army know that it is Kyle Schwarber .  Schwarbs has moved up a round and a half since March going from 142.13 to 124.73.  The MDA has followed suit with an ADP of 130 this week. With the expected added DH to the National League, he is one who may benefit with more at-bats.  So, if you’re thinking about him in the 12th round, you better grab him there.

The universal DH is adding value to several players in the NL and we see the ADP following suit with a number of them.  Here are a few of those that I found getting a bounce up the draft boards.

For each player, these all make sense that drafters are on these players earlier now.  J.D. Davis was expected to share time with Dom Smith (who should get a bump in deep leagues), but now can be an almost every day player with the DH as the Mets can keep the bats of Michael Conforto , Jeff McNeil and Robinson Canó in the lineup while Davis gives them a rest on the field.

The Dodgers trade of Alex Verdugo opened up some playing time for Joc Pederson (and of course the failed trade to the Angels) but the DH will give him a few more ABs. The biggest issue is will he get more at-bats against left handed pitching as he had only 50 of those last season.  Based on the projected starters in the AL and NL West who the Dodgers will be facing, 14 of the 45 are lefties!  That’s 31% and that can severely cut into his playing time so be wary.

When Avisaíl García was acquired by the Brewers it was expected that he’d play full time and Ryan Braun would move to first. Then they acquired Justin Smoak .  Now with the DH there’s room for all of them to get regular turns at the plate.  Garcia has been a consistent hitter and can be a good addition at his current price. 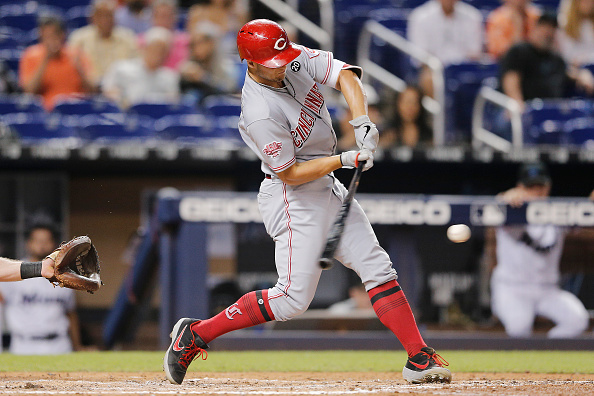 Another player whose playing time was possibly a question was Nick Senzel .  With the Reds adding Nick Castellanos and Shogo Akiyama to the trio of Senzel, Jesse Winker and Aristides Aquino , the distribution of playing time still needs to be sorted out.  The DH will make it easier for all of these outfielders to find time in the lineup. Aquino struggled in spring training and if he still struggles, that could lead to even more time for Senzel.

Lastly, we have Yoenis Céspedes .  Are his heels healed? Can he make it to second if he hits one in the gap or will he only hit singles and homers? The Mets will be intriguing if he can return and you don’t have to pay anything to take a chance on drafting him.

There are a few outfielders that have fallen a bit and could be bargains or they could just be worth less in the shortened season for one reason or another.  Aaron Judge has dropped from 40.37 to 52.33, a full round. His questionable recovery from his broken rib is most likely the cause and honestly, I wouldn’t touch him, especially at this current cost.  It is unusual that he hasn’t healed yet and since it’s such a question I can’t take a chance on drafting him.

David Dahl has also seen a drop of a full round from 146.82 to 158.43.  With the Rockies expected to play at home at this point and the DH addition, I’m not sure why we’re seeing this.  Dahl has been injury prone and hasn’t proven himself yet, but he may just be dropping due to others moving up.

The Astros’ hiring of Dusty Baker placed doubt into playing time for Kyle Tucker and with the shortened season these doubts have seemingly increased.  Baker has a history of sticking with veterans and with the expected sprint to the finish, Tucker’s ADP has dropped to 177 from 156.  If you can get him in the 15th round it may be worth the risk depending upon who else is available in your draft. He’s an unproven rookie with tons of potential but may struggle in a sprint as he learns.

In this shortened season, the OF landscape has seen some big changes. Some due to the drop in pitching ADP and some to the expected rise in playing time for newly crowned designated hitters.  Is there value out there?  I don’t think as much as there would have been for a full season.  Keep him on your radar, but be prepared to pay a little more for them.

Once again, let’s hope we have an agreement and start date in place by the time next week rolls around.  Join the Mock Draft Army in getting prepared for the shortened fantasy baseball season. Check www.rtsports.com/mock-draft-army for the current schedule as we’ll keep on mocking until the season starts….or gets cancelled.  Be safe!  Follow me on Twitter @gasdoc_spit I’m always available to answer questions!