Brian Anderson cranked a three-run home run in his first plate appearance back from the injured list on Tuesday versus the Diamondbacks.

Riley Smith's game is keeping the ball down and getting grounders, but he left one up to Anderson with two on in the first inning and the third baseman swatted an opposite-field, three-run shot. He also drew a walk and scored an additional run. Anderson wasn't hitting much before going on the IL, so hopefully this will get him going. May 04 10:05 pm (EST) 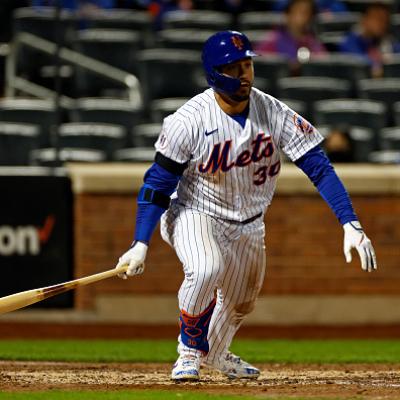 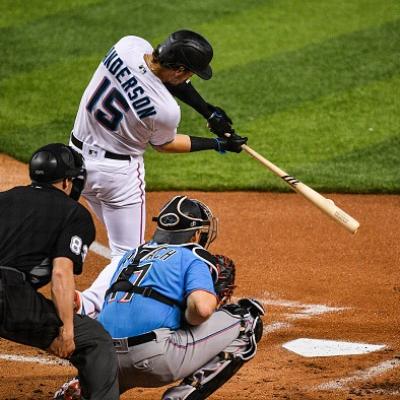 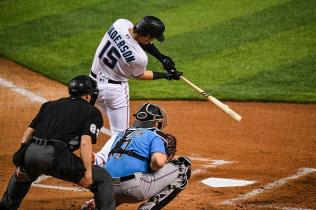 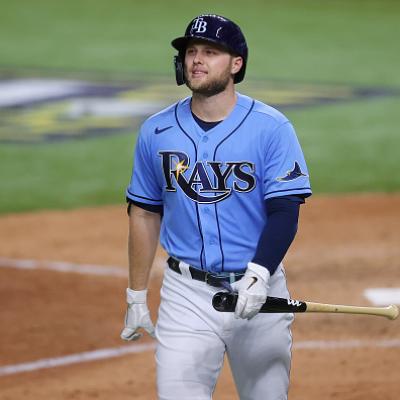 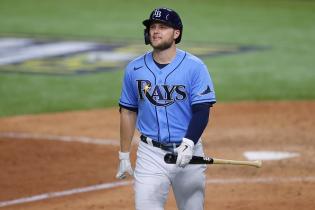 J. Gallo - RF
TEX1
Jon Heyman of MLB Network reports that teams in need of outfield help "are targeting" Joey Gallo.
Heyman also points out, however, that it's "unclear how available" Gallo is for trade. It wouldn't make much sense for the rebuilding Rangers to hang on to Gallo over the long haul unless they think they can sign him to a long-term contract. He's making $6.2 million in 2021 before one final year of arbitration eligibility in 2022, and Texas almost surely isn't going to be ready to compete during that window. Gallo has finally picked things up from a power perspective the last couple weeks, although his overall numbers this season are still underwhelming.
Added 4:07 pm (EST)
Added 4:07 pm (EST)

D. Solano - 2B
SF1
Alex Pavlovic of NBC Sports Bay Area reports that it "seems like a good bet" that Donovan Solano (calf) is activated on Friday.
Solano will play seven innings for Triple-A Sacramento on Monday as he continues his rehab assignment. He'll need to play nine innings after that in what would be the final step before he's cleared to return. Solano has missed nearly a month of action with a right calf strain.
Added 4:04 pm (EST)
Added 4:04 pm (EST)

B. Belt - 1B
SF1
An MRI taken of Brandon Belt's sore left side came back negative.
Belt is missing his third straight start on Monday, but he remains day-to-day and it seems at this point like he'll avoid a stint on the injured list. Darin Ruf is at first base on Monday in Cincinnati.
Added 3:56 pm (EST)
Added 3:56 pm (EST)

I. Vargas - 2B
PIT
Pirates claimed INF Ildemaro Vargas off waivers from the Cubs.
Vargas will remain in the division after being designated for assignment over the weekend. Trey Stokes Jr. was removed from the 40-man roster in a corresponding move.
Added 3:21 pm (EST)
Added 3:21 pm (EST)

M. Moustakas - 3B
CIN1
Mike Moustakas (heel) is absent from the Reds' lineup again on Monday against the Giants.
Moustakas also sat out Saturday and Sunday due to a right heel bruise. It's unclear when he'll be ready to return. Kyle Farmer will cover first base duties in his absence.
Added 3:02 pm (EST)
Added 3:02 pm (EST)

N. Senzel - CF
CIN1
Nick Senzel will start at third base Monday against the Giants.
Senzel is at the hot corner for the second straight game after missing some time with a heel injury. Eugenio Suarez is once again playing shortstop.
Added 2:42 pm (EST)
Added 2:42 pm (EST)