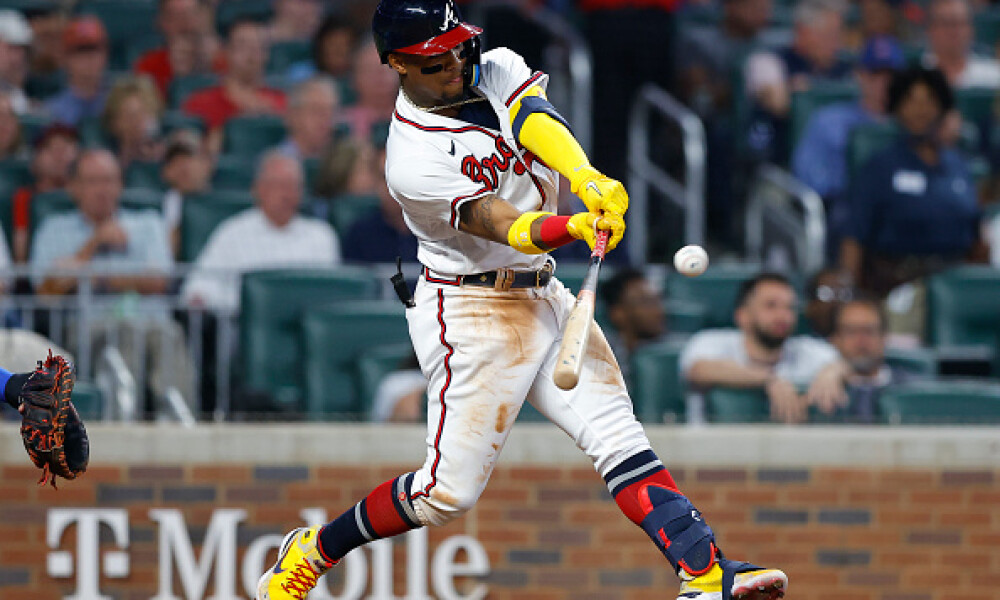 We are nearly through the month of April, and while injuries are an expected part of the game, I have to say that the injury situation isn’t as bad as I thought it might be given how the offseason was shortened. I’m sure those of you who have Eloy Jiménez and Adalberto Mondesi might not think it is so bad but overall, the injury landscape could be much worse. As we head into the last weekend in the opening month of April let’s highlight who is out and who is on the way back!

Adalberto Mondesi is always a polarizing player before a fantasy season starts, but that discussion has come to an end as he has torn his ACL in his left knee and will miss the rest of the season. Feel free to drop him in redraft and honestly probably in keeper leagues. The Royals don’t have anyone taking his spot that will be fantasy relevant.

The Cardinals third baseman Nolan Arenado, who is off to a torrid start, has been suspended for two games in his role in the bench clearing brawl against the Mets on Wednesday. This really only impacts those of you in daily roster moves, because Arenado is off to such a good start that I would start him even in leagues where you have weekly moves. Arenado is appealing the suspension so he will be playing until the appeal is heard. So keep him in your lineups until we hear the result of the appeal.

Kool and the Gang said it best when they said, “Celebrate good times, come on!” Ronald Acuna Jr. returned to the Braves lineup on Thursday and immediately made an impact with a hit and two stolen bases against the Marlins. This was his first game since July, and he already looked electric. Get Acuna back in your lineup immediately and let’s hope this is the last time he is in this article for the rest of the season. As I’ve said several times already this season, I drafted him a lot, hence my celebration at his return.

The Blue Jays first baseman Vladimir Guerrero Jr. fouled a ball off his foot on Wednesday and didn’t play on Thursday, but Toronto manager Charlie Montoyo said that he expects Guerrero to play on Friday. This is great news as it appears that there is basically no chance that he hits the injured list, and even if they give him another day off of Friday, he should play this weekend. Continue to deploy your first-round pick and let him to continue to lead your team.

The Cardinals right-hander Jack Flaherty threw from 240 feet on Wednesday and didn’t report any setbacks as he continues to try to work his way back from shoulder problems. He hopefully progresses to a bullpen session soon and then head out to a minor league rehab assignment before Flaherty would return, so we are looking at another month or so assuming he has no setbacks. Keep an eye on the news and be ready to add him if he happens to be on your waiver wire.

Another pitcher trying to make his way back, Chris Sale threw a seven-pitch bullpen session this week and didn’t report any setbacks. Seven pitches isn’t exactly something to write home about, but Sale has progressed to throwing off a mound and will need to have a few of these sessions before heading out to a minor league rehab assignment. We are probably looking for at least another month for Sale before he is able to return as he was placed on the 60-day injured list on April 4th. However, we will take any positive news when it comes as Sale can be dominant when he is on the mound.

J.D. Martinez aggravated his groin injury on Wednesday and he did not play Thursday. There has not been a timetable put on his return, but right now the hope is that Martinez can avoid the injured list. The fact that this is a nagging injury and the fact that Boston needs him to compete in the AL East, there is a chance that Martinez misses a few more game and could hit the IL to give him enough time to put this injury behind him. Keep Martinez out of your lineup for the next couple of days until you see he is ready to return.

Wil Myers left the game Tuesday night with soreness in his thumb, and now Myers has been played on the 10-day injured list with this thumb problem. He has struggled with this the entire season, and he has gotten off to a rough start because of it. Stash him on your injured list if you are able and I expect this to be a short stint on the shelf. Hopefully this time off will get him right and he can start hitting for the power that we are used to from Myers.

The Reds rookie pitcher Nick Lodolo has gotten better in each of his first three starts, but now a lower back strain. He has allowed a few more runs than we would like, but the strikeout rate has been great. So far the vibe from the team is this shouldn’t be a long term injury so hopefully Lodolo will only miss two or three starts and be ready to get back on the mound for the Reds.

When Lodolo was placed on the injured list, they activated Mike Moustakas who had a biceps strain. He missed the minimum amount of games, and hopefully the injury was holding him back as he was off to a .129 start without an extra base hit and had just one RBI. Keep him on your waiver wire but monitor his production as he does have 20-25 home run capability.

This one is a couple days old, but Eddie Rosario was placed on the 10-day injured list with blurred vision and swelling in his right retina. He is going to undergo a laser procedure but is still set to miss the next two to three months as he recovers. With that kind of timeline, you might have to drop him in leagues without injured list spots or if yours are already filled. Rosario is a solid player but not a superstar that you absolutely must stash.