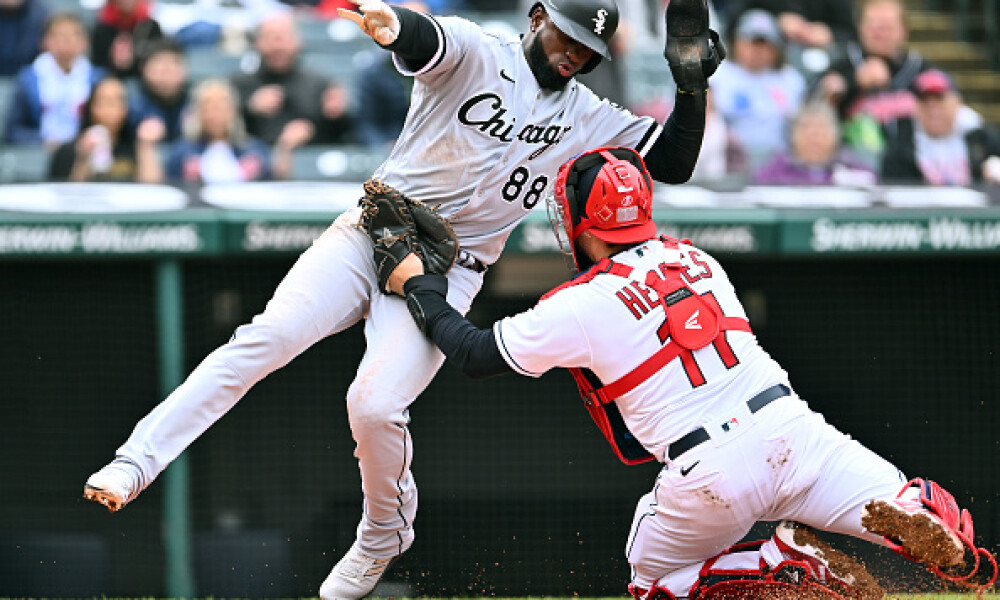 We are entering another weekend of fantasy baseball, and as always, injuries play a huge role in a lot of the decisions we make. Whether you are in a league that allows daily roster moves or if you have to set it and forget it for a week, your decisions are rarely easy. We still have been lucky enough to avoid any seriously long-term injury to a fantasy stud, but there are plenty of little bumps in the road to make our roster decisions difficult. Let’s take a look at the latest injury information such as who is going to be out and who is on the mend and soon should return to help us move closer to a championship.

J.D. Martinez left Wednesday’s game with some left groin tightness and missed Thursday’s game as well. The idea is still that Martinez will still avoid the injured list, so the missed game isn’t too big of a concern as of yet. If he misses Friday and Saturday there might be some changes to that expectation, but right now things are still on track. For those of you in daily roster movement, you can wait and see when official lineups come out on Friday. For those of you in leagues with weekly roster moves, if Martinez doesn’t play the entire weekend, I would be shocked if he didn’t hit the injured list. As of right now I would remain optimistic but pay attention to the news.

The Blue Jays slugger George Springer left Wednesday’s game early after taking a pitch to the forearm, and he wasn’t in the starting lineup on Thursday. However, he did enter the game later on and had two at-bats but struck out both times. Springer didn’t look overly comfortable either in the batter’s box or swinging the bat, so I wouldn’t be shocked to see him miss Friday’s game or even land on the injured list. Even if he plays in the next day or two, I would likely leave him on your bench if you have anything that resembles a decent option to fill in for him. I have a feeling that this is a story we will be updating again on Monday.

One of the White Sox studs, Luis Robert left Thursday’s game with a groin injury after trying to leg out a ground ball in the eighth inning against Cleveland. We haven’t heard of a timetable yet, but manager Tony LaRussa did tell reporters that there is a strong chance that he hits the injured list, but it isn’t likely that this is a long-term injury. Nothing is definite as of this article though and hopefully we will have a much clearer picture in time for Monday’s injury report. For the time being, I would assume that Robert won’t play this weekend at all. A.J. Pollock looks to also return this weekend from a right hamstring injury so the Sox could be trading one guy going on the injured list of another guy coming off of it.

He left Wednesday’s night game with left knee tightness, but Josh Bell had an MRI on Thursday that came back clean, and he was able to play yesterday as well. As of now it appears that you can plug him back into your lineup and hope that he gets back to being the slugger that he is capable of being.

Brewers shortstop Luis Urías will begin a Minor League rehab assignment on Saturday as he recovers from a quad strain he suffered in March. It looked fairly severe when he did it, so it is good to see him starting to get back on the field in April. He hit 23 home runs and stole five bases last year, and he could have gone undrafted in your league because of the injury. If you need any sort of help at middle infield, I would check your waiver wire and pick him up now before it costs you more later. He should rejoin the team late next week.

The Twins oft-injured potential superstar Byron Buxton returned to the lineup on Thursday after missing nearly a week with a knee injury. He had just a single, but it was good to see Buxton back on the field and able to participate in games again given his extensive injury history. Those that took the chance that this was the year he stays healthy can go back to plugging him into your lineups and holding your breath on a daily basis that he gets out of each game without getting injured.

The troublesome right wrist seems to be healing quite well and Alex Kirilloff should be go on a Minor League rehab assignment at some point next week, and assuming all goes well he should be able to rejoin the Twins near the end of the month or the first week in May at the earliest. It remains to be seen if Kirilloff can stay healthy and produce at the Major League level, but he is still a guy that I have a great deal of faith in for the 2022 season.

White Sox ace Lucas Giolito is set to return from the injured list on Sunday, April 24th against Cleveland. Giolito hit he shelf on April 12th with an abdomen injury, and while that was a potentially bigger problem, he has recovered well enough to get back on the mound not much past the required ten days. I am still a bit skeptical that this kind of injury can be reaggravated, but it is a great sign that he threw just a simulated game and now is being brought back to the big leagues. Despite the team’s strong start, he also gets a good team to come back against in Cleveland in the second game of a doubleheader. He is definitely worth starting right away in leagues with daily roster changes.

With Trevor Bauer's administrative leave set to end on Friday, April 22nd, Major League Baseball and the Players Association have agreed to extend the leave another week to April 29th. Regardless of what you think of Bauer, this is getting a bit ridiculous. Why keep extending this a week at a time? Either you know that you want to suspend Bauer for a really long time or want to let him get back on the mound in a reasonable amount of time. This should be done a month at a time rather than a week at a time. What are they investigating? Regardless, those of you who took a shot at him late in drafts are stuck in limbo another week, but I think that this is going to stretch out at least until Memorial Day if not longer.

In his first game back from the injured list, Rangers’ starter Jon Gray allowed four runs in five innings but even worse left the game with a left MCL injury in his knee. He just returned from a blister problem and now this happens. Gray is not off to a great start in his first season with the Rangers. He said that he doesn’t expect to miss much time but a stint on the injured list again definitely seems possible. Don’t be shocked if Gray ends up missing more than two starts.