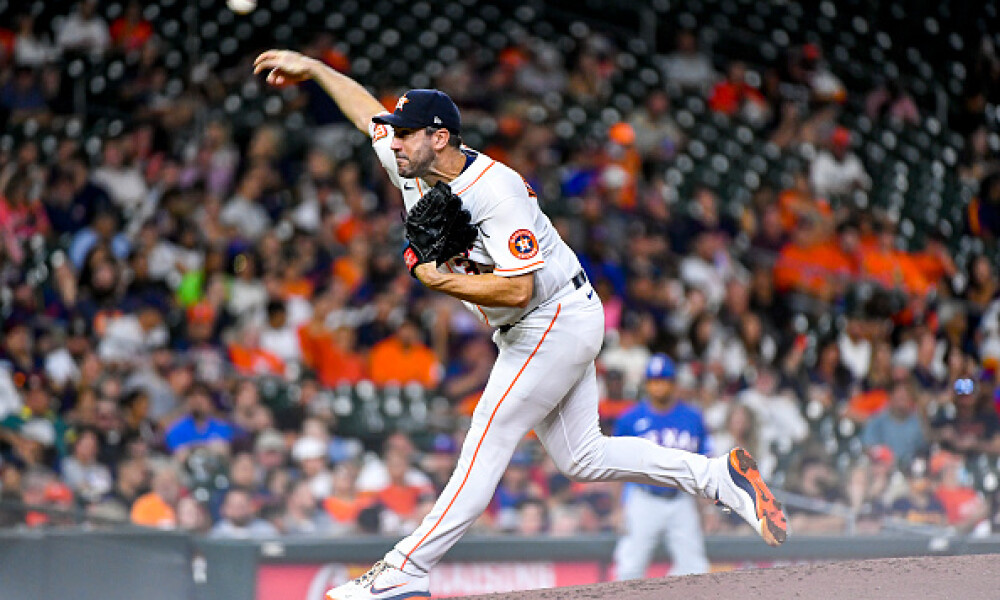 We are under three weeks to go in the fantasy baseball season and if you are still reading this then congratulations — you are still in contention for a championship! MLB injuries are still super important, not only for who it going out but potentially who might be coming back and if they were dropped in your leagues. Don’t lose focus now! Don’t go into the weekend and forget about your fantasy baseball lineups, the grind is almost over and the glory is almost yours! So, let’s get right to the latest fantasy baseball injury report.

It looks like the Astros and fantasy players are going to get a stud back in the last three weeks of the season. Verlander is set to return and pitch on Friday for the Astros, and it couldn’t come at a better time as they are going to play the completely punchless Athletics. He is having another fantastic season, and this will be an awesome shot in the arm to your fantasy teams down the stretch.

One stud pitcher is due back in Verlander, and another one did come back on Thursday for the Rays. McClanahan struck out five over five innings and didn’t allow a run against the Blue Jays. He did only throw 69 pitches, but the five innings were enough for him to qualify for the win. He gets another tough assignment his next time out against the Astros, but the guy has a 2.20 ERA for the season, he can shut down any lineup when he is on.

The big hitting first baseman took a pitch off the hand on Wednesday and was unable to return for the Phillies on Thursday. The good news though, is that the x-rays came back negative so at least we know there are no broken bones. That should mean that Hoskins will be able to return at some point over the weekend, or Monday at the latest or you think the team would have put him on the injured list. He is two away from cracking the 30-homer plateau and the Phils are still battling for a wild card spot so I’m sure they want their guy out there as soon as possible.

The Mariners outfielder hasn’t played since Sunday because of tightness in his lower back, and there’s no sign of his return that is imminent. I will say this though, if the team thought he would be out much longer, you would think that they would have put him on the injured list. I would expect him to return at some point this weekend, even though the team really hasn’t given us any sort of indication of that.

This guy hasn’t played since September 1st with back issues, but the team never put him on the injured list. He was spotted taking swings at the Dodgers spring training facility on Thursday and he was set to fly to San Francisco in time to join the team to play the Giants. Whether he is in the lineup on Friday or not remains to be seen, but it looks like he should be back any day. He hasn’t exactly had an awesome season so this might not help fantasy players too much, but we are always short on middle infielders so perhaps the return of Lux will help some of you out there.

It has been a rough first season for Suzuki in the Majors, and it just got tougher. Suzuki was plunked in the hand on Wednesday in the ninth inning and is headed for some x-rays. The good news is he did go back in the field in the bottom of the ninth, but the bad news is the Cubs stink and have no reason to rush this guy back for the end of the season. Keep watch on the news, but I won’t be the least bit surprised if they sit him down a bit here.

Another terrible team that lost someone is the Pirates. Brubaker lasted just three innings on Thursday before leaving with a lat strain. I have no idea the extent of the injury yet, and I’m sure he is going to go for an MRI but tell me why the Pirates would put him back on the mound again. Outside of strikeouts he wasn’t really helping you anyway, so if you are in a deeper league where Brubaker is on your roster it is probably pretty safe to let him go.

The Reds fireballing right-hander is set to return from the injured list in time to pitch one game of their doubleheader on Saturday. The kid is raw and inconsistent, but when he is on his game, he can be unhittable. Obviously, from his ERA over 5.00 he isn’t unhittable often, but his 127 strikeouts in 102.2 innings is impressive. If you are in need of strikeouts down the stretch give this kid a pickup!