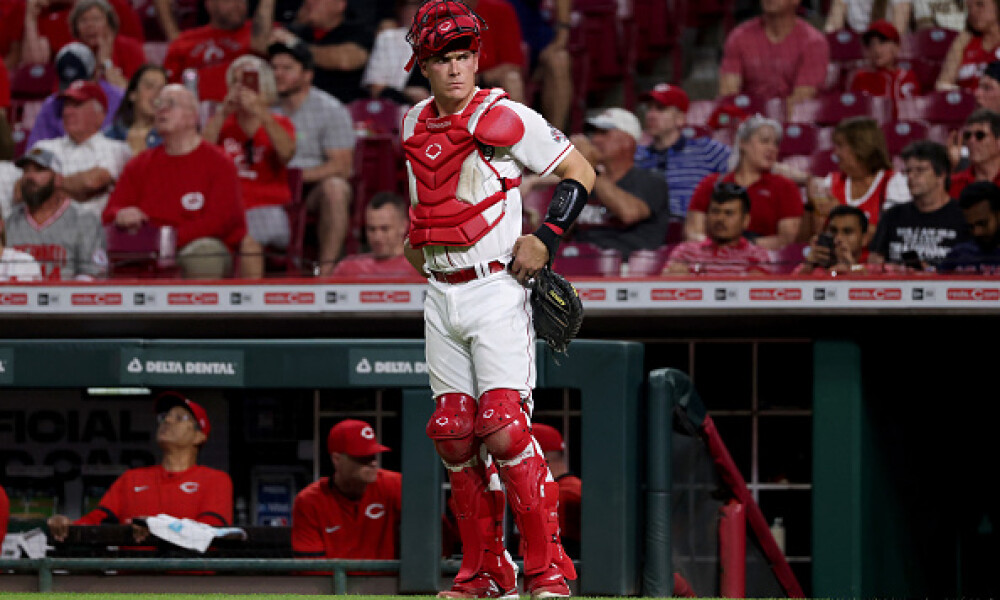 The knock on Mike Trout has become that he can’t stay healthy, but he was having an awesome start to the year. He was pulled from the game on Tuesday with a groin injury, and he hasn’t played since. It seemed like he was available to pinch hit on Thursday, but he did not enter the game. The fact that three days have passed now, and Trout has not been placed on the injured list is a great sign. The fact that Mike Trout is injured is not good. As of right now, it looks like this is not a serious injury, although the way the Angels are playing right now it wouldn’t be shocking to see him hit the injured list retroactive to when he last played. Keep an eye on the news, but either way this shouldn’t be a long absence for him.

It is always good when a pitcher gets through his first start after coming back from injury without a setback, but that is about the only positive thing we can say about Stephen Strasburg’s return. He allowed seven runs over 4.2 innings. He did strikeout five so there’s that, but this was brutal. He faces the Braves next, and after this start it makes it a question whether you should start him against a strong offensive team.

The bad news for the Nats is that Nelson Cruz was scratched from the lineup on Thursday and will undergo an MRI to find the extent of an injury to his back. I am not excited about the fact that he was immediately scheduled for the imaging on a day that he was scratched late, and I fear that we might be getting bad news here. For now, find a replacement in your lineup for him and hope for the best, but Cruz is going to turn 43 in three weeks, and a back injury is bad news. Keep your eyes on this news to see what the diagnosis is.

I know what you are thinking, wasn’t Andrew Kittredge just in the last injury report? Indeed, he was as he was returning from a back injury. Well, it is now Friday, and he is back on the injured list, but this time for an elbow injury that is likely to need surgery and will likely cost him at least a month. The Rays will likely use just about any one to close games now so there isn’t an easy add after losing Kittredge.

Sticking with the Rays, we have been following Shane Baz's rehab from the start and now the young Tampa hurler is ready to return from the injured list this weekend, likely Saturday to start. Baz pitched very well at the end of last season and during his rehab start. The kid has a world of potential and should be activated upon his return.

Here is another pitcher returning from injury this weekend as manager Dave Roberts said that Clayton Kershaw would be starting this weekend, although which day is not set in stone just yet. His start could be on Saturday or Sunday, but either way it will be nearly a week since his final rehab start so he shouldn’t have too much of a restriction. Get him activated from your injured list today so no matter which day he starts you will be ready.

Lance Lynn pitched horribly in his last rehab assignment, but the pitcher says he is ready to return to the rotation, but manager Tony LaRussa has said the team hasn’t made a decision yet. Lynn is looking to return to the White Sox next week some time, but the White Sox are going to wait another day or two before they make a call. Hopefully we have more news before Monday’s injury update to provide clarity to this situation.

The White Sox slugging outfielder Eloy Jiménez was called back from his rehab assignment with pain in his right hamstring. It is too early to say whether this is a major setback or if Jimenez might sit for four or five days, but it surely isn’t a good sign right now. The only advice here is keep stashing him and hope for the best.

This one hurts. One of the top catchers in fantasy baseball, Tyler Stephenson has a fractured right thumb after getting hit by a foul tip and he is going to miss 4-6 weeks. Hopefully he stays within this timetable and he can come back around the All-Star Break.

The Yankees' closer Aroldis Chapman was able to play catch on Tuesday and is set to throw a bullpen session on Saturday as he tries to return from an Achilles injury. He already has missed two weeks and is only throwing just now, so his return is far from imminent. Clay Holmes has been nearly unhittable filling in as closer with nine saves, four wins and an ERA near 0.30. Is there a chance that Chapman doesn’t close every game upon his return? I would say that is totally in the realm of possibility if Holmes continues to be lights out.

The Cardinals young outfielder Dylan Carlson is past his hamstring injury and is set to rejoin the team on Friday and get back in the starting lineup. Carlson mashed it in the last two days of his rehab assignment and looks to get back on track after hitting under .250 with just two home runs in the first 40 games of the season.

Max Muncy was activated on Thursday from the injured list and immediately paid dividends as he had five RBI in the game including a three-run home run. He missed about two weeks with elbow inflammation but sure looked healthy against the White Sox. Hopefully you put him in your lineups for Thursday’s game, but if now employ Muncy right away for the weekend as he was no worse for the wear with his injury.

The Brewers stud pitcher Brandon Woodruff was able to throw a bullpen session on Thursday, but afterwards it was announced that he was suffering from Raynaud’s syndrome which causes decreased blood flow to the fingers. This circulation problem is surely going to stall his rehab and as of now we have no word on when he might throw another bullpen. This setback is unfortunate, and we await more news on when Woodruff might progress towards his return.

The Arizona first baseman Christian Walker was hit in the head with a fastball on Thursday, and despite the fact that he left the field immediately after being plunked, he appears to have avoided any real injury. Walker said he passed concussion tests and he also didn’t have any headaches. He has a little swelling above his eye, but Walker seems like he will be fine. Don’t be surprised if he misses a day or two, but at this point I don’t expect him to hit the injured list.

It is the first good news for the Mets pitching staff in a while that Tylor Megill will be returning to the rotation on Friday. I am still interested to see if he will pitch as well as he did to start the season, but he has had a nice start to his career. Megill threw 53 pitches in his rehab start, so he is likely to be on an innings limit in this one so you might want to wait to us him for fantasy purposes until he is likely to go deeper into a game.

The Blue Jays put one of their catchers, Danny Jansen, on the injured list, although that isn’t the story here. Jansen was hitting .232 so it isn’t like he was some great fantasy catcher. He fractured his pinky though and there is no timetable for his return. I mention this here because the team is calling up top prospect Gabriel Moreno from Triple-A. He is certainly worth a grab if you punted catcher and are trying to come up with a substitution that can help your team.