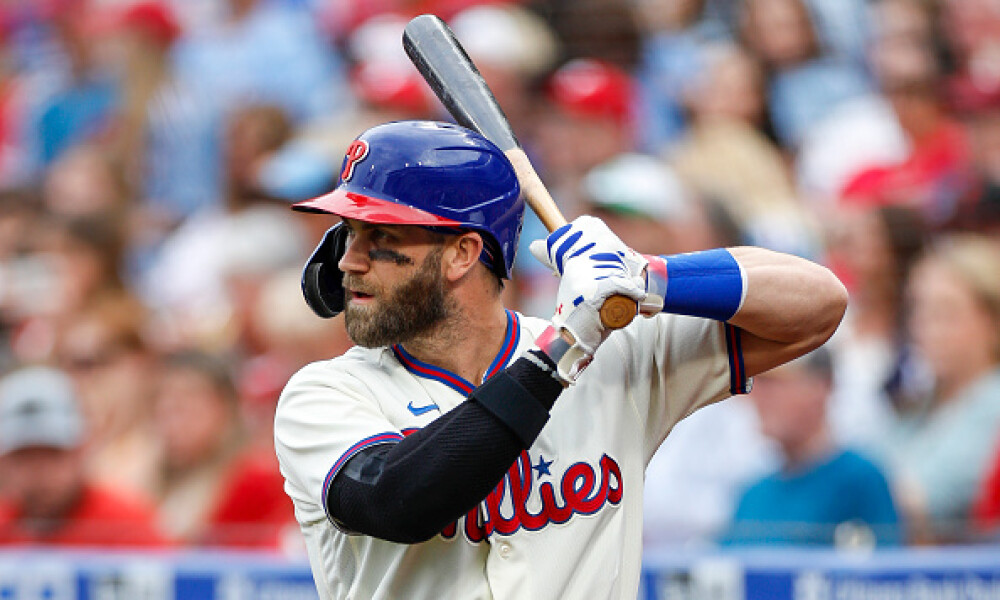 He is still not 100% and won’t play the field for the rest of the season, but Phillies stud Bryce Harper will be activated from the Injured List for the team on Friday. His elbow will not cooperate enough for him to play the outfield, but fantasy players sure don’t care about that. They want the reigning NL MVP to be back in their fantasy lineups for the first time since June 25th. They will get their wish, so be sure to get Harper activated now.

The soon-to-be Half-Billion Dollar Man tweaked his back and was a late scratch on Tuesday. Juan Soto was not in the lineup on Wednesday, either. However, while back injuries are tricky to deal with, you would think that San Diego would take no chances with their star heading to the playoffs. I believe that Soto will be back in the lineup on Friday and, at worst case scenario, by Sunday.

There was no news of him dealing with an issue after his last start, but Wheeler has now been placed on the 15-day Injured List with forearm tendinitis. Pitchers and forearm injuries are never a good mix, but Phillies team president Dave Dombrowski said that the injury isn’t serious. Color me skeptical, but until we get further news, we have to take the team at its word. Stash the stud and hope that Wheeler is back in two weeks.

While being one of the best surprises of the season, Cortes has now hit the 15-day Injured List with a groin injury. The move is retroactive to August 22nd, but this also will help limit his innings as he is already at 131 – which is above anything he has thrown before. Don’t be surprised if the Yankees hold Cortes out a little longer assuming their lead in the division doesn’t get any closer.

One of the biggest bombers is back in the Bronx as Stanton has been activated from the 10-day Injured List following an Achilles injury. It has been just over a month since Stanton has taken the field. New York badly needs his big bat in the lineup and fantasy players are hoping that he can come back and park a good number of homers in the seats before the end of the season.

The Astros' closer had an injury-filled week and on Thursday, the team finally put him on the 15-day Injured List with a neck injury. The move is made retroactive to August 22nd, so there are a few days already served. Hopefully at the end of those two weeks, Pressly will be able to return to the back end of the Houston bullpen.

We have previously documented Franco’s setback in his rehab assignment from his hand injury. The recent news is not good as it seems that Franco is not going to play over the weekend and he won’t get back on the field until the beginning of next week. The continued pauses to his rehab assignment concern me more and more. I won’t be surprised if the Rays end up shutting down Franco for a longer period of time.

The Yankees' closer was going in the toilet before landing on the Injured List back on August 14th, but news is that he will be activated and rejoin the team on Monday. Holmes will thus make his return in the minimum number of days on IL. The Yankees might not put him right back into the ninth inning, but I assume shortly after he will be the closer again.

The Cubs' slugging catcher hasn’t played in four days since injuring his ankle. However, Contreras has not been placed on the Injured List, so you have to figure after this much time that the team believes that he could be back soon. Considering he missed a day game on Thursday, I would bet that he is back behind the dish for the Cubs on Friday or, at worst, in the lineup at DH.

The disappointing season of the Angels' first baseman has come to a close. Walsh was placed on the 10-day Injured List on Thursday with thoracic outlet syndrome. Three hours later, though, he was transferred to the 60-day IL and the team announced his season was over. Walsh will likely require surgery but should be ready to go when 2023 comes along.

He was one of the bigger disappointments of the season, but Rogers is set to rejoin the Marlins after a great final rehab start. Recovering from a back injury, Rogers struck out 12 in six innings without allowing a hit. He was 4-10 with an ERA approaching 6.00 in 2022, so it is hard to get too excited. Still, perhaps the Rogers of 2021 will return after that dominant rehab outing. If you’ve been stashing him, it is time to clear that roster spot.

The White Sox third baseman was taken out of the game on Thursday with a hamstring injury. Moncada has been in and out of the lineup all season long and has been absolutely awful in 2022. This seems more like a short-term concern than a trip to the IL, but Moncada has been hurting your team all year. There’s only five weeks left in the season, so stop waiting for him to either stay healthy or turn it around and cut him loose!

This probably isn’t crushing anyone’s fantasy team, but Greinke was placed on the 15-day Injured List with forearm tightness. The Royals aren’t going anywhere, the 38-year-old isn’t having a good season, and as stated earlier, forearm injuries aren’t good news for pitchers. This could be the season for Greinke, but even if it isn’t, does it matter? It is time to cut him and try to find another arm on the waiver wire.