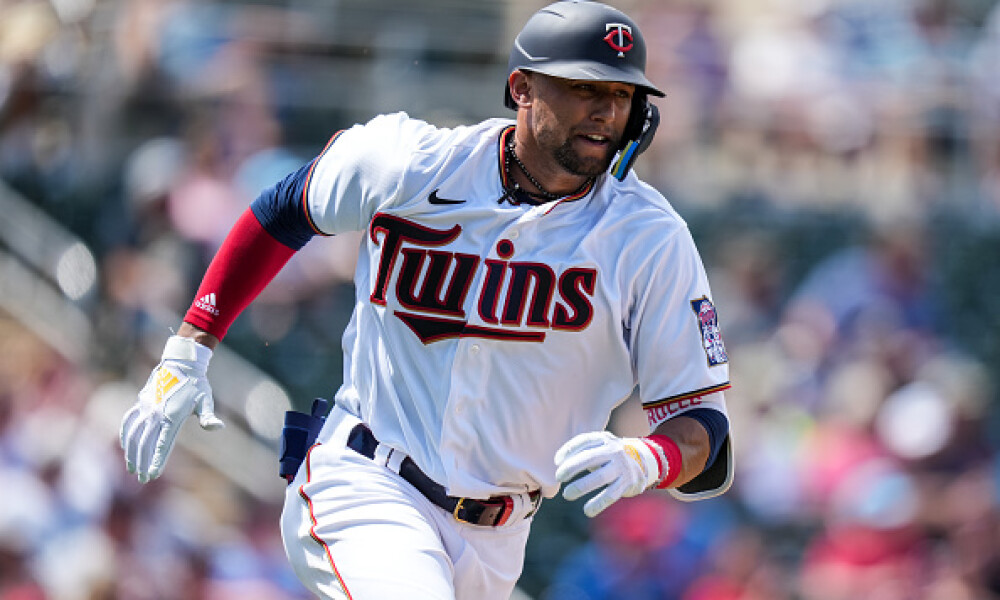 Clarity is important here. The latest installment of fantasy baseball waiver wire pickups didn’t get confused with MLB fantasy rankings for prospects. While they are still two distinct items, the majority of fantasy baseball news heading into the weekend was around prospects that either are on the cusp of promotion or have been promoted. I’ll take a look a few of those players below, but while you hit the fantasy baseball waiver wire this weekend, don’t forget about some “boring” veterans who also have value to the back end of your roster. It is also unintentional, but we do have a Minnesota Twins slant here.

Initially, the fear was that Carlos Correa was headed to the Injured List with a broken hand, but it’s just a bruise that will keep him sidelined on a temporary basis. Luis Arraez is also currently on the COVID list so it was a no-brainer for Minnesota’s top prospect to receive a promotion. While Correa should reclaim shortstop within a few days, Lewis still got the call up to the big leagues and picked up his first career hit on Friday. After missing all of last season with a knee injury, Lewis is healthy and was hitting .310 in 24 games at Triple-A prior to his promotion with three home runs, eight stolen bases, 11 RBI, and 21 runs scored. It’s hard to ignore that level of production, and I expect Minnesota to find playing time across the diamond for the versatile Lewis.

The path to playing time for Miranda is a little clearer with Miguel Sanó sidelined for the next six to eight weeks but his trajectory to the big leagues is a little different. Miranda wasn’t receiving a great deal of buzz in prospect circles prior to last season when he hit a combined 30 home runs between Double-A and Triple-A while driving in 94 runs and hitting .344. Through Friday, Miranda has five games with the Twins under his belt, and while he has gotten off to a slow start, he did reward our faith with his first career home run. The two things to note here is that Miranda has consistently shown the ability to manage his strikeout totals and there is some real power here.

If you want another shot at stolen bases, although not with the same potential upside, then Gimenez warrants closer attention. While he only has two stolen bases on the season, he did steal 11 last season and it is a solid part of his game. Gimenez doesn’t walk or hit for power, but he has been racking up some hits as of late and is hitting .344 on the season with 14 RBI and eight runs scored. The middle infielder has cut down his O-Swing to 38% this year, but the largest part of his game is simply putting the bat on the ball and letting his speed take over.

Wade is available in just about all leagues (95% in Yahoo) after missing the first month-plus of the season. He returned to action last night for the Giants and despite going hitless, I would expect him to slide back into what he was doing last season. In 109 games in 2021, Wade hit .253 with 18 home runs and 56 RBI but we do have to acknowledge that all of those home runs did come against right-handed pitching as Wade is a clear platoon option. It does help though that he is on the strong side of the platoon.

Pineda hasn’t seen the sixth inning yet this season in three starts, but he does have a 3.77 ERA over three starts. It’s clear that Pineda isn’t the pitcher he once was, and instead, he has turned into a streaming option who is striking out just five batters per nine innings so far this season. We only have a sample size of 14.1 innings, so I wouldn’t read too much into that, but Pineda is no longer the type of pitcher who can over power opposing hitters. That being said, he doesn’t necessarily need to this week as Pineda takes the mound twice this week against Baltimore and Oakland and has a chance at two victories.

Pitching in Coors Field last season didn’t seem to trouble Gomber last season, and to begin this year, his splits are running in the opposite direction but it is just 26.2 innings. This week we get one of each from Gomber as he faces the Giants on the road and then Royals at home in what should be favorable matchup. On an overall basis, Gomber has a 3.58 ERA through five starts (3.49 FIP) while striking out 8.46 batters per nine innings and limiting the walks to 2.60. In his last three starts, things have been even better as Gomber has struck out 20 batters in 18.2 innings while picking up two victories and only walking two batters.

It’s all about getting in early, and there has been a lot of buzz coming through lately (including our very own Matt Selz) on Meyer’s imminent promotion to the major leagues. In five starts so far this year at Triple-A, the right-hander’s ERA is just 1.71 while striking out 11.28 batters per nine innings to go along with just 2.05 walks. It shouldn’t come as a surprise after Meyer struck out 10.07 batters per innings last season while recording a 2.41 ERA in 101 innings at Double-A. We are getting to the point where there is nothing left for Meyer to prove at the minor league level so he is worth a bench stash if there is room.

The Minnesota bullpen has been in flux all season since they traded Taylor Rodgers to San Diego, and I would argue that it is still unsettled. Duran picked up his first career save on Monday after Emilio Pagán pitched the eighth inning, and while I wouldn’t lock him down as the closer for the Twins, I am taking note of what’s going on. Whenever there is the chance at saves, we have to take the leap, and regardless of that we do know that Duran will be used in a high leverage role. Through 12 innings so far this season, he has a 3.00 ERA and a WHIP of just 0.83 while striking out 19 batters.

Last week Helsley generated some buzz as he picked up a save, but it ultimately proved to be short lived. That isn’t to say we should go back to ignoring the right-hander as it did prove that he is the second in line for saves in St. Louis’ bullpen, and his recent success does make him an asset regardless. In 10 innings so far this season, Helsley hasn’t allowed an earned run, has 20 strikeouts, and a WHIP of just 0.10. While he eventually will allow runners to reach base and potentially score, the strikeouts alone are better than a middling starter who could crush your ratios.