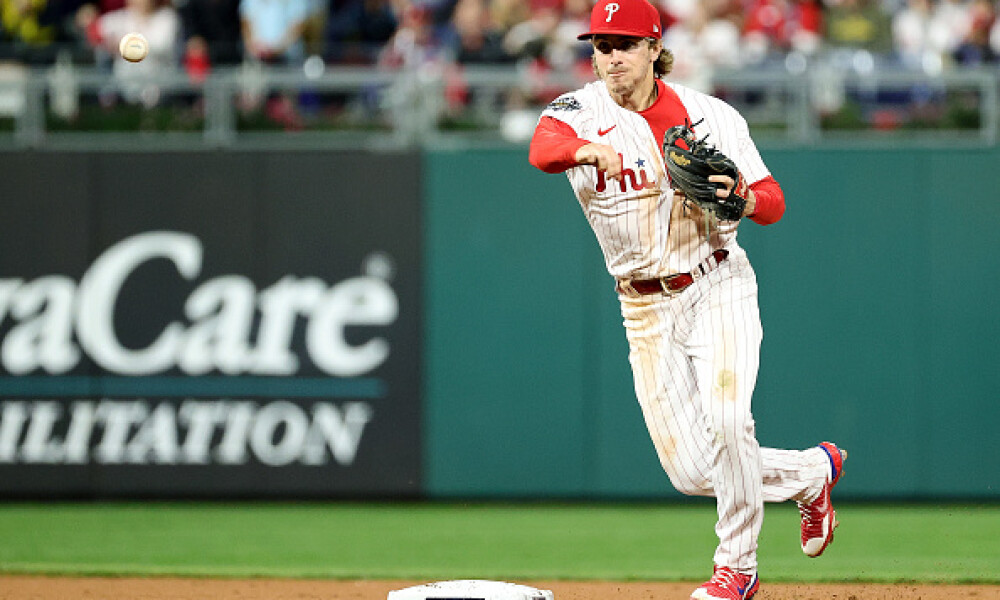 At this point, we are just two days into the 2022 baseball season, so we haven’t acquired much more knowledge than we had Thursday morning. However, what we have learned through the first game, or two games for some teams, shouldn’t be discounted. Now it is time to take that knowledge and truly begin to look forward. How can we apply what we have seen, while avoiding the natural inclination to overreact, to our fantasy baseball waiver wire additions?

The deeper the lineup, the less critical it is where a player hits in the order and that applies here with Jeff McNeil batting eighth to start the season. After success to begin his career, nothing seemed to go right for McNeil last season as he hit .251 in 120 games with just seven home runs and 35 RBI. Last season, McNeil felt he was the victim of information overload and he entered 2022 with a simplified approach. Through his first two games, McNeil has four hits which includes a home run as he is looking more like the player we saw in 2019.

Philadelphia was serious about committing to Bryson Stott as he got the start on Friday batting eighth and playing third base. For as long as he continues to produce, the rookie shouldn’t have a problem staying in the lineup after he went two for four in his debut with a double, RBI, and run scored. After hitting .419 in Spring Training, Stott earned the right to head north with the Phillies following a strong 2021 season in which he played at three levels while hitting .299 with 16 home runs and 10 stolen bases. I wouldn’t go too crazy for Stott, but he will be a solid option.

Andrew Vaughn didn’t have the best rookie season for Chicago in 2021 batting .235 with 15 home runs and 48 RBI, but he is too talented to write-off just yet. The outfielder got things started on the right foot in 2022 with a home run on Friday in his first game, and while he bats at the bottom of the order for Chicago, Vaughn should still see some solid pitches to hit. With a 10.9%-barrel rate and 46.4% hard-hit rate, Vaughn does have solid plate skills.

We have to give the disclaimer that this is only for one catcher leagues, as Sean Murphy’s ownership is pretty close to 100% in leagues that require two starting catchers. Oakland traded their best two hitters this off-season, which leaves Murphy batting third to begin the year. On Friday, Murphy doubled and scored a run, and while we don’t expect much out of the A’s offense, we can expect a bounce back campaign for their catcher after hitting just .216 last season but with 17 home runs and 59 RBI there is some power.

Anthony Santander might not be the most exciting option, he is owned in just 18% of Yahoo leagues as of Friday night, but he is a dependable outfielder. In 110 games last season, Santander hit 18 home runs while driving in 50 and scoring 54 times and he began this year with a home run batting fifth for Baltimore. That should be where he settles in the batting order for the Orioles as a solid three category contributor.

Tylor Megill began to pick up some buzz towards the end of draft season once it started to become clear that he would be in the Mets’ rotation to start the season. Things went a step further for the right-hander as he took Jacob deGrom’s role as the Opening Day starter and emerged victorious. Megill threw five innings of shutout ball while striking out six and recording a 0.60 WHIP. We can expect Megill to remain in the rotation for the foreseeable future after having success overall last season. In 18 starts, Megill had a 4.52 ERA (xERA of 3.81) although there was a clear drop-off for the right-hander as he tired towards the end of the season. With 9.94 strikeouts and 2.71 walks per nine innings, there is a lot to like here.

Eric Lauer might not be the most exciting pitcher but he had a solid season last year with a 3.19 ERA with 117 strikeouts in 118.2 innings. The left-hander will likely find himself as a streaming option on multiple occasions pitching in the NL Central and that beings this coming week as Lauer makes his first start of the season against Baltimore.

Josiah Gray was a large part of the return Washington received for Max Scherzer last summer and the Nationals are committed to him as part of their rotation. The top prospect had a sterling record in the minor leagues but struggled in 14 games last season recording a 5.48 ERA while striking out 9.68 batters per nine innings and walking 4.20. Both the walks and home runs (2.42 per nine innings) are going to be something to keep an eye on for Gray, but the talent is worth betting on as he works to get settled at the major league level. Gray allowed four runs in four innings (including a home run) in his first start of the season on Friday, but he did strike out five, and for what it’s worth, his xFIP was 2.50. Gray has another tough matchup against Atlanta in his next start, but this is more of a big picture move.

There were way more questions than answers at the closer position through all of draft season, and we never got clarity. The Reds helped us out by having a save situation on day one, and instantly launched Tony Santillan to the top of our priority list as the right-hander recorded the save. Previously a starting pitching prospect, Santillan shifted to the bullpen last season making 22 of his 26 appearances in relief last season with the Reds. There is some pedigree and track record of success in the minor leagues here, and in 2021 Santillan did post a 2.91 ERA while striking out 11.63 batters per nine innings. Santillan also walked 4.36 batters per nine innings so there some concerns here, but he did throw a perfect ninth inning while striking out two batters for the save on Thursday. That is enough for me to bid here.

David Robertson has a track record of success in the closer’s job and based on what we saw Thursday, it belongs to him once again in Chicago this season. He hasn’t really been healthy over the past three seasons, but Robertson also didn’t put a lot of miles on his arm and he comes into 2022 raring to go. The Cubs will likely play a lot of close games in the NL Central which means Robertson should be busy in a high leverage role.