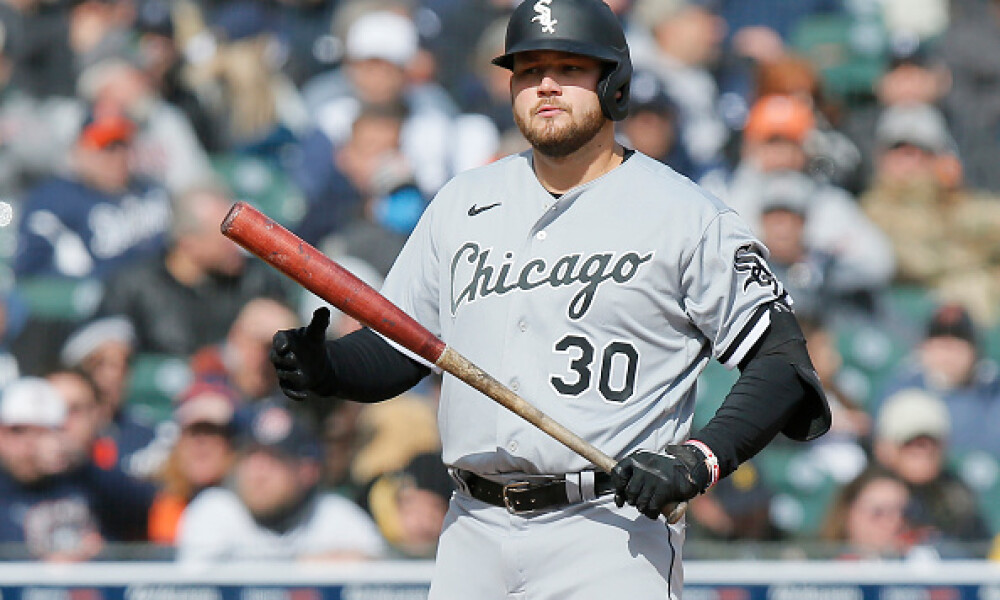 Where does the time go? To say that the 2022 MLB season simply flies by would be an understatement and each time the fantasy baseball waiver wire runs, we have another chance to improve our teams. Whether you need to stream a starting pitcher or are looking for that fantasy baseball sleeper hitter, there are plenty of players to target on waivers. Chicago White Sox third baseman Jake Burger is one name that's quickly risen up fantasy baseball rankings and MLB projections with his hot hitting lately. Coincidentally, Burger is a former MLB top prospect who competed in the College World Series in the past. If you want to get a leg up on the competition in dynasty fantasy baseball leagues, check out the latest MLB prospect report for the top names to know for the upcoming MLB Draft. If you have players on the recent MLB injury report, this waiver wire article should come in handy as you strengthen your fantasy baseball lineups. Also, check out the latest fantasy baseball stock watch report for other MLB trending players. As you head out to the fantasy baseball waiver wire, here are some players who have moved up the MLB fantasy rankings and should be on your radar.

Burger has been coming on strong as of late and all it’s going to do is lead to more playing time for the White Sox third baseman. Over the past seven days, Burger is hitting .391 with three home runs, five RBI, and seven runs scored and so far this month, he has a .359 batting average. In 38 games overall this year, Burger has eight home runs and 23 RBI with his power on full display (.235 ISO). While he has a modest 12.5-degree launch angle, Burger has an explosive 16.3% barrel rate and a 91 mph average exit velocity. As long as he continues to hit, the White Sox will find a spot for him in the lineup.

It’s always a battle to find help at the catcher position and with a .387 batting average through nine games so far in June, Bethancourt puts himself squarely on our radar. The good thing about teams like Oakland is that there are always going to be opportunities to ride the hot hand if it is warranted. I would say that four home runs and seven RBI would fall under that – at least on a temporary basis. The fact that Bethancourt “only” strikes out 19.8% of the time helps here, but his four stolen bases are also a nice fantasy asset. As long as he continues with his 16.8% barrel rate and 48% hard hit rate, Bethancourt should be a solid source of fantasy production.

There is no questioning Voit’s power ability, but the first baseman has trouble both staying healthy and making contact. Over the past week, both haven’t been an issue as he is hitting .281 with three home runs and 11 RBI. This weekend, things should get even better as he and the San Diego Padres head to Coors Field. Despite a .237 batting average on the season, Voit does have eight home runs and 28 RBI in 45 games and his batted ball metrics are in line with what we have seen in the past from him as well.

Thomas was on our radar as a top prospect when he was initially promoted, but at this point, he is rostered in just 20% of Yahoo leagues and that represents a buying opportunity. The young outfielder continues to play every day for Arizona and he is hitting .385 with six runs scored over the past week. The big thing, though, is Thomas’ two stolen bases in this recent stretch. Since his promotion, Thomas has been a solid source of overall production and he has shown to offer some power ability as well with five home runs.

Depending on which site you play on, Donovan gives you the ultimate positional flexibility and that has helped keep his bat in the lineup for St. Louis. The fact that Donovan continues to hit is also a large factor in that and a player like this can really come in handy – especially on Yahoo. In the last seven days, Donovan has hit .481 and while we don’t expect that to continue, there is nothing wrong with riding the hot hand on the waiver wire in a strong lineup. In 44 games, Donovan has 22 runs scored and 20 RBI while batting .341 and perhaps the most impressive thing is his 13.6% walk rate compared to a 13% strikeout rate. With just a 1.8% barrel rate, there are some concerns, but you have to like Donovan’s 27.5% line drive rate.

The overall body of work for Elfin has been pretty solid this season with a 3.98 ERA and 1.15 WHIP through 61 innings. You can do worse than the Philadelphia right-hander if you are looking to fill some innings at the back end of your fantasy rotation. With 51 strikeouts in 61 innings, Eflin is lacking slightly there, but we do get a favorable matchup in his next start on Sunday against Washington. One of the good things with Eflin is the limited walks (1.92 per nine innings) and his 2.76 xERA does point us in the right direction as his 67.5% strand rate is bound to improve.

After pitching only 13 innings to begin the season before finding himself on the Injured List, DeSclafani is nearing his return and the time to slip him back onto your roster is coming to a conclusion. After seeing DeSclafani post a 3.17 ERA in 167.2 innings last season, I’m not worried about anything from a performance perspective as he remains in San Francisco. In his first rehab appearance on Sunday, the right-hander threw three scoreless innings and we should see him back in the big leagues after one or two more minor-league outings.

I’m all about playing the matchup game, and Dunning’s next start comes against Detroit – so that puts him on our radar. Dunning threw six scoreless innings against the Astros in his last start and that brought his ERA down to 4.04 on the season to go along with a 1.30 WHIP. The Texas right-hander strikes out close to a batter an inning and with a 3.73 FIP (3.51 xFIP), it has been a solid season overall for Dunning. Opposing hitters have just a 4.8-degree launch angle against the Rangers starter and that, along with a 6.7% barrel rate and 53.9% ground ball rate, has worked out well to this point for him.

The news of Liam Hendriks heading to the Injured List instantly boosted Graveman’s profile. As of Thursday night, the presumed new White Sox closer is now rostered in 45% of Yahoo leagues. Graveman is now in line for the available saves in Chicago’s bullpen after picking up 10 saves last season and another two so far this year. With a 2.51 ERA to this point and close to a strikeout per inning, Graveman is primed to be an asset for as long as Hendriks is sidelined.

While Morgan isn’t in line for saves in the Cleveland bullpen, the Guardians continue to use him in high-leverage situations and he has delivered. Depending on your league setup, Morgan can come in handy with starting pitcher eligibility. While pitching out of the bullpen, his 38 strikeouts in 29.2 innings are certainly an asset. Morgan is delivering ratio relief with a 1.82 ERA and 0.57 WHIP and that is helped by walking just 1.52 batters per nine innings. With an 88.2 mph exit velocity and 32.8% hard-hit rate against, opposing hitters aren’t making loud contact against Morgan. He can be more useful to your fantasy lineups than a middling starting pitcher with the potential of tanking your ratios.