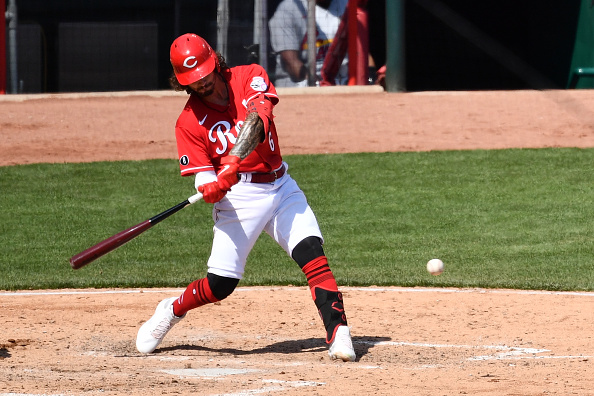 We had a lot of movement on the waiver wire over the last few days. ESPN saw 20 different players whose ownership jumped at least 30% so due to the lack of availability Yermín Mercedes, Akil Baddoo, and a few others from previous waiver wire articles won’t appear in today’s piece. But that’s good news because we get some fresh meat and new names to discuss so check out the names to look at before kicking off the next week in fantasy baseball!

Jonathan India (CIN) - 10-12% FAAB: I know I just said we’ll touch on new names, but we have to talk about this kid. India’s still available in some shallow leagues so if you need middle infield help, he’s proven his worth so far. I’ve seen a lot of comparisons to Jack Sparrow with the long hair, the mustache, the Pirates of the Caribbean entrance music… But honestly, he’s more likely to work for the East INDIA Trading Company… I’m getting the bad jokes out of the way early so I digress. India’s hitting well and he’s coming off a very strong week. He’s not walking, but the plate discipline will come in time. The .379 batting average and 11 RBI compensate plenty. If he can continue to hit you have to imagine the Reds experiment a little with him hitting higher in the order.

Garrett Hampson (COL) - 3-5% FAAB: His ownership spiked over the last few days and I like to think it’s due to the fact he has stolen four bases since Wednesday. He’s only slashing .233/.324/.300 so far, but it’s a small sample size. Not too long ago I wrote up Raimel Tapia because he was hitting leadoff. Well that honor has since been bestowed on Hampson. So that is why I would add him if he’s available. A leadoff hitter playing half his games in Coors Field is a recipe for run scoring success. And if he offers you stolen base upside then that’s gravy.

Evan Longoria (SF) - 2-3% FAAB: Why not turn back the clock a little bit and give Longo some love? Longoria’s spent his career playing in Tampa and San Francisco. Two parks that don’t cater to hitters. You have to wonder what he could’ve done if he ever played in a more hitter-friendly ballpark. But regardless, in seven games so far this year he’s slashing .308/.379/.692 with three home runs and he isn’t striking out very much. He’s nestled comfortably in the heart of the lineup and he can provide steady, safe production for your team. The batting average will come down to .250-.270 but I’m not ruling out 20 home runs from Longoria if he can stay healthy and play at least 130 games.

Omar Narváez (MIL) - 2-3% FAAB: Why not throw a catcher into the mix? After a breakout season with the Mariners in 2019, Narvaez struggled in his 2020 debut with the Brew Crew but he’s swinging a moderately hot stick at the moment. Through seven games so far he’s slashing .455/.520/.727 with four multi-hit games and a pair of home runs. His ownership is slowly rising, but for the most part he should be available in your league. Everyone knows the ballpark is a hitter’s haven so if he’s shaken off the struggles of 2020 then he could be in for a big year similar to his 2019 season.

Carlos Rodón (CHW) - 6-8% FAAB: Rodon’s owned more in CBS and Yahoo leagues, but he still has some availability in ESPN formats. But he gets two starts in the coming week against Cleveland (at home) and Boston (on the road). The Boston matchup can be a little concerning especially with how Boston’s offense came to life last week. But if we’re buying into the new and improved Rodon then we can look at him confidently for the upcoming week.

Taijuan Walker (NYM) 2-3% FAAB: I was very skeptical of Walker’s first start in 2021. I liked the ballpark upgrade for him and the lineup providing him run support. I just didn’t know what he would do but it’s a great opportunity for him. He went out and had a modest stat line of six innings, four strikeouts, two walks, and two earned runs against Miami. What caught my eye was the increased velocity. His fastball was averaging about 95 mph and by all accounts that’s the fastest it’s been since almost 2017. It remains to be seen if he can keep it up and avoid getting beaten by better competition than the Marlins, but this was a nice start. 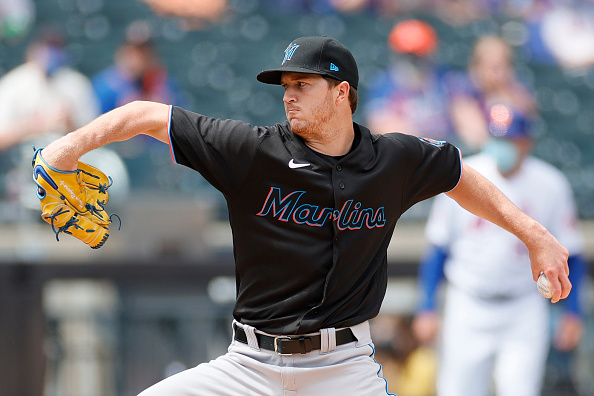 Trevor Rogers (MIA) 2-3% FAAB: Oh boy am I all giddy over what he did on Saturday. Going against Jacob deGrom , easily the best pitcher in baseball, Rogers managed to toss his own gem against the Mets going six innings, striking out ten, on just two walks and three hits. He didn’t allow a run to score and on the year he’s now generating a 20.8% swinging strike rate. He gets another tough matchup next week on the road against the Braves, but the velocity has been impressive through two starts AND if you hold him for the following week, he gets the Orioles at home on April 21.

Jon Gray (COL) 1-2% FAAB: Gray’s always been a victim of his surroundings, pitching in Coors Field and all. But through two starts at Coors so far this year he looked pretty good for what it’s worth. In 11.2 innings of work against the Dodgers and Diamondbacks he yielded just two earned runs, on six hits and five walks, while striking out a dozen batters. The velocity on his fastball isn’t what it used to be, but he’s utilizing his slider a little more and he’s done well to minimize damage.

Logan Webb (SF) 0-1% FAAB: He hasn’t looked great by any stretch of the imagination. In each of his first two starts he’s given up three earned runs while allowing at least seven hits in each start. He’s failed to get through the sixth inning but at least he’s getting strikeouts. I’m willing to give him another shot if looking for a late-week streamer. This coming Friday he’ll toe the rubber against the Marlins in Miami. If he can’t have a solid outing there then we can turn our attention elsewhere for streamers in the immediate future.

We have seen the ownership rise on Mark Melancon , Jake McGee , and Julian Merryweather . If they’re still out there in your shallow leagues then you should try and grab them if you need saves. Daniel Bard is still available in about half of ESPN leagues as well and the luxury with Bard is that you know his job is safe as the Rockies’ closer. Plus, he helps with his elite strikeout upside. César Valdez is seeing an ownership spike but there’s a chance he’s still available in your league as well. He took a blown save on Saturday, but I don’t think it’ll impact his position in the bullpen too much. But for some fresh blood let’s touch on some new closers.

Yimi García (MIA) 2% FAAB: Early on Saturday, Craig Mish tweeted out some pretty telling information about the Marlins bullpen. I won’t embed all the tweets, but you can find them here. The one that stood out to me is this one:

If you’re chasing saves with the Marlins, Yimi García and Dylan Floro would be my guesses. Floro has looked very good thus far, GM Kim Ng orchestrated the trade with LA for him.

“Egg on my face” is a phrase I lean on heavily in my articles and I’m off to a roaring start with two eggs so far in 2021 as Yermín Mercedes continues to make me look dumb, but I also wrote up Anthony Bass as a reliever to grab. I still stand by it simply because he was at least getting the opportunities, but now we have to assume the role goes to Garcia. But Mish’s tweet about Floro is worth keeping an eye on especially after Kim Ng acquired him from her former employer. I’d consider the Miami bullpen a fluid situation still. I’m not convinced Garcia sticks, but time will tell.

Corey Knebel (LAD) 2% FAAB: Dave Roberts has been very hush hush regarding the Dodgers’ closer situation. Jansen used to have an elite cutter that could easily put opposing hitters away. Since 2014 the velocity on said pitch has dropped 3.4mph and the movement just isn’t there. So while Roberts has been non-committal to Jansen, it looks like Knebel could be in line for saves considering he’s already picked up a couple. Knebel got the save last Sunday in Colorado and then Friday in a 1-0 victory over the Nationals. Not to mention he truly shut the door in Friday’s save as he struck out each of the three batters he faced. I’d prefer Knebel over Garcia if looking to add a relief pitcher.

Ian Kennedy (TEX) 2% FAAB: The save opportunities may not necessarily be abundant, but Kennedy will get you some saves. He has two already this season including six strikeouts in three innings of work. So, if your league incorporates K/9 or K:BB as a ratio category then he’ll help those numbers out as well. Again, the Rangers won’t be in many save situations, but we saw him get 30 saves two years ago with the Royals. I won’t go so far as to say he hits that number but 15-20 are a possibility.