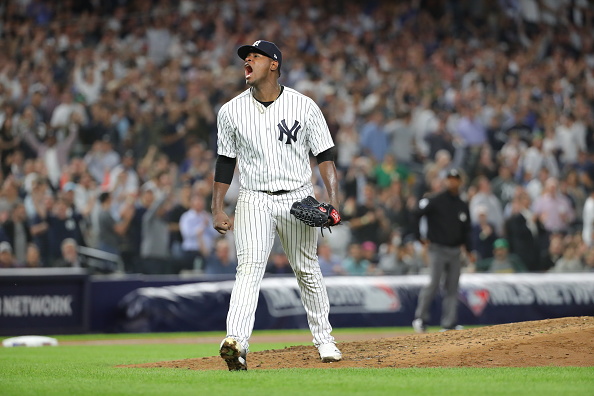 Luis Severino SP NYY – Never in my wildest dreams would I have imagined back in March that Luis Severino cracking this column in September, but here we are. And in his defense, his ownership isn’t unanimous because of an injury that has kept him sidelined for so long and some people just couldn’t afford to wait on him any longer. Severino is set to make his 2019 debut against the Angels and Blue Jays with both matchups coming at Yankee Stadium. Don’t expect him to go terribly deep into the games. I’d say five-to-six innings could be the limit as they want to get him up to speed for the playoffs. Even if he does go that deep, with the offense that supports him, he could be a candidate for wins. He’s between 65-80% owned between Yahoo and ESPN so the ownership numbers say he’s only available in the shallowest of leagues.

Wil Myers OF SD – Myers has always been a power-hitting outfielder that you can acquire with one of your later-round picks in the draft, but he always has such a high strikeout percentage and he’s a bit of a streaky hitter. But in September the streak has rolled right on. He’s hitting .425 with a 1.105 OPS with a pair of home runs and three stolen bases. Myers always has been a nice player that combined power and speed, but he just hasn’t put it all together consistently, but he’s finishing off the 2019 season on the right foot.

Jordan Lyles SP MIL – Lyles gets a home start on Saturday against the Cardinals who he flat out owned in his last start against them towards the end of August. In 5.1 innings he gave up just one earned one, which came off a solo home run plus he struck out nine hitters. Lyles faces the Cardinals against on Saturday, this time on the road. The road matchup is slightly worrisome, but despite his 4.75 road ERA opponents are hitting just .218 with a .735 OPS when he toes the rubber away from Miller Park.

Zach Plesac SP CLE – The downside with Plesac is you never know what you’re going to get. And that’s applicable for most players, but Plesac was a borderline droppable player prior to Tuesday night’s start. He had given up six home runs in his previous four starts and it was a struggle to even watch him get through five innings. And then on Tuesday night he tossed a complete game shutout with just four hits and two walks allowed. Next week he has a pair of home matchups against the Tigers and Phillies. The first matchup you can use him with some confidence. Depending on how he does may influence whether or not you play him for the latter matchup. 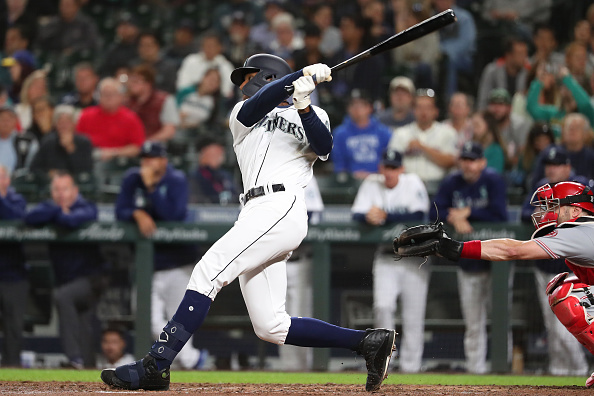 Kyle Lewis OF SEA – How hot is Kyle Lewis right now? He’s so hot you don’t even need to type the first letter of his name and he pops up as the first player in Fangraphs’ search window. In his first three games at the big-league level he hit a home run in each and has six RBI through four games. He’s a top prospect with a ton of raw power so he packs quite a punch. The power didn’t translate as much in the minors if we’re being honest. In 122 games he had just 11 home runs with 62 RBI and a .398 SLG. Riding the wave of a streaking hitter is a gamble in the playoffs, but maybe you are still looking for a replacement for Christian Yelich . You can swap in Lewis for perhaps another slumping hitter and ride Lewis until he cools off.

Alex Young SP ARI – This one feels like cheating since Young made the previous waiver wire column, but got roughed up by the Mets. He couldn’t get out of the third inning after allowing six runners to score (one earned), on a pair of home runs and a pair of walks. Baseball’s ruling on errors is so baffling that a pitcher can actually allow just one earned run while surrendering two home runs. That’s insane. But don’t let this bad taste linger too long in your mouth. Young gets a great matchup next week against the Marlins. After that start you can cut ties with him.

Sean Murphy C OAK – Murphy is a nice little prospect within the Oakland organization who has been swinging a hotter stick as of late. In his last three games he is 7-for-14 with three home runs, three doubles, five RBI, and eight runs scored. We’ve preached many a time within this article that Catchers can be streamed, and this is the guy worth the add in deeper leagues. Murphy and the A’s finish the season off pretty strong with their remaining games coming against the Rangers, Royals, Angels, and Mariners. Not one of those pitching staffs comes off as impenetrable.

Anthony Bass RP SEA – The Mariners are not very good and they find themselves in the midst of a closer carousel and right now Bass is on the shiny new porcelain pony. He’s been the beneficiary of the Mariners last two saves coming on Tuesday and Wednesday so he’s a player worth monitoring with Matt Magill ’s status in flux unfortunately. It’s really unclear how many save situations the Mariners bullpen will find themselves in. The starting pitching is pretty bad and the offense is not consistent. If you’re set with relief pitchers there’s no need to go too crazy with this waiver wire recommendation.

Kolby Allard SP TEX – My greatest fears with Allard were confirmed in his last start. Previously he had been on the (fortunate) receiving end of some good matchups against bad teams, but then the Rangers had to finish the season against Oakland (twice), Houston, Boston, and New York. That’s just unfair to the Rangers. I still think the prospects for Allard are tough, but his 4.36 ERA through seven starts looks pretty good sitting next to a 3.16 FIP. He’s still allowed just one home run in 37.1 innings of work. His next start comes Friday on the road in Oakland. Tread carefully, but he’s a streaming option in deeper leagues.