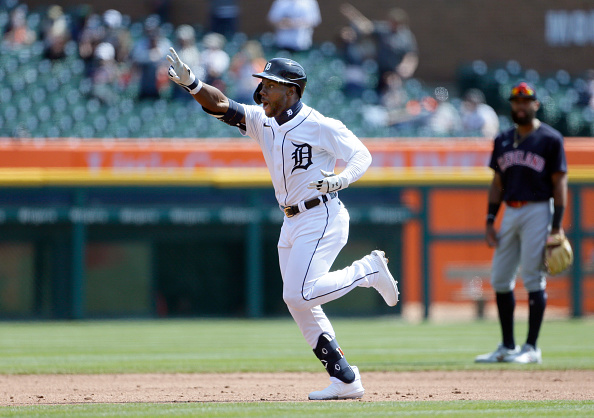 We’re one week into the season. And per usual, we have some folks ready to panic, or at the very least overreact to underwhelming players they drafted. This is a marathon. A week’s worth of games is much different for fantasy baseball than any other sport. Howard and Jen both preached patience in their articles earlier this week so don’t overthink this and make a rash decision.

That doesn’t mean there aren’t players that we need to have our eyes on. If you’ve hung out in the MLB Seasonal Chat this week, you’ll be quite familiar with these guys and my stance on them, but hot starts are worth touching on.

Yermín Mercedes (CHW) Yermin is off to an extraordinary start this year. The man has 13 hits in five games. It’s absurd and he continues to make me look dumb because, personally, I haven’t taken the bait. The problem you have is if he’s not catcher-eligible in your league. If he is eligible at catcher in your league then I’d pick him up because he’s better than plenty of other options at the position. If you can only use him at utility, then claim at your own risk. His ownership has skyrocketed from 0.0% to 72.9% over the last week on ESPN so he’s only available in shallow leagues at this point. Again, I’m still not expecting much from him for the whole year, but the lineup around him is fantastic and he’s given the White Sox plenty of reason to keep playing him. I just don’t see an imminent breakout for a 28-year-old rookie.

Nate Lowe (TEX) Through one week of the season, Nate Lowe is leading Major League Baseball in RBI with 14. His production so far makes you wonder how the Rays couldn’t find a way to fit Lowe into their lineup, right Grande?

Lowe’s hit three home runs since Sunday and you have to take the good with the bad. He’s going to strikeout about 30% of the time, but if the power continues in Arlington he’ll be one hell of a fantasy asset.

Akil Baddoo (DET) Baddoo is another feel good story so far in the season. Baddoo is swiping bags and hitting dingers. He’s 5-for-11 on the season with a pair of home runs and six RBI. Plus, he ripped a triple on Wednesday. He’s mostly hitting toward the bottom of the order and while I don’t think he moves up anytime soon, he doesn’t have any competition really. The Tigers don’t have a ton of great players so if he can keep producing in different aspects of the game then Detroit won’t be taking him out of the lineup.

Jonathan India (CIN) With hot hitters in Spring, we hope that carries over into the regular season. While that hasn’t been the case for Joc Pederson (who did homer on Wednesday), Jonathan India hasn’t slowed down over the first week. The Reds offense in general has put on quite the show so far this year. They’ve scored at least nine runs in four out of six games and they haven’t posted fewer than five runs in any game. He’s hitting in the bottom half of the order but he scored three runs and recorded four RBI on Tuesday out of the seven-hole and then on Wednesday he recorded three more RBI. He had a scary moment on Wednesday after a pitch from Chad Kuhl hit the brim of his helmet, but he’s okay and ready to help your fantasy team get out to an early lead.

Cedric Mullins (BAL) Mullins is leading off and available in plenty of leagues. Entering Wednesday’s action, Mullins was 11-for-22 on the season with four runs scored and his first stolen base of the season came on Tuesday night. Wednesday night would be another night of firsts for Mullins as he went yabbo for the first time in 2021. He’s comfortably locked into the top of the order and he’ll help out with batting average and steals.

Carlos Rodón (CHW) If you haven’t checked it out yet, be sure to give Adam’s Ronis Bonus a read because he offers up a great breakdown of Carlos Rodón ’s progress this spring, touches on his health, and his new approach on the mound this year. He was tested and emerged with a solid stat line of five scoreless innings, two hits, three walks (and two hit batters), but he also had nine strikeouts including 19 swings and misses on 95 pitches. The competition won’t always be as easy as Seattle, but he gets another favorable matchup at home against Kansas City on Sunday to close out the scoring period. 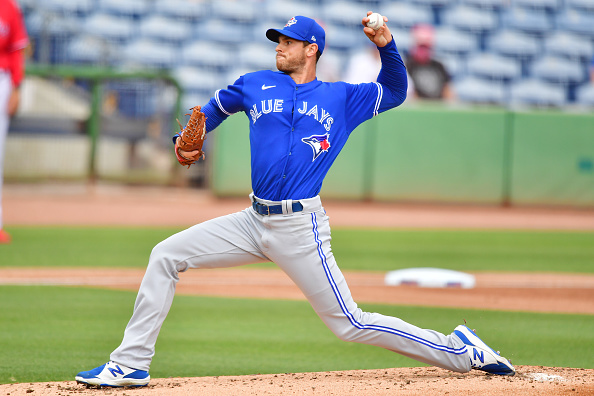 Steven Matz (TOR) Matz looked OUTSTANDING on Monday against the Rangers. He went 6.1 innings yielding just two hits and a walk while striking out NINE. What was most impressive about his start was the increase in velocity. His fastball the last two years sat comfortably around 93mph, but Monday night he averaged 95.3mph. Can he maintain that? That remains to be seen. However, if we’re looking at what may have led to such a dominant outing, the increase in velocity and 15 swinging strikes on 91 pitches are a nice place to start.

Trevor Rogers (MIA) He had one bad inning. That’s it. This is a marathon and if we take away the first inning Monday night, then he was pretty good. He was a little too aggressive, but the velocity was there as his fastball topped 97mph in the first inning where he said he was trying to strike everyone out on the first pitch. Once he dialed back the velocity and showed better command, he settled in. He pitched four innings, and the last three innings were significantly better than the first inning. His next two starts are going to be tough against the Mets and Braves on the road, but assuming he aims for control over heat, I like Rogers as a talented arm to grab off waivers.

John Means (BAL) I’m still not entirely sure what to make of John Means . The ownership might jump on Thursday and Friday after he avoided disaster against the Yankees. But that’s just it, it wasn’t a stellar outing by any means (pun intended), he just avoided a meltdown. He tossed 4.2 innings and recorded four strikeouts, two walks, and seven hits. He needed 93 pitches to barely make it out of the fifth inning. Tread carefully. 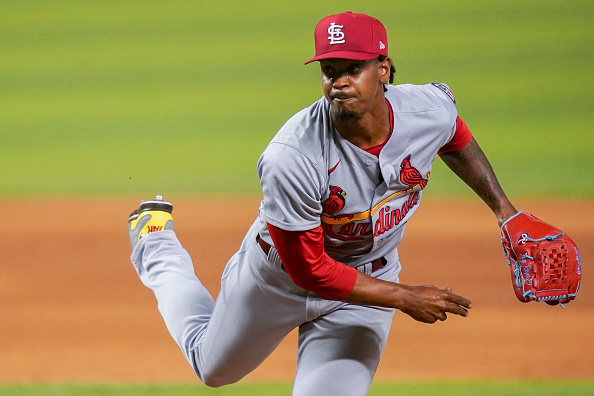 Alex Reyes (STL) As is the case with the Closer Carousel we’re looking at the flavors of the week. Reyes had back-to-back saves Monday and Tuesday night. This is a good sign that the Cardinals won’t go the route of long relief work for Reyes, but hey, we’ve got a long way to go. As of right now it looks like the closer’s job is Reyes’ to lose. Every year during spring training you hear how there are always saves available on the waiver wire. Reyes is Exhibit A as he was available in over 80% of leagues a week ago.

Jake McGee (SF) The ownership is creeping up, but he’s still available in some leagues. So far on the year he’s worked four innings with five strikeouts, one walk, and no hits allowed. He has two saves under his belt, and he picked up the win on Wednesday as the Giants’ game against San Diego went to extra innings, but he still appeared in the ninth inning. Mentioning McGee is sort of in the same vein as Lux. The ownership is still a bit too low and he should be closer to 80-90% owned in my opinion.

Julian Merryweather (TOR) We’re seeing the ownership steadily rise on Merryweather, but we haven’t had any developments the past few days on Toronto’s closer role since neither Merryweather nor Jordan Romano have pitched since Sunday. But Merryweather has been the beneficiary of the save opportunities early on so he’s the pitcher to grab at the moment. He’ll aid with ratio categories as well with five strikeouts in just two innings. This could be a fluid situation so keep an eye on it over the course of the week and going further.

César Valdez (BAL) Valdez picked up a pair of saves against the Red Sox last week so if we’re continuing the trend of fawning over pitchers with a pair of saves this early on, then he fits the bill for our admiration. He picked up the win on Wednesday as the O’s game against the Bronx Bomber went to extra innings, but he worked 2.1 innings and posted three strikeouts and he got the win. It might be a couple days before we see him again, but the important thing is Baltimore has been saving him for the ninth inning.