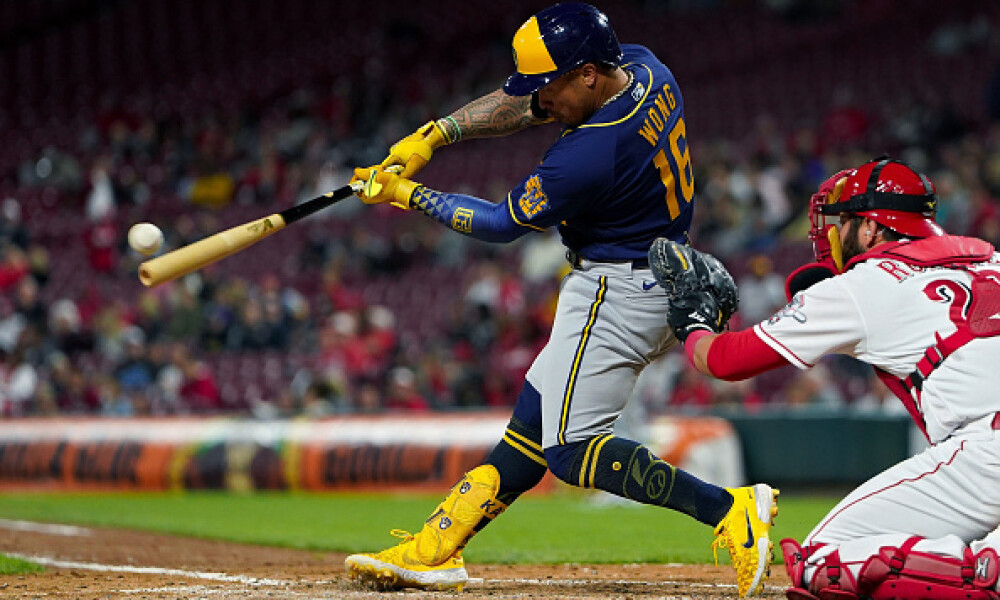 We are now entering the weekend of Week 24 and it is mid-September — the last couple of weeks of the major league baseball season. Before looking ahead at your fantasy baseball lineups for tonight and the rest of the weekend we first need to look back at the top MLB news and headlines from yesterday’s action. It was “get away day” in MLB but we still had some highlights that included the Yankees clinching a playoff berth, a Kolten Wong three-homer night, a historic night by an Orioles rookie pitcher and a possible bad news for AL ROY candidate Julio Rodríguez.

The Yankees Are In

#61 will have to wait. The Yankees, though, did join the postseason yesterday with Josh Donaldson’s game-winning RBI single in the bottom of the 10th for a 5-4 win over the Red Sox. Aaron Judge came close to matching Roger Maris 61 home runs with a shot in the ninth inning that he got under a little too much plus he made a perfect throw from right field in the top of the ninth to get Tommy Pham at second which possibly stopped a Red Sox run that inning. Judge entered the game 0-for-14 with nine strikeouts against right-hander Michael Wacha, who walked him on four pitches in the first and he ended up the night 0-for-2 with three walks.

Any other season a Triple Crown run would be the talk of baseball and trackers would be popping up in newspapers across America. It’s been 20 years since Detroit Tigers slugger Miguel Cabrera last accomplished the feat in the American League and 85 years in the National League (Joe Medwick). Well guess who is chasing history on this — you got it, Aaron Judge. Despite being shut out yesterday, Judge still leads MLB with 128 RBIs and his career-best .316 batting average continues to set the pace in the American League, keeping the Triple Crown in play. Red Sox shortstop Xander Bogaerts went 0-for-5 last night dropping his average to .314 this season.

Guardians Red-Hot at the Right Time

The thrilling playoff atmosphere of the first two games of the Guardians/White Sox series was gone last night as the White Sox players just looked defeated in the 4-2 loss and the Guardians sailed to a sweep. Ace Shane Bieber threw 100 pitches in his 7.2 innings of work with only five strikeouts, but no walks and two earned runs. The win drops Cleveland’s magic number to five as they finish the season series against the White Sox with a record of 12-7.

Orioles rookie right-hander Kyle Bradish had his “good stuff’ last night and pitched the best game of his career against the intimidating Astros lineup. Bradish was lights out all night long, shutting out the Astros in 8.2 innings of work, with 10 strikeouts and no walks, and he achieved something that hasn’t been done for the Orioles franchise in 118 years — Bradish is only the second rookie in franchise history to throw 10 strikeouts, issue zero walks, and allow zero runs, joining Fred Glade in 1904 for the St. Louis Browns.

Three Homers for Wong and 11 Strikeouts for Woodruff

It was a two-man show for the Brewers last night. Kolten Wong provided the offense by tying a franchise record with three home runs and Brandon Woodruff struck out 11 in six dominant innings in a 5-1 victory over the Cincinnati Reds at Great American Ball Park. It was the 22nd three-homer effort in franchise history and aside from the Wong blasts and a single by Willy Adames, that was it for the offense — four hits on the night.

After leading off yesterday afternoon’s game with a double into the left field corner and then scoring on a Mitch Haniger single, star rookie Julio Rodríguez exited the Mariners game in the bottom of the first inning, with more lower back discomfort that kept him out of games in the previous series in Anaheim. Rodriguez is expected to travel to Kansas City with the team and then get a full work-up on his back, including X-rays and an MRI. This is a concerning development as Rodriguez missed the final three games of the four-game series in Anaheim after feeling the back tighten up while hitting in the cage before last Saturday’s game. The favorite to win the AL Rookie of the Year award has been a key part of the Mariners run to the Wild Card, slashing .279/.341/.499 for an OPS of .840 and a WRC+ of 143, the second highest for qualified center fielders only behind Aaron Judge of the Yankees.