Fantasy Baseball May 29 Round Up: Sandy Alcantara Strikes Out 14 Braves 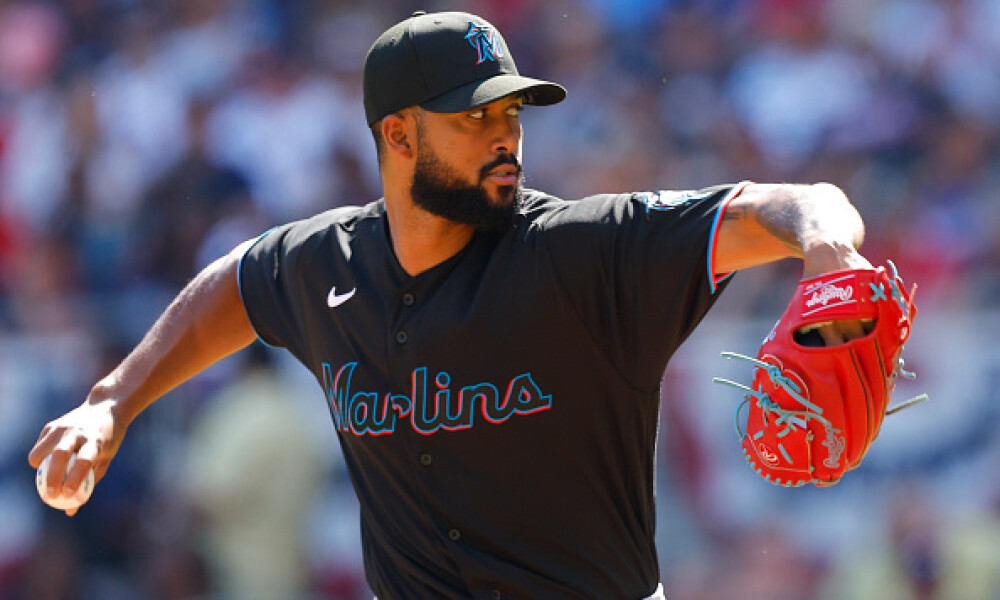 We've reached the final day of Week 7 of the fantasy baseball season. Today's the day you place your fantasy baseball waiver wire claims for the upcoming week, check over the MLB injury reports to see what the latest injuries are, and find out if any more MLB prospects will be getting the call.  Be on the lookout for the updated fantasy baseball player rankings for June. Before we close out the week however let's take a look at some of the top performances from Saturday and highlight my favorite MLB Best Bets and player props for Sunday's games!

Can you believe that Mike Trout's ADP this offseason had him going at the end of the first round and in some league formats the second round? Well clearly that was a mistake as Trout looks every bit the MVP caliber player he's been when healthy through the first two months of the season. On Saturday night he went 3-for-4 with a home run and two RBI. The home run is his 13th of the season to go along with a .320 batting average and an OPS of 1.095. Over the last 10 games he has been even better, hitting .350 with four home runs and an OPS of 1.159.

Mookie Betts was one of the top picks in fantasy baseball in 2021 but the season was pretty much a disaster for fantasy managers as Betts hit a career-low .264 with 23 home runs, 10 stolen bases and an OPS of .854. Last year's performance caused his ADP to drop heading into the 2022 season and those fantasy managers who took the plunge are being rewarded big time.  After last night's performance, Betts is now hitting .301 with 14 home runs, four stolen bases and an OPS of .991. Betts had an especially impressive month of May where he hit .350 with 11 home runs and an OPS of 1.182.

The disrespect on my man here is unreal. McClanahan is the league strikeout leader with a 12.7 K/9 this season. In only one start this season would he not have hit the over on today's total of 6.5 strikeouts. The Yankees have a 23.6-percent strikeout rate against left-handed pitching this season which is the 9th worst mark in baseball and over the past week that number is even higher, striking out at a clip of 26.9-percent against lefties.

We are asking for a lot of strikeouts here from Cease but this is a mark he had hit the over on in four of his last six starts. The Cubs strikeout rate of 24.6-percent is the sixth-highest mark in baseball this season while Cease is boasting a league-high 13.7 K/9. I'm looking for a bounce-back performance from Cease today after he was shelled by the Red Sox in his last start.

Pivetta has quickly turned his season around for the Red Sox,  going 3-0 over the last four starts with an ERA of 1.61. We need just 5.2 innings pitched to hit the over on today's prop which is something he has hit in each of his last four starts which includes a complete game against the Astros. Assuming he continues to pitch to current form then I see the Orioles being no real issue for him today.