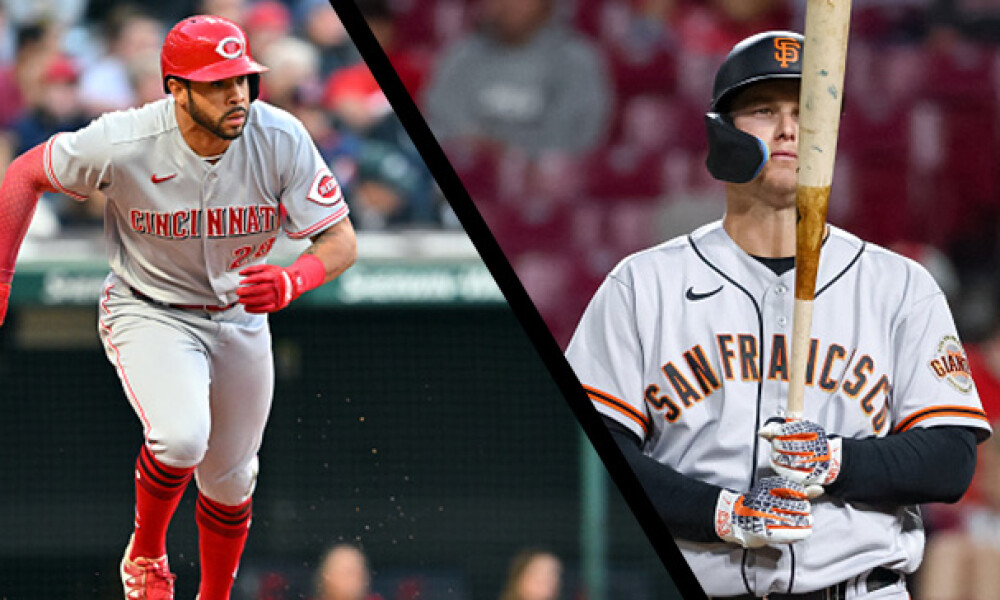 One of the strangest stories from Friday was the fantasy football slap heard around the world. Joc Pederson and Tommy Pham were involved in a pre-game confrontation stemming from a disagreement that involved their fantasy football league from the past season. Pham approached Pederson and slapped him as he felt Pederson was cheating during the year with how he used the league's injured reverse designation. This is exactly why before the start of every fantasy season your league commissioner needs to define all rules, otherwise, the default settings are used.

One of the top prospects in baseball and one of the hottest fantasy baseball sleepers heading into the season continued to enjoy a hot month of May on Friday night as he launched his sixth home run of the season and he hit it off of Justin Verlander who entered Friday evening as a Cy Young favorite. After hitting just .205 with an OPS of .544 during the first month of the season, Rodriguez is hitting .313 with an OPS of .888 during the month of May. Seattle has a superstar in the making on their roster and that is great not just for the MLB but for the fans of baseball as well as he is an exciting player to watch.

Another hot fantasy baseball sleeper coming into the season was Royals top prospect Bobby Witt Jr. There was hope from many around the fantasy baseball communities that Witt was going to make his debut last season with the Royals but the club opted to keep him for another full season at the minor league level. Witt, like Rodriguez, struggled during the first month of the year, hitting just .216 with an OPS of .558. However, as the weather has warmed so has Witt as the Royals rookie is hitting .250 with an OPS of .852 during the month of May. He's hit six home runs this month and over the last 10 games, he is really surging, hitting .308 with an OPS of 1.026.

Another Strong Outing for José Quintana

So far this fantasy baseball season has been full of veteran pitchers that we've long considered to be trash cans all of a sudden putting together strong starts to their season. We've covered Martín Pérez already this week but another pitcher who has continued to pitch well is José Quintana.  Through nine starts this season Quintana has a 2.15 ERA and a 1.17 WHIP. Quintana hasn't posted an ERA below 4.00 since the 2017 season and hasn't had a WHIP below 1.20 since that year as well. So, is he for real? A quick look at some of his numbers leads me to think he is due for some regression. First, his K/9 of 7.43 is the lowest it has been since his rookie season all the way back in 2012. His 3.33 BB/9 would be the third-highest mark of his career. He is currently holding hitters to a .265 BABIP which is a sustainable number but better than the league average. His FIP is at 3.23 which is pretty good but his xFIP is a 4.00 which also suggests some regression is due. For now, Quintana is just a matchup streamer for me and a sell-high candidate if you are able to find a taker in your league for the right deal.

I was all ready for this play yesterday and then the game got rained out. Detroit has the sixth-highest strikeout rate against right-handed pitching this season at 24.7-percent. Over the last two weeks that number is even higher at 27.7-percent. Bieber has gone over this mark in four of his last six starts which includes his most recent start in which he struck out 10 of these same Tigers.

No team strikes out more in baseball than the Atlanta Braves. Over the last two weeks, they have a 30.5-percent strikeout rate against right-handed pitching and overall this year that number sits at a league-high 26.3-percent. Alcantara just faced the Braves in his most recent outing and tossed a complete game while striking out seven. We are actually getting plus-odds here as Alcantara has only hit the over on this number just one time this season but it came in his last start against these same Braves. I'm just going to keep on betting that the Braves strike out and hope that Sandy can find the strikeout form he displayed last season.

I've played the Thompson strikeout prop in each of his last two starts and he has hit the over in matchups against the Pirates and Diamondbacks but today I think the under is the correct play as he faces a White Sox team that has the fourth-lowest strikeout rate against right-handed pitching this season. Thompson is still on a pretty strict pitch count, having yet to top 65 pitches in any outing and it seems unlikely he pitches long enough here against a tough White Sox lineup.