Fantasy Baseball May 11 Round Up: Reid Detmers Throws No-Hitter While Josh Naylor Stays Hot at the Plate 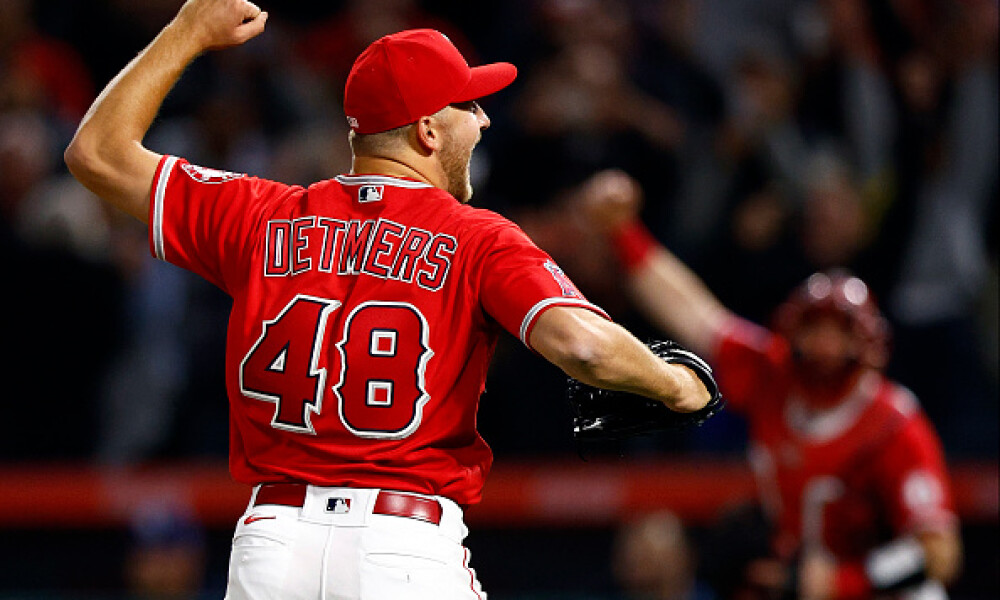 We can clarify this with “first solo no hitter” as we did witness the Mets throw a combined no-no just a couple of weeks ago, but let’s give it up for the 22-year-old southpaw who kept the Tampa Bay Rays off-balance all night. Detmers threw the full nine innings, walked just one batter and struck out two in what was the longest outing of his very short career. Detmers had all of his pitches working for him, he induced a lot of weak contact and was looking incredibly sharp all night. His one walk came in the sixth inning but everything both before and after was spectacular. We were in on Detmers back during the spring, so hopefully he was one of your late-round targets and you are reaping the benefits. His next start will come against the Texas Rangers, so let’s hope he can build off this momentum.

Robbie Ray finally picked up the strikeout rate yesterday when he fanned 10 batters over just 5.2 innings against the Phillies. He’s still posting just a 7.54 K/9 so he’s got a long way to go to boost the numbers up to where we expected them to be, but this was certainly a nice start.

What an effort from Baltimore Orioles righty Kyle Bradish who fanned 11 hitters over seven innings against the St. Louis Cardinals. The whiffs are probably more on the impatience of the Cardinals hitters who were desperately trying to get themselves back into the game, but this is now two quality starts in three outings for Bradish and he could continue to be a solid middle-of-the-rotation fantasy guy.

While White Sox ace Lucas Giolito tossed yet another gem against his division rivals, Cleveland Guardians fans still had plenty to cheer about as Josh Naylor parker another ball into the left field seats, giving him three home runs over his last two games. He’s also hit safely in three-straight games and in nine of his last 10. Maybe because it was all the way back in 2015, but people forget that Naylor was drafted in the first round (12th overall) out of Canada and has fought his way through injuries and multiple systems to get here. He’s flashed solid power throughout his time in the minor leagues and remember, he’s only 24-years-old right now. Yeah, that’s right – just 24. OK, he’ll be 25 in June, but as he inches closer to his “physical prime,” we could see even more power develop. You’re not going to see a great batting average from him, but with raw power that is already off the charts, he could be a huge under-the-radar power asset.

After what appeared to be a sluggish start to the season, Mullins has really turned things on as of late. Including last night’s four-hit performances which included a two-run blast, Mullins has hit safely in nine of his last 10 games with five doubles, three home runs, six RBI and two stolen bases. I guess we can chalk up the .210 April to the truncated spring training, because he’s putting himself right back on-pace for another 30-30 season.

Joe Barlow Nails Down Another Save for the Rangers

Not that it would have made a huge difference in reality, but imagine what could have been for fantasy purposes had Texas manager Chris Woodward not been such an idiot. How in the world did he think a closer-by-committee situation would have been better for his club or for Barlow? Especially after Barlow shined in the role during the second half of last season? Makes no sense. Barlow hasn’t allowed an earned run in seven-straight appearances and has saves in five of those. Fantasy managers who weathered the early-season stupidity and simply waited on Barlow to grab the job are now reaping the benefits and should continue to do so moving forward. Unless Woodward decides to be an idiot again.

Speaking of closer-by -committee situations, the mess in Seattle continues to frustrate fantasy owners. Sewald had opened the season with six-straight scoreless appearances, yet he wasn’t used in save situations until recently. And, of course, when he did, he gave up a three-run bomb and took his first blown save of the season. Things have settled down somewhat and while he did give up a “meaningless’ home run to Jean Segura last night, he still managed to shut the door on the Phillies for his first save of the season. Whether or not he stays in that role is something to watch closely over the next few days, so keep checking back for Joe Gallina’s Fantasy Baseball Bullpen Report.

Jordan Romano Gets Tagged with Blown Save

It’s bound to happen, people. It always does. Jordan Romano, who has been crushing it for fantasy owners with 12 saves already, took it on the chin when he gave up a game-winning home run to New York Yankees outfielder Aaron Judge. The three runs allowed pushed his ERA up to 3.29 on the year, but a few more outings will settle that right back down. Romano is one of the saving graces for saves this season and should be pretty secure in this role. Don’t fear the rare beating. It happens to them all.

In truth, yesterday’s late scratch really shouldn’t have come as a surprise as Suzuki left Sunday’s game with an ankle injury and was expected to miss Tuesday. We were more surprised to see him listed in the lineup card, actually, so a late flare-up wasn’t really unexpected. It doesn’t appear to be anything that warrants a stint on the IL, but manage your lineups accordingly right now.

This was good news coming in as deGrom began his throwing program yesterday and remains on-track to open up the second half of the season once we clear the All-Star break. He played catch from 60 feet and reported no issues following the workout, so things seem headed in the right direction. He is scheduled for another MRI early next week, so just keep tabs on his eventual return. If you’re in the top half of your standings and can try to buy low, we recommend you do. A deGrom second half surge would be huge for your pitching numbers.

For more on players recent injury woes and to keep track of who might be coming back sooner than later, be sure to check in with our latest Fantasy Baseball Injury Report.

Apologies for my absence yesterday. Blame my local cable provider as they, once again, dropped the ball. Sometimes, you have to appreciate the forced day off, especially if you tailed my picks on Monday as we took a beating there. I did give out two picks during the Fantasy Alarm Show on SiriusXM Fantasy Sports Radio and both hit, but we won’t count them in the pages today. We’ll just move forward here.

You’re going to hate me, but I’m going right back at this Brewers/Reds game. Maybe it’s just the starts by Corbin Burnes and Brandon Woodruff we need to avoid because neither of those guys gets any run support while today’s starter, Adrian Houser, got backed by 10 runs the last time he went out there and the Brewers have won each of his last three outings. On the other side, Vladimir Gutierrez routinely gives up hits and runs and I’m going to bank on the Reds stumbling after a two-game hit streak, especially now that Mike Moustakas is joining Joey Votto and Nick Senzel on the COVID-19 injured list.

Miami Marlins starter Sandy Alcantara was cruising early on until he got roughed up by the Mariners back on May 1. He made one start afterwards, a mediocre outing against the Padres, and finds himself back on the bump facing a surprisingly hot Diamondbacks team that has won seven of its last eight and has Merrill Kelly on the mound. I don’t want to fully invest in Arizona, however, as they really aren’t that great of a team but they do seem to have Miami’s number. So how about we just bank on both pitchers and bullpens to keep the runs down. After all, the Marlins haven’t scored more than three runs in five of their last six and the D-Backs have scored four or fewer in four of their last five.

It looks like the Phillies are going to have to run out a bullpen game tonight as both Zack Wheeler and Zach Eflin landed on the COVID-19 injury list. They’re recalling Bailey Falter, who was recently demoted after struggling in the Philly bullpen to open the year. Maybe he gets them two or three innings, but beyond that, we’re looking at a bullpen that has a 6.35 ERA over it’s last 17 innings. The Mariners will have Logan Gilbert on the mound, who you know I love, and while he coughed up three runs in five innings his last time out, he should be able to handle a team that sports a strikeout rate near 22-percent against right-handers.