Fantasy Baseball Daily Round Up April 19: Yordan Alvarez Launches One in Houston and Freddie Freeman Gets His Revenge 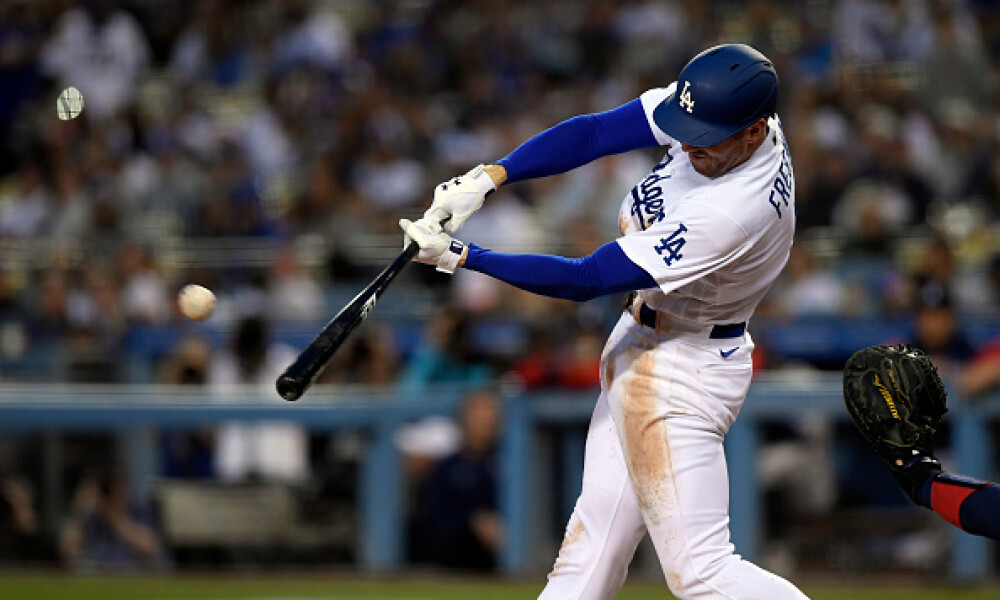 While Monday’s slate of games in Major League Baseball had quite a few washouts, there was still plenty of tangible news, notes, and performances to come out of Monday’s action for fantasy baseball managers to digest. The 2022 Major League Baseball season has already had its highs and lows, and Monday was no different. Tampa Bay’s Shane McClanahan posted a career high nine strikeouts against the Chicago Cubs, and the Atlanta Braves are jumping for joy to have Ronald Acuña Jr., one of the game’s best players, nearing a return to its lineup. Put yourself in the shoes of the opposing starter, seeing Ozzie Albies, Ronald Acuña Jr., and Matt Olson in the 1-2-3 spot. Atlanta will become one of the most feared lineups to face, not to mention a top MLB DFS stack. Regardless, there is plenty of news and notes to discuss, so let’s dive in and take a look at the top stories in Major League Baseball from Monday, and a brief peak behind the curtains of Tuesday’s Major League Baseball games.

After tearing his ACL in 2021, Acuna’s return to the field is nearing, and it seems like the team is anticipating a return in early May. His rehab stint in Triple-A Gwinnet begins today, and when he is ready to return to the big club, he won’t be an everyday outfielder immediately. Expect Atlanta to allow him to get his legs underneath him in the outfield, but to ensure his bat remains in the lineup, he’ll likely DH more often than not in the early parts of his return to action. Orlando Arcia and Alex Dickerson have been the team’s primary designated hitters to date, but upon Acuna’s full return, expect Marcell Ozuna and Adam Duvall to be the primary DH options.

The 21-year-old has opened the year on quite the tear, but some quad tightness made him a late scratch for last night’s game against the Cubs.

Fortunately, the injury doesn’t seem serious, and the team expects him to be in the lineup for today’s contest. Franco is hitting .381 with a .934 OPS through his first 42 at-bats of the year, but he’s still looking for that first home run.

Jose Altuve exited the game late after what appeared to be injuring his hamstring while running out a ground ball late in Monday’s contest. He'll undergo more testing today, and while it seems like Altuve may have downplayed it a bit, you could see his expression on the field that he didn’t seem too encouraged. Altuve put his head down and dropped his helmet, not necessarily in frustration or indicative of a serious injury, but perhaps more disappointment or disbelief. You can hear Altuve talking about the injury below:

Also, Lance McCullers will head to the 60-day IL, although the team said it isn’t due to a setback or anything of the sorts.

Sure. Just what you want us to believe! Will we see McCullers in 2022? That’s the question.

Just as we expected, Chad Kuhl shut down the Philadelphia Phillies offense at Coors Field, a place where he hasn’t had much success before yesterday. After six scoreless innings for the former Pittsburgh Pirate, he left with what was called a “tight right hip flexor and right hamstring.”

He’ll be considered day-to-day for the time being as he likely undergoes further evaluation, but he has been excellent for Colorado thus far. After posting a 4.44 ERA in five seasons with the Pirates, Kuhl has opened the year with a 0.87 ERA and career best 48 percent ground ball rate with the Rockies. He’s using his sinker more than ever before, and while the strikeout numbers haven’t jumped, he’s enjoying a sizable increase in whiff rate for his slider.

McClanahan posted a career-high nine strikeouts yesterday against the Cubs, giving him 24 strikeouts through his first 15 innings pitched this season. He’s generating more swings-and-misses with all of his pitches, and his 40.7 percent strikeout rate is the third-best mark amongst qualified starters. 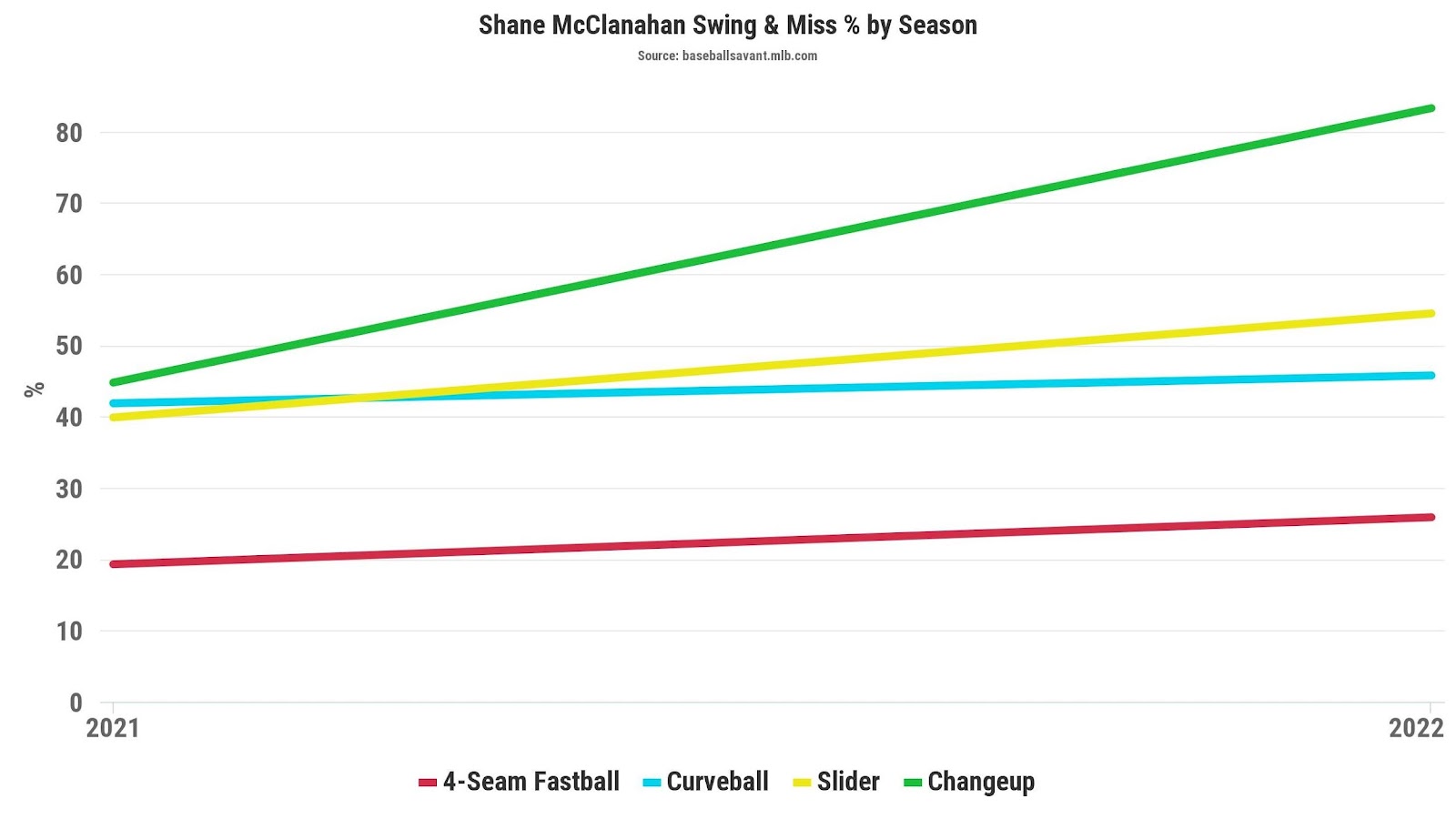 His ground ball rate is through the roof at the moment, and while that mark likely creeps down closer to his career norm, McClanahan is off to an impressive start, and he completed six innings last night, something he had only done six times in 25 starts in 2021.

The Revenge Game Narrative is Back!

The revenge game narrative isn’t just football, folks! We saw it on not one, but two occasions last night. After opening the year on a 1-for-26 skid, Tommy Pham goes up against his old club, and what do you know, he totals three hits, including one home run, and falls a triple short of the cycle. Perhaps this is just what Pham needed to jumpstart his 2022 campaign.

Then, while Freddie Freeman has enjoyed more success to date with his new club than Pham, Freeman had yet to send one sailing over the fence. Well, his first at-bat against his old team, Freeman goes yard, sending an up-and-away fastball over the fence in left-center for his first round tripper.

REVENGE GAMES ARE BACK!

Yordan Alvarez Hits One Out of Houston

No words needed here - Just enjoy the monster home run out of Yordan Alvarez last night in his return to the lineup.

I’ll leave the betting picks to Howard Bender, and make sure you check out all the great content that will come out here today at Fantasy Alarm. Whether you need FanDuel, DraftKings, Yahoo Fantasy, PrizePicks or Underdog Fantasy content, we have you covered here. However, I won’t leave you completely empty-handed, so here are a couple of things to watch today/tonight, and a couple of nuggets: