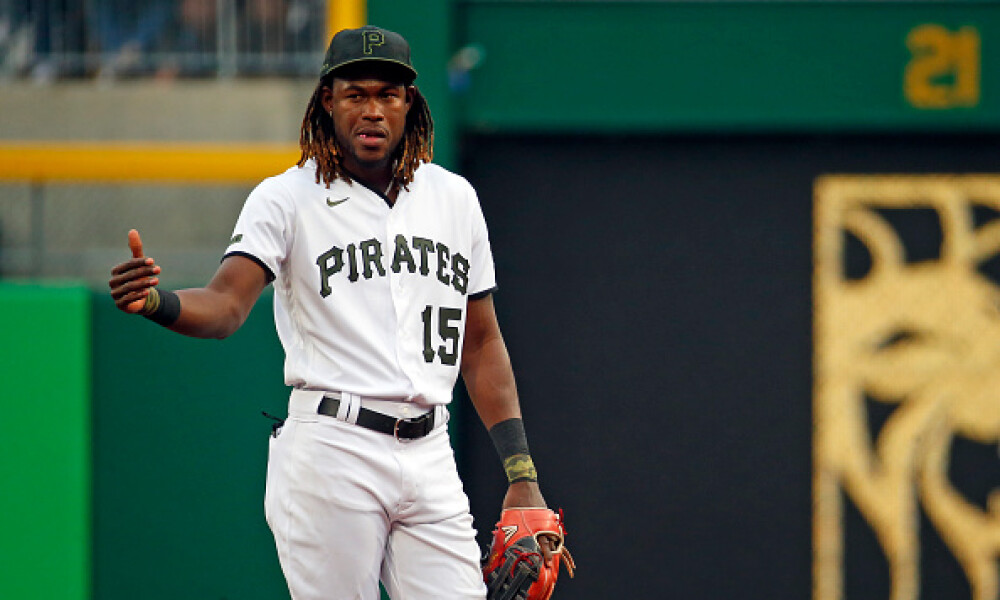 It’s hard to believe but we’re already in mid-June of the 2022 MLB Season. We’ve seen a fairly steady flow of top prospects come up already this year across baseball — and more are on the way. Teams will continue to call up the talent they believe will help the major league roster win, and that means that a new influx of talent is coming for fantasy baseball lineups to enjoy. There’s been a ton made of the call-ups, or debuts, of some of the top guys in the farm system already this week, but let’s dive into it a bit more. We’ll also talk about a couple of prospects that could be coming up sooner rather than later, as well as some key prospects that could stick on the rosters now that MLB rosters are limited to just 13 pitchers on the 26-man active rosters.

Prospects Called Up This Week

The prospect that everyone has been talking about this week — for good and bad reasons. His debut on Monday was impressive with the hardest hit ball of the year for the Pirates and the hardest thrown ball by an infielder on the season. The sprint speed was also on display as well. However, the base running still needs polish, the hit tool does as well, as does the approach at the plate. There is no doubt that this upside is tantalizing for both the Pirates and fantasy baseball managers, but there’s still time before he reaches it, clearly. He will never have a great hit tool, we’re talking in the .250 range at best, but likely .240s. However, the double-plus power and elite speed mean he might just hit 30-35 homers and steal as many bags. Two of the biggest concerns are the strikeout rate that comes with his game, and his height, as well as the almost guaranteed position switch that’s coming to move him to right field. There is reason to be excited with Cruz’s debut, but those in redrafts expecting an immediate impact bat might be disappointed this year.

Greene was the talk of spring training this year and the anticipation of seeing him in the majors was palpable. That was before the injury delayed his debut. However, we got that debut this week as the Tigers look for any solution to their abysmal offense so far in 2022. Greene has everything you want in a middle-of-the-order bat and then some. In 198 career minor league games he hit .291 with 30 homers and 25 steals while also positing a .372 OBP. A legit five-tool contributor is what Greene is once he gets his feet wet in the majors. If he’s still available in your redraft leagues, he should be picked up now as he’ll be in the starting lineup on a nearly everyday basis at this point for Detroit and it’s just a matter of time before the power and speed make an appearance in his stat line.

Am I seeing things or is Jeter Downs really coming up? Nope, not seeing things, he’s actually coming up. Though perhaps temporarily. He’s mainly up given that Kiké Hernández and Christian Arroyo are both out with various ailments. The skill set has been there to make Downs a top prospect in the past, but as he’s moved up through the minors, less and less of it has shown through. The batting average has struggled to keep up with better pitching although the power and the speed has still shown through. Currently he’s one of just two players with double-digit homers and steals at Triple in the International League despite is .180 batting average. The inability to make consistent contact means that he’ll likely finish the rest of the year at Triple-A once either Arroyo or Hernandez comes back from the IL.

I’ve previously mentioned Aranda as a prospect that might be close to coming up due to his very solid stat line at Triple-A Durham and his multi-position versatility. There are few positions he hasn’t or can’t play, save for pitcher and catcher, and it’s just the type of bat we expect Tampa to use a bunch to give guys days off in the dog days of summer as they’re known. Aranda doesn’t have one skill that sticks out above the others but is more of a sum-is-greater-than-the-parts type player. Let’s face it though, that kind of player has always done well for the Rays and provided fantasy value simply by being on the field. You can expect a little bit of everything from Aranda but nothing in huge amounts.

What Prospects Will Stay on MLB Rosters

There was some concern as to how long Kirilloff would spend on the major league roster with his latest call-up — my answer is the rest of the year. The big bopper for the Twins has looked a bit overmatched early in his MLB stints but looks too good to be in Triple-A. So the solution is to continue to let him see major league arms and get used to the pitching. All of the tools are there for Kirilloff to be an impact middle-of-the-order bat for Minnesota in short order with a 60-grade hit and power tools. He’ll be given the leash to become that the rest of the way now that rosters are limited on pitchers.

Duran has been a bit of a shuttle guy this year between Triple-A Worcester and Boston — previously he needed an injury or Covid to make the big league squad. Now, however, he’s up for good it appears as they used the pitcher limit deadline to keep him up. The early returns have been mixed for sure but the upside is showing through with the speed for sure. So far the lefty-hitting outfielder has struggled against southpaws on the mound and that might lead to a platoon role for him, but even hitting only against righties would still give him the bigger side of the platoon. The hit tool is slightly better than average, and a tool he’s worked hard to improve over the last two years, but the power is definitely below-average. At his best is a top-of-the-order hitter who can wreak havoc on the base paths but could also slot in the nine spot as teams use more circular lineups now.

The Padres have been making a lot of moves of late, mainly due to injuries. While it’s easy to think that Abrams will head back down to the minors once Manny Machado is healthy, keep in mind they called up Abrams without putting Machado on the IL in the first place. The team needs as much offense as they can get and the versatility that Abrams brings, with guys like Ha-Seong Kim and Jake Croenenworth, lets them get creative in creating a lineup each day. The speed is the calling card here, but don’t power which is coming. There’s a reason this guy is a top-10 prospect in baseball.

Lowe is back with the Rays after a terrible start to the year. He was recalled following Tampa sending a reliever back down to Triple-A to get to the 13-pitcher limit. While the start of the year was certainly disappointing for anyone banking on his production in fantasy baseball, he did regroup well at Triple-A and found the swing that got him to the majors in the first place. He should stick with the big club at this point and will be given a fairly long leash to produce as they will reuse the outfield/DH rotation they had going in April. If he’s on the waiver wire, he needs to be picked up as soon as you can.

Which Prospects Are Coming Up Soon

You may have heard some rumblings about the speedster in the San Diego system. You may have heard me bring him up on the MLB Podcast this week with Colby. If you haven’t though, here’s what you need to know about him. Ruiz has played 60 games between Double-A and Triple-A this year and has amassed a whopping 48 steals. He’s also posted 13 homers, though some of that is helped by the hitting environment in El Paso. Overall, the hit and power tools are below-average, at best, but there’s enough pop for 15 home runs a year. The main calling card is the amazing 75-grade speed he possesses. That speed helps not only on defense but also as a massive base-stealing threat on the base paths. He’s getting close to a call-up and the Padres offense could use all the help it can muster at this point.

You’ve heard me talk about Pasquantino before as a potential top-five first baseman in the majors. HE’s yet to come up, but he’s been putting on a good show in Omaha. Nope not the show the Arkansas fans are putting on at Rocco’s with their Jello shots, but close. Pasquantino is hitting near .280 with 17 homers in 64 games for the Storm Chasers. First base hasn’t been good for the Royals so far this year. Sure, Hunter Dozier has been decent, but Nicky Lopez at third and Carlos Santana at first have been terrible. There have been a few other top prospects for the Royals to already make their debuts this year and so why not have Pasquantino be the next one? It’s time to have their next corps of young players start playing together in the majors.