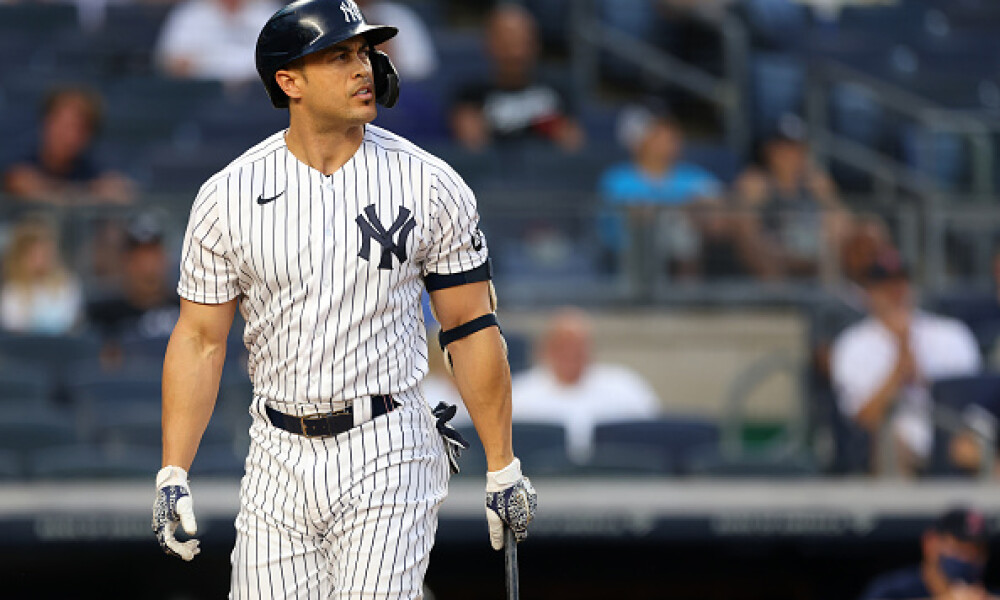 This week, we have a hefty schedule of interleague matchups across the entire week! The Angels’ and Yankees’ primary designated hitters are most impacted, but there are a couple of other situations worth monitoring as well. Without further ado, let’s jump in!

Just a one game series here, as this is a makeup from an earlier postponement. The most likely outcome here is that Garrett Cooper serves as the team’s designated hitter, as he’s done it half of the time this year.

Arizona has yet to experience the luxury of having the designated hitters in its lineup yet this season! Will Madison Bumgarner be the team’s DH? While he could, he won’t. Carson Kelly seems to get the DH tag for one of these games, so that Arizona can keep his bat in the lineup without the rigors of catching, but for the other game, it’s likely to be Pavin Smith or Christan Walker.

In three games this year when the Mets had the designated hitter, Jeff McNeill operated in that capacity twice, with backstop James McCann getting the other nod. McCann should DH one of these contests, with either Dom Smith or Pete Alonso likely garnering the other start as the team’s DH.

Since Franmil Reyes went on the injured list with his oblique issue, it’s been a revolving door at the DH spot for the Indians. Bradley Zimmer has emerged as the regular center fielder in recent days, whereas Owen Miller, Josh Naylor and Harold Ramirez battle it out for right field and the designated hitter role. St. Louis is scheduled to throw two righties, and Naylor has the best numbers versus right-handers. Look for him to be a lock in the team’s lineup, and he gains some value in deeper formats.

The Giants could let Evan Longoria be the team’s designated hitter for a game or go with Wilmer Flores or one of their seven outfielders. However, Buster Posey should get a day as the team’s DH, and with Texas throwing two righties in the series, Mike Tauchman will spend the majority of the series on the bench, as he’s a preferred guy for San Fran when a southpaw is on the bump.

Given how the Nationals have deployed their lineup given the handedness of the opposing pitcher, this one should be relatively straight forward. Typically, Josh Bell plays first base when a righty is on the bump, and Ryan Zimmerman gets the nod when a southpaw is pitching for the opposition. Well, the Nationals could use both bats in the lineup, so look for Zimmerman to start both games at first base while Bell is the team’s DH.

Well, at least for this series in a National League stadium, we won’t be deprived of Shohei Ohtani . He’s slated to throw one of the games, so he’ll be out there for that one, but the other two games likely find Ohtani on the bench, relegated to just pinch-hitting duties. Unless you have a better option, you might be forced to leave Ohtani in your lineup and hope that he makes the most of his pinch-hit appearances.

Willie Calhoun typically acts as the team’s designated hitter, but when they went to Colorado and had to forego the DH spot, Calhoun played left field twice, and Khris Davis even got a start out there. Davis could find himself out there for the series opener with Calyton Kershaw on the mound, but he’ll return to the bench when two righties head out there to close out the series. Davis doesn’t really gain a ton of value here, considering this only potential start is one of the best pitchers of our era.

Giancarlo Stanton has struggled since returning from injury and it’s been nearly two years since he last played in the field! For this two-game series in Philadelphia, it seems as if Stanton will be the primary pinch-hitter for the Yankees. Even those in deeper formats might be hard-pressed to start Stanton this week, especially if you have other options.