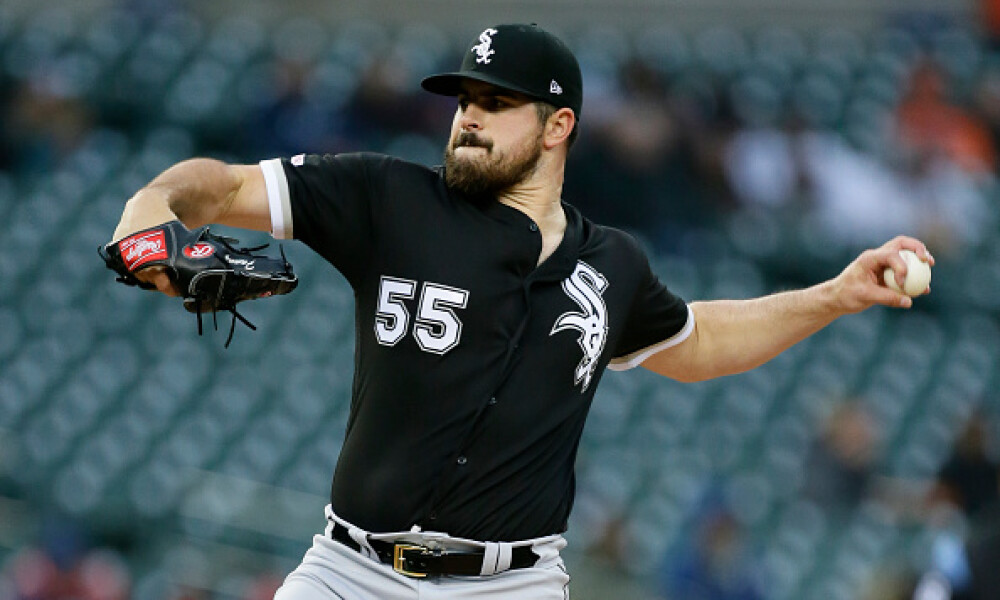 Fantasy baseball players may not believe it, but recent reports indicate the MLB lockout could be coming to an end very soon! Pat Ragazzo, a Mets beat writer for Sports Illustrated said, according to his sources, both the MLB owners and MLBPA are “hopeful that they will agree on a new CBA by tonight [Tuesday] or tomorrow [Wednesday] at the latest.” The two sides were deep into negotiations until about 3 am ET on Tuesday and there is more optimism throughout the industry that a deal could get done this week. If that is the case, fantasy baseball players are going to need to stay vigilant as we expect plenty of player movement via free agent signings and/or trades.

That’s where this article series comes in as there are a number of starting pitchers still seeking a new home. There is still plenty to unpack before the MLB season begins and we’ve got you covered right here.

He’s not the Clayton Kershaw of old and we could really use some spring training to see where he is really at, but the name recognition at least warrants a longer look. A recent report had a former teammate of Kershaw’s telling Bob Nightengale of USA Today that he believes the 33-year-old southpaw will either pitch for his hometown Texas Rangers or retire. That’s not exactly reassurance that all is well with Kershaw if it’s Texas or nowhere, but it does have us intrigued even at a 145 ADP mark should he land in Arlington.

It seemed like Carlos Rodón was getting ready to rocket up draft boards after posting a 2.37 ERA with a 0.96 WHIP and 185 strikeouts over just 132.2 innings, but late-season shoulder issues cropped up and then the White Sox decided against giving him a qualifying offer heading into the offseason, so now we’re all scratching our heads, wondering what they know that we don’t. There are likely a number of teams that have studied his medicals, but we won’t know anything until the lockout ends and Rodon finds a home and starts throwing in camp. It’s a pretty big red flag, though, so be careful with his current 111.84 ADP.

Does the old man have enough in the tank for one more good season? Zack Greinke is 38-years-old and is coming off his second-straight season where the ERA was north of 4.00 and his peripherals are telling us the end is near. However, that doesn’t mean he can’t come in on a one-year deal somewhere and give us a final hurrah. We’ll have to see where the landing spot is, but remember, if it’s in a hitter-friendly environment, it could get ugly as he allowed a career-worst 30 home runs last year.

While the walks and home runs rose last season, Yusei Kikuchi put together a solid 2021 with an increased K-rate and an improved ERA from his first two years in the majors. The peripherals weren’t all that tasty, but should he land in the right situation, he could really take off. Jim Bowden mentioned the Mets as a possible landing spot and then a report from Andy Martino of SNY on Tuesday confirmed the Mets' interest. As Bowden said, imagine the lefty sitting between Jacob deGrom and Max Scherzer, learning how to pitch in the majors and attack hitters. That definitely gets an OH BABY from me!

While the Mariners never gave Tyler Anderson a qualifying offer, they are still expected to try and re-sign the 32-year-old southpaw even after he posted just a 4.81 ERA with only 48 strikeouts over 63.2 innings (13 starts) when they acquired him mid-season from the Pirates. He’s never had big strikeout numbers, so for fantasy purposes, he’s more likely to be serviceable as a streamer against clubs that struggle to make consistent contact. With the universal DH in play now, a return to the NL wouldn’t really mean anything, so just hope for a pitcher-friendly ballpark to call home.

Where does Fantasy Alarm have these outfielders ranked? Full 2022 fantasy baseball player rankings from Jim Bowden, Adam Ronis, and Howard Bender can be found here in our Fantasy Baseball Draft Guide.