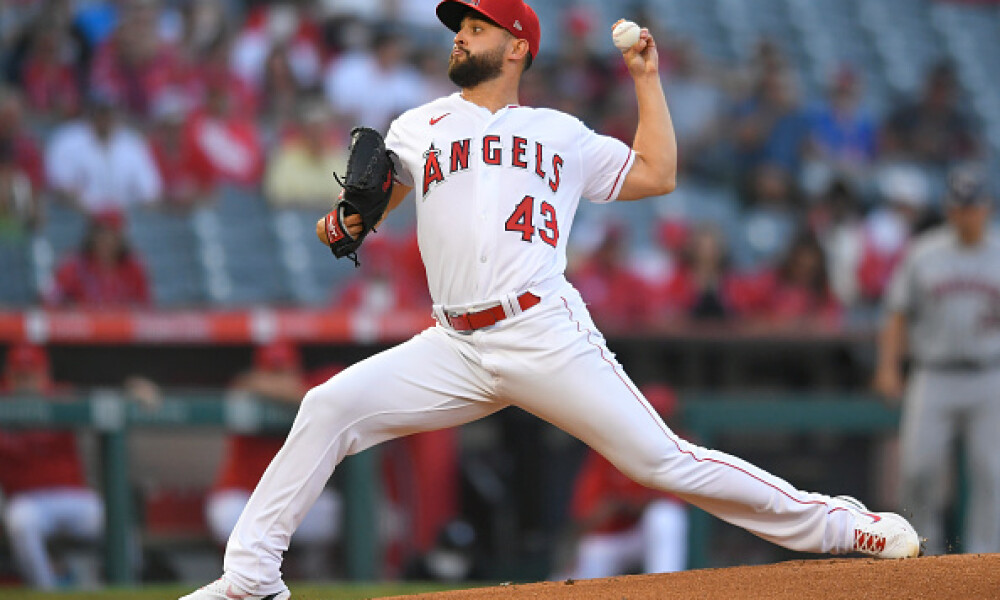 Anybody that pays attention to fantasy baseball or baseball in general can go out there and tell you who you should take early on in your drafts, but what happens when names are flying off the board? Who should you be drafting then? Well, that’s what we’re here for. We’re here to find you the 2021 version of Cedric Mullins. We’re here to find you 2020 Shane Bieber. Let’s rock!

Sometimes, when entering a season, we see guys with ADP’s that should likely be higher, but there is something depressing their draft stock. In Sandoval’s case, it’s the stress fracture in his back that forced him to call it quits on his 2021 campaign after just 87 innings. But boy were those 87 innings impressive.

There have been two things Sandoval has been good at pretty much every stop he’s made professionally; strikeouts and ground balls. Both of those things were on full display in 2021 as he notched a 25.9% K-rate and a 51.1% ground ball rate.

Here’s possibly the most impressive thing we’ve seen during his big league stops;

His stuff is clearly nasty and big league hitters – up to this point – swing through a lot of his stuff. His ‘21 SwStr rate was up there amongst the league's elite starting pitchers, he just didn’t have enough innings to qualify and have his name etched on a plaque. Could a repeat of something of this altitude provide us an even higher ceiling in terms of K-rates? We should be willing to take that shot here.

It was an unfortunate 91 innings despite how electric it was at times because he punched the dugout and broke his hand and that forced him to miss time from May 16th to August 17th. Almost three months exactly.

Ynoa’s breakout – shortened – campaign was predicated around his swing and miss stuff and the strikeout. He notched a robust 26.9% K-rate and had a 13.1% SwStr as well. That in large part has to do with increased use of his slider, a pitch he threw 48.2% of the time. He threw it more than his fastball.

Opponents swung at it nearly 47% of the time and it's a large part of his success and why he’s such an intriguing prospect for 2022 and beyond. There is a shoulder ailment that could potentially be lingering. It took him out of the playoffs and because there’s a lockout, we’re a little unsure how it’s healed, if at all. It’s a risky proposition, but late in drafts are where you want to take shots on talents like Ynoa.

Generally the age 30 breakout is a bit fluky, but who’s to say Zunino couldn’t give us another 25+ home runs this year. I bet 15 catchers in baseball couldn’t do that. Zunino has done that twice and has cleared 20 HR four times throughout his career. In fact, there were only SEVEN catchers last year that reached the 20 HR marker and two that hit 30. Zunino and Salvador Perez who’s being drafted in the top-50 in NFBC drafts.

Sure Francisco Mejía is going to draw starts from behind the dish, but isn’t there a reason he’s with his third organization since 2018? He’s average everywhere. Zunino is a superior defender that also has 30 HR upside.

If you want late-round power, going for cheap, at a position that is VERY scarce in this exact department, look no further than Mike Zunino.

We’re not the only ones aboard the Steven Matz bandwagon. Look at his trend report on NFBC from right before signing in St. Louis until now. People are recognizing how good of value he is as he sits around pick 250 of drafts!

Matz tenure in Toronto wasn’t long, but how about that showing for his first full season in the American League and it being in the American League East nevertheless? Matz won 14 games and pitched to a 3.82 ERA across 29 starts. For the record, the Red Sox, Rays and Yankees ALL finished within the top-13 in OPS too, so hats off to Matz..bars.

Matz isn’t a big-time strikeout arm as he struck out 22% of the batters he faced last year, but he got back to his roots and notched a 45.5% ground ball rate and limited his opponents to a 27.1% hard hit rate.

All that to say he’s back in the National League and is pitching for one of the best defensive teams in baseball from a year ago that retained all of it’s elite defenders and gets to face pitchers with a bat in their hands too. He’s heading into his age 31 season and he could be as good as ever in his new home out there in St. Louis!

With how good Miami’s pitching staff can be as well as their young lineup has the potential to be, they could be in many more close, competitive games than they have been in quite some time. Potentially leading a lot of those games. That’s where Floro fits in right where he was in 2021; in the closer's role.

Floro notched 14 saves for the Marlins last year and is the only pitcher on their current roster that had more than three. He posted a respectable 23% K-rate last year and while forcing the opposition to beat the ball into the ground at a 49% clip. He limited their hard hit rate to just 25% as well.

He was absolutely dominant hurling in the pitchers haven that is Marlins Park last year putting up a 1.65 ERA and held his opponents to a sub .180 BAA. If he can tighten things up on the road and against left-handed hitters, Floro could net us 20+ saves as the opportunities should be there.

Despite all of the rumors that the Yankees are in the market for a first baseman, they have one and he happens to be pretty good when he can stay on the field. It was a brutal 2021 for Voit as he battled through injury after injury and was replaced by a trade for Anthony Rizzo while he was out, but what does 2022 have in store for the slugger?

Obviously this could change on a dime but while the league is locked out and the Yankees have time to sit around and think about their options, Voit may be the best one they have and again, if health is on his side this year…look out.

The Dodgers have a lot of questions in their rotation that right now don’t have answers. Who’s going to replace Max Scherzer? Trevor Bauer likely doesn’t pitch again for LA, so what then? Gonsolin is definitely a possible answer to this whole question. In limited games across three seasons, Gonsolin has looked dominant at times, pitching to a 2.85 ERA across his first 142.1 IP.

After notching a 26.1% K-rate in 2020, he took his K-rate to new heights in ‘21 posting a 27.2% mark. He’s an elite swing-and-miss guy as well, as he’s topped 12% in each of his first three seasons in the majors. He’s going to have a BIG opportunity in leagues that support wins too, considering how good his team's offense is going to be.

In order for Gonsolin to take the next step, he needs to cut down on the 5.5% BB/9 innings. The league average was a little over three walks per nine innings for context. If he can regain his control, Gonsolin could take the next step in his development and pay huge dividends in fantasy land.

With recent chatter about Keston Hiura potentially making another position change, this time to the outfield, that would pave the way for Tellez to play full-time at first pace. Tellez has really had big-time moments in the bigs and the Brewers saw the potential and got him in a trade last year.

In 56 games as a Brewer last year, Tellez impressed, notching an .814 OPS, .209 ISO and .341 wOBA. Tellez is a source of power late in drafts as he’s already notched one 20 home run season and would likely have three if he played in Milwaukee all season and if the ‘20 wasn’t a shortened year.

Tellez shines when it comes to statcast data as he had a career-high 92.2 EV (exit velocity) and 48.1 HardHit%. He also would have finished in the top-35 in barrels, ahead of the likes of Freddie Freeman and tied with Kyle Tucker. Good company there. Give Tellez 500 plate appearances and there’s 25-30 home run potential in MIller Park. 2022 could be his best chance for that.

Although we only got a 63 game sample size out of Joe in 2021, it was more than enough to impress us and more importantly impress the Rockies so much that everyone wants another cup of Joe! The creamer in this coffee is the fact that Joe flashed some power while also reaching base a whole lot. He was nearly on a 20 home run pace while notching a .379 OBP in the meantime. No wonder he’s projected as the team's leadoff hitter in 2022!

According to Baseball Savant, no park over the last three years has stirred up more offense than..drumroll please..Coors Field. Joe took full advantage of his home yard last season too as he notched a .333/.424/.611 slash line at home. Let’s also not overlook the fact that Joe not only played in the outfield last season, but made 14 starts at first base, which qualifies him on a LOT of sites for both positions. How sweet can this coffee really get?

The one thing that could sour our drinks is the Rockies potentially mixing and matching their outfielders. Per roster resource, Raimel Tapia is projected to be a member of the Rockies bench. The Rockies still believe – somewhat – in Sam Hilliard too, so considering there still isn’t a universal DH and that Charlie Blackmon has one outfield spot on lock, someone is always an odd man out. But thank goodness Joe can give C.J. Cron a day off at 1B to stay in the lineup. The value on Joe isn’t going to get any better than this!