Fantasy Baseball Daily Round Up: June 10 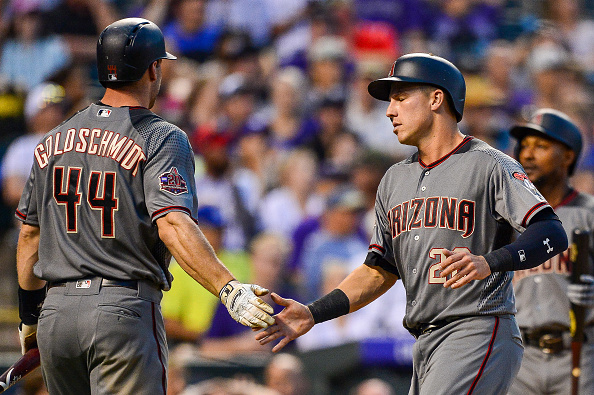 With 15 games spread evenly spread across yesterday there were only a handful of games on the evening slate. The Mets are now 2-13 in their last 15 games and coming into Saturday night’s contest they had scored a total of just three runs in their previous five games. They doubled that in the first inning of Saturday’s game against the Yankees, but that was it in terms of offensive production. The Mets would lose 4-3 after the Yankees regained the lead in the eighth inning off an Aaron Judge home run.

The Rockies and Diamondbacks did not disappoint in Coors Field last night. This game featured a massive over/under of 12 runs heading into last night and the two teams combined for 19 total. Trevor Story launched a pair of home runs and Paul Goldschmidt joined in on the fun as well hitting his eleventh and twelfth home runs of the season. Goldy owners, and Arizona fans alike, can exhale because it appears the elite first baseman has returned to form. Since May 23rd he is slashing .411/.484/.929 with seven home runs, a triple, and six doubles. He still isn’t stealing many bases but at this point those who invested a first-round pick in him are just happy with the power.

The struggles for Alex Wood continued on Saturday night. Coming into last night’s start he had given up 11 earned runs in his last 7.1 innings of work including four home runs in that span. It didn’t get any better for Wood as he failed to get out of the fifth inning. He gave up four runs, but only two were earned and he gave up nine hits. If owners need to hang their hat on anything they can take solace in the fact he didn’t allow a home run and didn’t walk anybody. However, he did need 92 pitches to get through 4.2 innings. 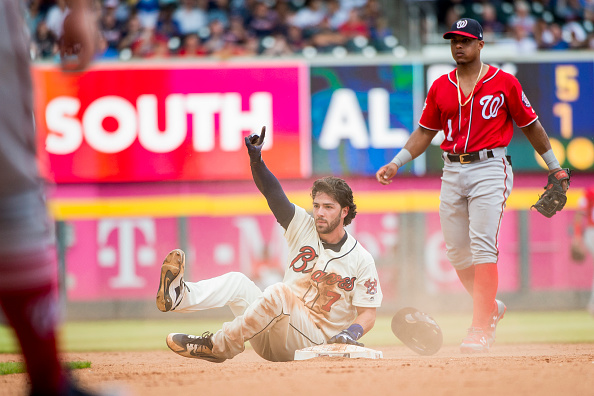 Dansby Swanson ’s great start to the month of June continued last night. Heading into last night’s tilt against the Dodgers Swanson sported a .308/.357/.731 slash line with three home runs in seven games so far this month. Last night the hot streak continued as he scored three runs and stole a base. His recent streak has seen him move up in the batting order for Atlanta where he can only gain more fantasy value.

Adam Eaton looked good in his return to the Nationals lineup Saturday afternoon. He scored a pair of runs in the leadoff spot. When he’s been healthy he’s looked great in Washington’s lineup. Surprisingly he’s less than 70% owned in Yahoo! leagues so if he’s available you should go get him.

Charlie Morton struggled in his second straight start. Coming into Saturday night’s outing he had a 3.94 ERA and had allowed nine home runs over his previous eight starts (48 innings of work). Four of those home runs came in the two starts leading up to Saturday night. Morton was perceived as the top pitching option on the slate and he couldn’t even make it out of the fourth inning. Morton needed 87 to get through 3.2 innings of work and while he didn’t give up a home run he still allowed six men to reach base via base on balls. His ERA on the year still stands at 2.82, but his recent struggles are somewhat alarming.

Ken Giles was again overlooked for a save opportunity Saturday night against the Rangers. So far in June he has logged just two innings of work while allowing three earned runs. A.J. Hinch wasn’t kidding earlier this season when he said Ken Giles would likely end up with the most saves on the Astros but that didn’t mean others in the bullpen wouldn’t get a chance. Lately it appears Giles is in poor standing with Hinch. Since May 19thHéctor Rondón has been one of the better arms in Houston’s bullpen. In 7.1 innings of work he has ten strikeouts with one walk. Additionally he’s given up just five hits, but hasn’t allowed a run to score. Perhaps this is why Hinch has let Rondon get the last two save opportunities.

Masahiro Tanaka and Stephen Strasburg were both moved to the disabled list this weekend. Tanaka strained both his hamstrings while running the bases and it has once again brought up the discussion of the National League adopting the designated hitter option. Strasburg was placed on the DL with shoulder inflammation although the Nats say there is no structural damage. While that is good news, Strasburg owners can’t be too surprised by this move. He has only thrown 185 innings in a season just once in his career.

The Angels have quietly won six straight games and are 3.5 games back for the lead in the AL West. Can they lock up the series sweep in Minnesota when Nick Tropeano toes the rubber?

Can Ross Stripling keep his hot streak since May alive against the Braves?

Will the Mets rebound during Sunday Night Baseball against Luis Severino ?