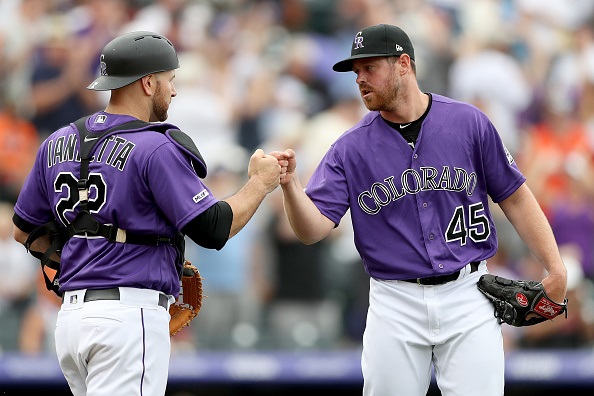 If you thought, as I did, that Atlanta’s bullpen would be settled after all of their deadline trades, you thought wrong. Shane Greene has allowed at least one earned run in each of his three outings with the Braves, and even though we expected regression was coming, I don’t think anyone expected it to be so dramatic. I expect Shane Greene to get Atlanta’s next save chance, but all bets are off if he can’t convert the save. Luke Jackson and Anthony Swarzak would be the obvious choices to close if Greene cannot, but they were the first two relievers Braves Manager Brian Snitker has gone to each of the last two games, even though Atlanta had big leads in both games. Mark Melancon was brought in to get the last out Thursday with a runner on first and a four-run lead, which may or may not mean anything. I wouldn’t add any of Atlanta’s other relievers, though if I had to pick one, it would be Jackson, simply because he was pretty good in the role earlier this season. I wouldn’t drop Shane Greene yet either. It may be a bumpy ride, but I bet he will remain Atlanta’s closer the rest of the way.

Scott Oberg picked up the save for Colorado on Friday, and my expectation is he will remain the closer the rest of the way. Wade Davis ’s contract and track record gave him a long leash, but now that the Rockies have made the change, I think Oberg would really have to struggle for Davis to get his job back. Colorado has the fewest saves in the league, so I get why fantasy managers aren’t rushing out to add Oberg, but there’s nothing to say he couldn’t get 10 saves the rest of the way. Save opportunities can be fluky. He’s a good pitcher and appears to have a firm grip on the job, and I don’t think you can say that for anyone else who is so widely available. 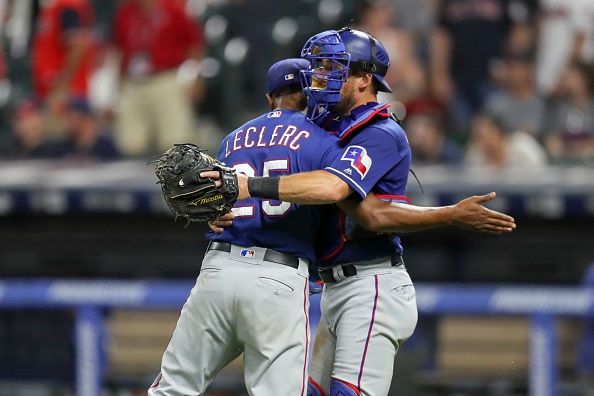 Shawn Kelley came off the IL Wednesday and allowed a hit and got one out. José Leclerc has two saves and a win in his last three outings, but he has a 6.35 ERA and 1.76 WHIP over the last two weeks. I would rather have Leclerc right now, but I suspect he will have an awfully short leash. We know he will rack up strikeouts, and he can be great for a sustained period, but the walks will always come back to bite him eventually. If Leclerc loses the closer job, Kelley will almost certainly replace him.

Mickey Callaway said Monday Edwin Díaz will remain the Mets’ closer, though with the Mets only half a game out of the second Wild Card spot, I can’t imagine he will have a very long leash. Seth Lugo got the save for the Mets on Monday, and if Diaz falters again, Lugo would be the obvious choice to take the role.

Anthony Bass tossed a scoreless inning to get the save Wednesday, and he is probably the Mariners closer going forward. Seattle has four more saves than Colorado this season, but I think I would rather own Oberg than Bass right now.

Joe Jiménez should be Detroit’s closer; though he hasn’t had a save opportunity since Greene was traded. Like José Leclerc , Jimenez has a lot of strikeouts but a high WHIP. While Leclerc gives up too many walks, Jimenez gives up too many hits. The way I see it, the biggest difference between Leclerc and Jimenez is Leclerc has an obvious replacement in Shawn Kelley , while Joe Jiménez does not. Also, Texas is still nominally in the Wild Card race, while Detroit is not. If Jimenez is really terrible, Buck Farmer might get a shot to close, but I would rather have Jimenez over Leclerc.

So much for Nathan Eovaldi closing games for Boston. Brandon Workman has Boston’s only save over the last two weeks and three of Boston’s four saves over the last 30 days. The Red Sox only have 22 saves on the season, and there’s no guarantee Workman even gets the next save chance. I think I would rather own Oberg or even Anthony Bass before I would mess around with Workman. Eovaldi and his 6.59 ERA and 1.67 WHIP are obviously droppable.

Ken Giles allowed a two-run home run but still got the save Wednesday. If you own him, go ahead and get him in your lineup. The concern with him has always been health, not performance. Though it is interesting that Derek Law , not Justin Shafer , had Toronto’s last two saves before Giles’s save on Wednesday. That being said, if Giles is healthy, this is his job.

Taylor Rogers and Sergio Romo each have a save since Romo was traded to the Twins. I suspect Rogers will lead the Twins in saves the rest of the way, but Romo will be involved, especially if a lot of tough righties are due up in the ninth. At least you know you’re getting strikeouts and a great WHIP from Rogers even if he has to share closing duties.

Pedro Strop was activated from the IL on Tuesday, one day after Craig Kimbrel landed on the IL himself. Strop has been up and down all season, but he has nine saves so far, and he should be locked in until Kimbrel returns. Kimbrel isn’t expected to spend much more than 10 days on the IL, but Strop is a short-term add, especially if you lost Kimbrel.