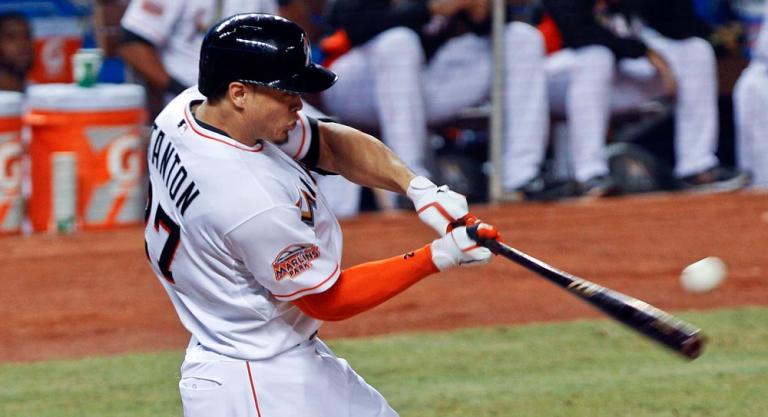 Week 11 turned out to be worrisome for many owners, particularly those who have Bryce Harper and/or Cole Hamels. Harper, who is slashing .344/.476/.720 with 22 homers through 65 games, strained his hamstring when he slipped while attempting to make a throw. He might be given an MRI, depending on how his injury responds to a couple days rest.

On the other hand, you have Cole Hamels, arguably the best pitching piece available at the trade deadline this July. He was scratched from his June 19 start with what was diagnosed as a mild hamstring strain. He has yet to confirm or deny his availability for his Wednesday start, making lineup decisions tricky for those in weekly leagues.

Week 12 will see many players return from injury, including a full first week for Victor Martinez, Stephen Strasburg, Matt Cain, Jake Peavy and possibly Ivan Nova. Strasburg would be the most useful this week, seeing as he is slated to take the hill twice in this scoring week.

Let’s run through another edition of the MLB Weekly Preview for MLB Week 12:

Here are five important pieces of information to keep in mind when setting your lineups for both seasonal and daily competition:

After each team played a four-game interleague series in the beginning of week 11, only two series are of the interleague variety in week 12. The Twins travel to Milwaukee for a weekend series, where Joe Mauer and Kennys Vargas will push for playing time at first base. Mauer will likely start at least two games, but it wouldn’t be surprising if Vargas stole one start from Mauer.

The Phillies head to the Bronx to open up the week and it seems that Ryan Howard and Chase Utley will handle the DH duties. Cesar Hernandez will handle the second base duties, but he still remains an option in deeper NL-only formats.

Max Scherzer might be the easiest DFS selection when he toes the rubber here in week 12. He faces the Phillies for the fourth time this season and has dominated them. He is 2-0 with a 1.23 ERA and a 23:3 K/BB ratio in 22 innings against the Phillies. He is a must-start this week.

Michael Pineda draws the Phillies and the Astros in his two start week. Although the Astros lead all of baseball in home runs, they strikeout once every 3.62 at-bats. Even though it goes without saying, the weak-hitting Phillies are a great matchup for any pitcher and is something that should be exploited.

Hector Santiago has a 2.91 ERA in his last eight appearances, going 2-2 in 46 1/3 innings. His 47:12 K/BB ratio and 1.11 WHIP are good enough for owners to get him active this week. He should rack up some strikeouts against the Astros, and the matchup with the underachieving Mariners is enticing as well.

Using statistics, gut instincts and estimated guesses, here are five bold predictions for week 12. Next week, we will revisit these predictions to see the results.