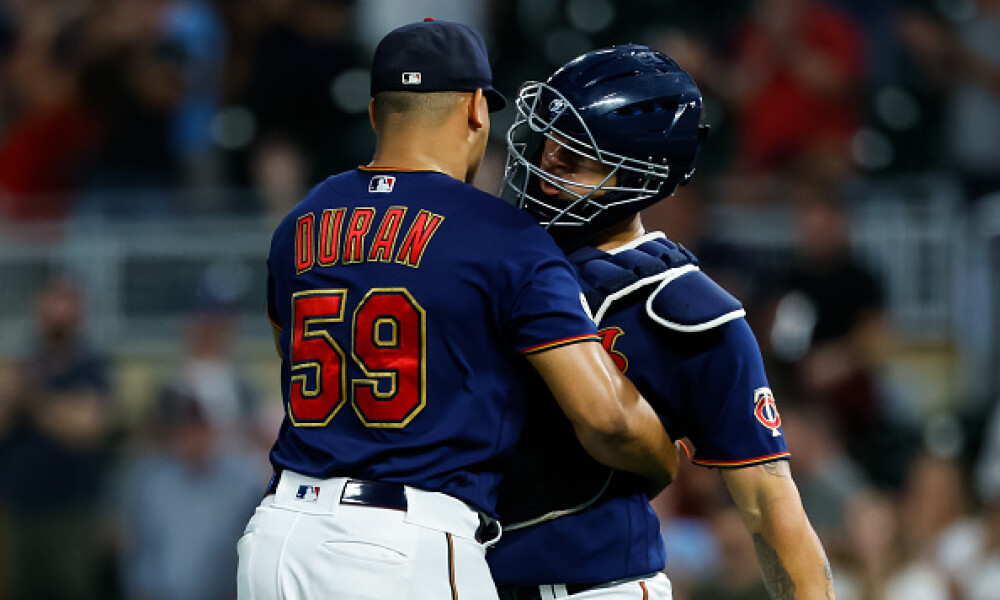 With just two weeks left to baseball’s regular season, there are still plenty of fantasy baseball managers who continue to seek out any closers who can help them move up the ranks in their league’s saves category. We’ll identify a closer who is actually available in 5% of Yahoo! leagues and can help those fantasy managers. In addition, and as we often do in this column, we’ll identify three under-the-radar relievers who can sometimes provide better weekly fantasy production than some ordinary starting pitchers. Don’t forget to utilize our Closer Grid throughout the week. It’s a great resource for identifying bullpen closers, handcuffs, and sleepers.
(The statistics quoted in this article are accurate as of the morning of 9.20.2022)

The 37-year-old Bard, who was actually out of major league baseball between the 2014 and 2019 seasons, hasn’t given up a run in his last nine appearances (10 IP). He’s converted six saves and picked up two wins during that time frame.  Bard has the fourth most saves in baseball (32) and is signed through the 2024 season. Carlos Estévez (1.14 ERA, 1 Save, 10 Holds in his last 24 games) is Bard’s handcuff but Dinelson Lamet (3.18 ERA since being traded to the Rockies) has also been used in late-inning high leverage situations.

Acevedo has recorded the A’s last three saves dating back to September 14th. He has a modest 4.1 IP scoreless streak and Acevedo has also been a good resource for holds with 20 this season. With A.J. Puk stumbling a bit of late (11.57 ERA in his last 4.2 IP) Acevedo should continue to get save opportunities for the rest of the season. Acevedo is only rostered in 5% of Yahoo leagues.
10 other relief pitchers converted two saves last week including:

As a team, the Twins have just three saves since September 8th and Duran converted the last two. Michael Fulmer has the other. He has a 1.19 ERA and has struck out 68 batters in his last 53 IP.  All-Star closer Jorge López, who was acquired by the Twins in a trade with the Orioles, has fallen on some hard times of late. Lopez has a 10.80 ERA in his last 6.2 IP across seven appearances.

Minter, who has 25 career saves, is baseball’s holds leader with 31 this season. Minter has been especially effective since August, pitching to a 0.89 ERA, while striking out 31 batters in 20.1 IP. Minter has 13 holds during that time span.

We talked about how effective Iglesias has been of late in last week’s article, and he had another great week. Overall, Iglesias has now pitched 16.2 consecutive scoreless innings across his last 18 appearances. He picked up a save and 10 holds during that time span. As Kenley Jansen’s handcuff, Iglesias, who has 157 career saves, has a wealth of experience in pitching in late-inning high leverage situations. We mentioned that Jansen had been in a slump in our last column but since then he hasn’t given up a run in his last four appearances and has converted three saves.

Thielbar is another Twins reliever to take note of, especially if you play in a league that tracks holds. He has a 0.75 ERA in his last 12 IP and has struck out 15 batters during that time frame. Thielbar has 18 holds on the season.
Twelve other relievers had two holds last week.

With starting pitchers averaging 5.2 innings per start so far this season, in some instances, you might get similar, or even better production by using a top middle relief pitcher instead of a mediocre starting pitcher in a given week. The following are examples of middle relievers who often make multi-inning relief appearances and might have deep league fantasy value based on their recent performance.

Williams made two relief appearances last week and he pitched a total of 5.1 innings. He struck out nine batters and walked just two while pitching to a respectable 3.18 ERA. The Mets have occasionally used Williams as a spot starter but most of his appearances have been in relief this season. He has a 1.29 ERA in his last 12 appearances, picking up a win, a hold and a save during that time frame.

Let’s stay in Queens. Rodriguez made two relief appearances last week. He pitched four scoreless innings, struck out seven batters, and didn’t issue a walk. Rodriguez has 12 strikeouts in his last 8.1 IP and has a 2.16 ERA during that time span.

As we stay in New York but shift over to the Bronx we’ll turn our focus to Schmidt who made two appearances and worked 4.1 innings in relief last week. He struck out seven batters and did not issue any walks. Schmidt typically works multiple innings in relief and has 22 strikeouts in 21 IP since being recalled from the minor leagues in late August.