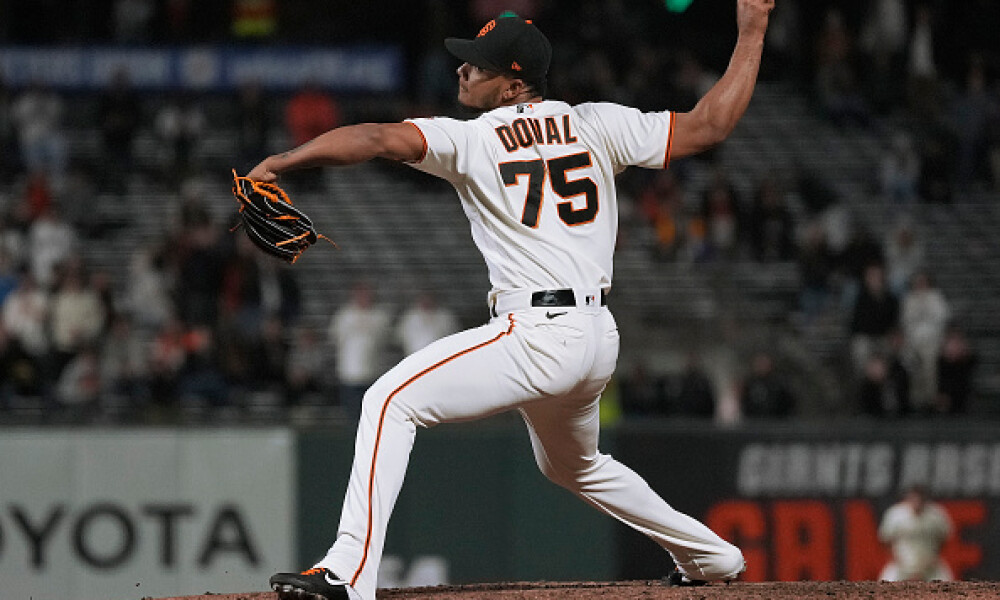 If you still need proof that the fantasy closer position is one of the most volatile in fantasy sports just compare the top 10 leaders in saves from this season to the list from the 2021 season. You’ll find that only four relief pitchers were on both lists. It’s been a typical roller coaster type of season when it comes to the closer position. Clay Holmes had a meteoric rise early in the season and was virtually unhittable as the Yankees closer for a while, but injuries and ineffectiveness eventually derailed his season. Taylor Rogers got off to a hot start, saving 28 games for the Padres, but he cooled off quickly and was eventually traded to the Brewers and he’s now Devin Williams’ setup man.

Last season’s MLB saves leader Mark Melancon blew one too many saves for the Diamondbacks this season and lost his closers job. Will Smith (who’ll be a free agent in 2023) seemed poised to once again be the primary closer for the world champion Braves, but they signed Kenley Jansen right before the start of the season and he immediately took over as the team’s closer. Raisel Iglesias saved 34 games for the Angels last season. The Angels moved him at the trade deadline and he’s now Jansen’s handcuff.

The 2023 fantasy baseball draft season will be interesting when it comes to closers. After his uncharacteristically bad season Josh Hader will no longer be considered the de facto number one closer coming off the board and even Liam Hendriks has had his ups and downs this season. Emmanuel Clase and Jordan Romano, who had breakout 2021 seasons, have developed into elite closers and will likely be highly sought after (and will be very expensive) in 2023 preseason fantasy baseball drafts. The following are a few relievers who have had breakout 2022 seasons and should be on your radar for the 2023 season.

Doval enters the last day of the season with 27 saves and a 2.53 ERA. Right-handed hitters are batting just .183 against him. While Doval’s cutter has been surprisingly hittable (.340 BAA),  opposing hitters have a .158 BAA his slider which has a 38.7 Whiff Rate.

Cardinals manager Oliver Marmol may never fully embrace the strategy of relying on one closer for the majority of his team’s save situations, but Helsley has picked up 12 of the Cardinals’ last 16 save opportunities. Helsley uses a three-pitch mix to dominate opposing batters. He throws a four-seam fastball that regularly reaches triple digits on the radar gun and his slider and curveball have 53.5 and 42.4 Whiff rates, respectively. He has a 1.25 ERA and a .128 BAA on the season.

Bautista took over as the Orioles’ closer after they traded Jorge López to the Twins at the trade deadline and has done a phenomenal job. The Orioles have placed him on the IL (knee), but he finished the season with a 2.19 ERA, 12.1 K/9 and he saved 15 games and held 13 others.

Bednar spent about a month and a half on the IL this season and that might drive down his price in 2023 preseason fantasy baseball drafts. He may pitch for a team that isn’t expected to win too many games next season but even with all of the time he’s missed in 2022 Bednar has managed to save 19 games thus far. He keeps the ball in the park (0.7 HR/9) and induces plenty of strikeouts (12.0 K/9).

Entering the last day of the season opposing batters have a cumulative BAA Leclerc’s slider, changeup and cutter of .139. Leclerc has recorded six of the Rangers’ last seven saves and while his walk rate is higher than we’d like to see (4.0 overall BB/9) he has still managed to maintain a low WHIP of 1.133.

Barnes ends the season right where Red Sox manager wanted him to be at the start of the season, and that is as the team’s closer. Entering the last day of the season Barnes has pitched 10.1 consecutive scoreless innings and he’s saved four games and held four others.