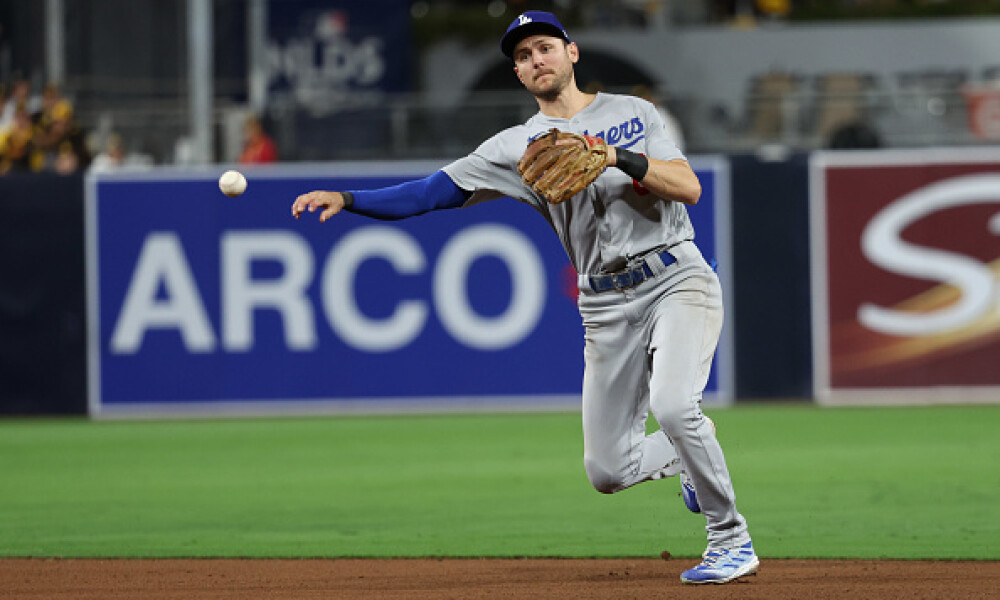 The 2023 MLB free agent class is a deep one. That carries on through to shortstop. Building a team up the middle, whether it be a fantasy baseball team or a professional baseball lineup starts with getting top players up the middle of the field. The 2022 MLB season was a masterclass in what shortstops can do for MLB teams from Francisco Lindor to Jeremy Peña, the talent was on display all over the league and that includes the following free agents. With 2023 MLB Fantasy Baseball drafts seemingly right around the corner, now is the perfect time to start seeing what free agency will mean for fantasy values and ADP for the top shortstops on the market.

What a productive run it’s been in L.A. for Turner. Since being traded to the Dodgers at the deadline in 2021, he’s been the anchor to that star-studded offense and has even played both second and shortstop defensively. We all know Turner is a highly valuable fantasy baseball asset, but there are some things to be slightly concerned with going forward. First, he’s going into his age-30 season and we’ve typically seen speedier guys slow down when the reach their thirties. The same has already been happening with Turner. In every full season since swiping 46 bags in 2017, he’s stolen less bases each successive season. Now part of that could be that he was hitting third for the Dodgers in 37-percent of his games last year but, he was hitting at the top of the order for Washington and part of the year for the Dodgers before that. Additionally, while the runs have stayed at 96 or above each of the last four full seasons, the RBI total will almost assuredly drop from the 100 he posted in 2022.  Turner put up 45 RBI while hitting third in the lineup, or nearly half of his season-long total in 37-percent of his games. He has stated that he wants to go to an East Coast team once more and it seems like the Phillies are the favorite to land him as of mid-November. If he’s in the top-two spots of an order he’ll be good for every fantasy baseball category aside from RBI.

Another year, another great one for Bogaerts… or at least in some ways. The slash line was hard to beat for starting shortstops as he was the best in MLB in AVG and OBP among shortstops with at least 300 PA. His .456 SLG was fifth-best at the Major League level. So yeah, that’s hard to beat. The power left something to be desired as did the runs and RBI. The 15 homers were the lowest in a full season for him since 2017’s ten. and they were less than half of what he hit in 2019 (33). Perhaps the drop in homers can be explained by a drop in both Barrel rate and HR/FB rate as his Barrel rate (6.5%) was the lowest he’s posted since 2017 and that corresponds with a significant drop in HR/FB rate. In 2021 and 2019 his HR/FB rates were 14.6 and 16.7 respectively but last year it fell to 10.6, again a new low since 2017’s 7.2-percent rate. While we can explain the drop in runs and RBI with a bad Red Sox offense, it also doesn’t help that he wasn’t driving the ball as well either. With his age-30 season upon him and opting out of the remaining three years of his deal in Boston, he’s looking at this to be his last chance to really cash in. While this isn’t Coors we’re talking about, over his career, Bogaerts has hit 22 more homers and 41 points higher in AVG at home than on the road in nearly identical at-bat splits. Will that hurt him on the open market compared to some other names in free agency?

If we’re looking for durability and everyday players at shortstop, it’s hard to look past Swanson, who’s missed all of two games over the last two years combined. When we factor in the 60-game 2020 season, he’s played 382 out of the last 384 regular season games. That being said though, he’s had a bit of an every-other-year thing going with his batting average, BABIP, and wOBA over the last four years. In 2019 he hit .251, then .274, then .248, and then .277 in 2022 while the BABIP fluctuated about 50 points in that same span and wOBA varied from .317 to .348. It turns out that much of his variance is based on what he does at home as he’s hit .251 and .252 on the road the last two years with basically the same counting stats in tow. If we dig into the numbers for Swanson as to why there might be the inconsistency in the ratios, there are some interesting notes. First, there’s not a big difference between his Barrel rates over the last three years with him notching 11.4, 11.4, and 10.8 respectively. Additionally, his Hard Hit rates have stayed in the mid-40s according to Statcast and between 23.5-26-percent based on batted ball events. So what’s the issue? It’s his spray chart data. In the two years over .270, his Pull rate is less than 40-percent while during the lower average years it’s 41.6-percent or higher. So, if we’re looking for a guy who plays every day and has 20-15 potential at shortstop, it’s Swanson but if he gets pull happy, the slash line will take a hit.

It was another standard year for Correa. A good batting average, good OBP, double-digit walk rate, and reasonable strikeout-rate. The counting stats match what he’s done every year of his career as well, more or less. The only confusing part for Correa is why he opted out of making $35.1 million in 2023 in his deal with Minnesota. Especially in this offseason with the guys on the market who are listed above him. Sure, the slash line is very good but that’s really the only “special” thing about him at this point. He doesn’t stay healthy enough to be counted on for 150 or more games a year (he’s done that once in his eight-year career). Correa doesn’t steal bags either. In fact, he’s attempted just two steals in the last four seasons combined. Then there’s the defense in which Correa ranks 19th (out of 22 qualified SS in 2022) in defensive fWAR and he is negative in OAA (Outs Above Average). “Not great Bob,” as they say. So what does all this mean for fantasy baseball value in 2023? Well, it’s basically going to be the same Correa as we always get. He’ll hit .275 or above, with 20 or more homers and play 130 or so games with not much else special about the counting stats no matter where he plays. That being said, it’s going to be interesting to see what deal gets him signed because at this point you have to assume he wants a six-or-seven year deal, through his age-34 or 35 season, and that might take a while to get done.

It might be interesting to see Andrus on this list but the year he had can’t be ignored. While it’s true that it was just his third double-digit homer season of his career and the batting average wasn’t great, the analytics suggest it wasn’t necessarily a fluke. The Strikeout-rate, Walk-rate, Hard Hit %, Barrel %, and wOBA all right around his career averages. The speed continues to remain for Andrus despite approaching his age-34 season in 2023 and that will continue to make him valuable in fantasy baseball. There’s also the fact that his fWAR ranked him 12th out of all qualified shortstops last year and his bWAR put him inside the top-80 hitters overall. Not bad for a 33-year-old middle infielder, huh? Going forward, I’d expect to see him get a shorter deal to be a starting shortstop for a team on the cusp of competing or perhaps being a target for a team losing one of the other shortstops listed above as he’ll likely be far cheaper than what they’re likely to sign for.