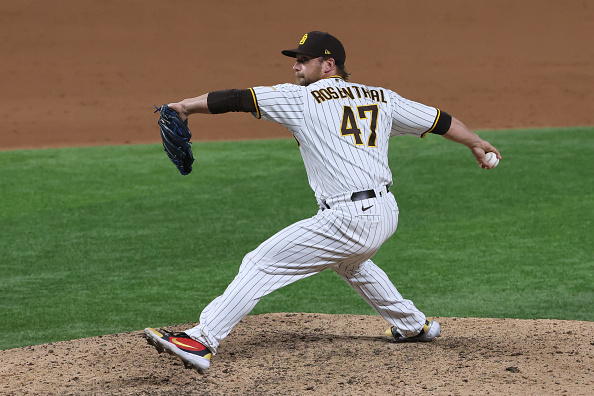 It’s been almost a year since the world went haywire and on a Monday night, a week after the Super Bowl, things seemed to get back to a bit of normalcy. The Mock Draft Army was back! I was joined by the creator himself, Howard Bender, all week and we dove into draft season.

The first mock was chronicled by Howard and Jim Bowden on the Fantasy Alarm show on Tuesday and then again on Ante Up with Howard and Adam Ronis. Jim praised the efforts of Austin Kroeger’s draft from the four-hole and Adam liked my start from the ten-spot with the combo of deGrom and José Ramírez . One aspect that’s fun at the end of the draft is that we get to check the Fantasy Alarm draft evaluator which projects the favorite to win the league based on the site’s projections. That honor went to Dan Crinion who picked third and started with Tatis, Mondesi, Giolito, and Kershaw putting to rest the theory that you need to pick a pitcher with one of your first two picks.

It’s hard to get a feel for an ADP after just three mocks, but let’s take a look at some trends we saw and compare them to what is being seen at the NFBC. Starting pitchers continue to dominate the first two rounds in the NFBC. Looking at 12-team drafts from Feb 1st to Feb 20th, eight pitchers are being taken in the first two rounds. The Army had a little different approach as it waited on starting pitching. Wednesday’s mock saw only five starters taken in the first two rounds and the first pitcher, deGrom, was taken eighth and Cole and Bieber went 11th and 12th. From the leadoff spot, Howard waited until round five to take his first pitcher in Lance Lynn . The Evaluator liked the move as he was projected to tie for first with my squad that led off with deGrom.

One of the reasons we love the Army and think it’s a great tool to prepare you for your drafts is that you come away knowing more than when you entered the draft. I learned that some are willing to take a closer as early as the third round. The NFBC has both Liam Hendriks and Josh Hader going in the fifth round. The Army was right in line with Hendriks having a fourth round ADP and Hader, a fifth round average. Taking a closer this early is not my cup of tea in 12-team leagues but I may have to reconsider in 15-teamers.

Trevor Rosenthal signed a one-year deal with the A’s to presumably become their closer. His ADP rose to 148 with a minimum pick of 92 as compared to 186 before the signing. As the closer picture is always cloudy with many teams this time of year, when something becomes clear, ADP moves. His ADP will continue to rise and get into the tenth round of 12-team leagues. Before his signing, Jake Diekman was the presumptive closer, but his ADP barely moved, going from 327 to 341, as most drafters figured that the A’s would look elsewhere. 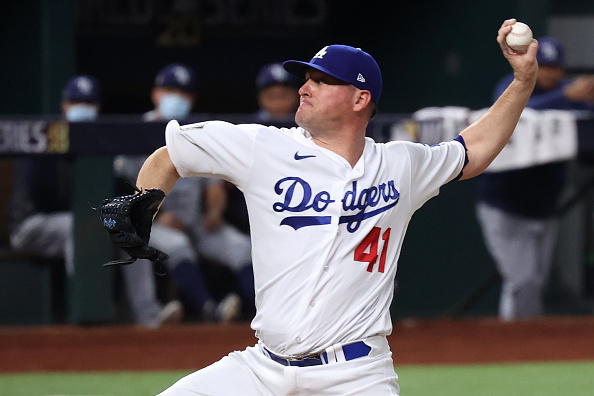 Jake McGee saw a resurgence last year with the Dodgers and turned it into a two-year deal with the Giants. McGee hasn’t seen double digits in saves since 2016 but there is some speculation during drafts that he will see some save opportunities in San Francisco. Reyes Moronta and Tyler Rogers are in the mix there as well.  McGee saw his ADP go from 550 to 350 with a 266 minimum pick last week. McGee is worth a late-round speculative pick, but if the hard-throwing Moronta is healthy, the job may fall into his hands. Follow our closer coverage with Greg Jewett throughout the season.

In Arizona, the Diamondbacks signed Asdrúbal Cabrera to a one-year deal. This move had more of an effect on the ADP of Daulton Varsho as it put into question playing time for the young C/OF. His ADP dropped two rounds in 12-team leagues going from 160 to 185. He’s been a speculative pick as he has catcher eligibility and was thought to be in line for the everyday CF job. His playing time and Cabrera’s need to be watched during spring training to see what Arizona has in mind.

What happens when a left-handed power hitter, who plays a position of need, gets signed to a minor league deal with Colorado? His ADP goes up and everyone projects him to be top ten in HR’s in the National League. That player is CJ Cron. Twitter went gaga over the signing and his ADP went from 385 to 268 with a minimum pick of 196. If Cron does land the starting job, those who picked him as a reserve in early drafts will be getting a bargain.