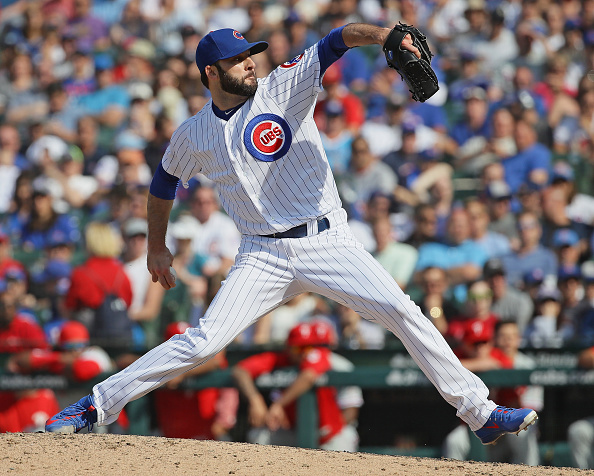 It is hard to believe that we are nearing the end of June already, especially when each week brings more and more misery to fantasy GMs who keep losing players left and right.  That is why it is so critical that you scour the waiver wire frequently and seek out players who can provide depth at multiple positions because inevitably you are going to need it.  So, without further ado, here is the next edition of the fantasy baseball emergency room.

The Mariners have overachieved this year thanks in large part to Jean Segura who is batting .334 with six home runs, 44 RBI, 52 RBI and 14 stolen bases.  He has been an elite shortstop all season but missed Thursday’s game against the Yankees with an infection in his right forearm.  Segura is treating it with antibiotics and is not expected to miss much more time, if any at all.  He is a must-start in any league format and on pace to reach 100 RBI and runs scored. 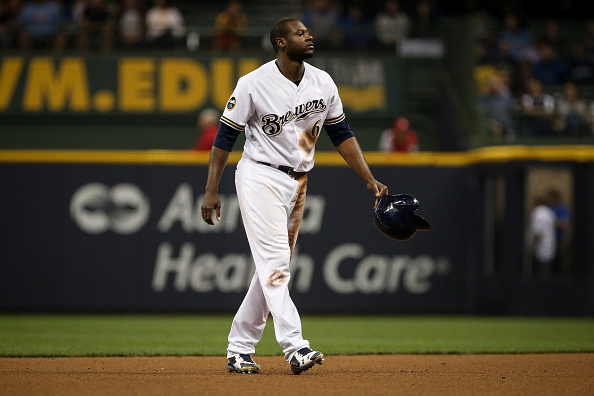 Cain was taken out of Thursday night’s game against the Cardinals with cramping in his right hamstring.  Milwaukee was being overly cautious with Cain who is batting .294 with eight home runs, 26 RBI, 47 runs scored and 16 stolen bases.  He has been productive in most Roto categories and fortunately should not need much time off.  Right now he is considered day-to-day so continue to monitor his status to see if he is able to take the field on Friday.

The Braves will get a big boost early next week when Ronald Acuna is scheduled to be activated from the disabled list.  He has been out for several weeks with a knee injury but is scheduled to begin a rehab assignment on Friday.  Barring any setbacks, he is expected to return early next week and continue to build on his .265 batting average with five home runs, 13 RBI, 19 runs scored and two stolen bases in 29 games.

It seems like Braun has been on the injury report every other week all season.  He has missed the past couple games with an injury to his right thumb and is considered day-to-day right now.  Braun has had spurts of production this year but overall he has been a major disappointment batting .236 with eight home runs, 31 RBI, 26 runs scored and seven stolen bases.  He cannot be trusted to start regularly in fantasy lineups especially given a thumb ailment which will affect everything he does.

St. Louis has had a lot of injuries in their starting rotation and now they can add Michael Wacha to the list.  He has been placed on the 10-day disabled list with a strained left oblique and could facing a lengthy absence.  He allegedly had difficulty breathing which is indicative of how bad the strain was so expect to be without him for at least a month.  Wacha was having a very solid season going 8-2 with a 3.20 ERA, 1.23 WHIP and 71 strikeouts in 15 starts.  Stash him on your bench or a DL slot if you have the flexibility because he will provide a big boost to your rotation when he comes back down the stretch.

Taylor was taken out of Wednesday’s game against the Cubs due to tightness in his left hamstring.  The injury does not appear overly serious so he should be able to get back in the lineup for this weekend’s series against the Mets.  Taylor has predictably regressed this year after his breakout 2017 campaign, but he is still a productive middle infielder with eight home runs and 46 runs scored.  Fantasy GMs will want him back and healthy against the Mets who are in a freefall.

The Angels starting rotation is in shambles due to a rash of injuries, and now we can add Tyler Skaggs to the list.  He was scheduled to start on Thursday against Toronto but was scratched due to tightness in his right hamstring.  He will get further evaluated this weekend so hopefully he can avoid following several of his teammates to the disabled list.  Skaggs has been very solid thus far going 6-4 with a 2.81 ERA, 1.23 WHIP and 86 strikeouts in 14 starts.

Every year there are a couple injuries that are just plain stupid.  We have seen players get injured sneezing and carrying luggage.  Now we can add getting undressed to the infamous list as Brandon Morrow has landed on the disabled list after hurting his back while taking his uniform off on Sunday night.  He has been lights out as the Cubs new closer posting a 1.59 ERA, 1.15 WHIP and saving 16 games.  He is expected to be activated once he is eligible to return on June 27 so Pedro Strop should only have a short window to pick up some saves this week. 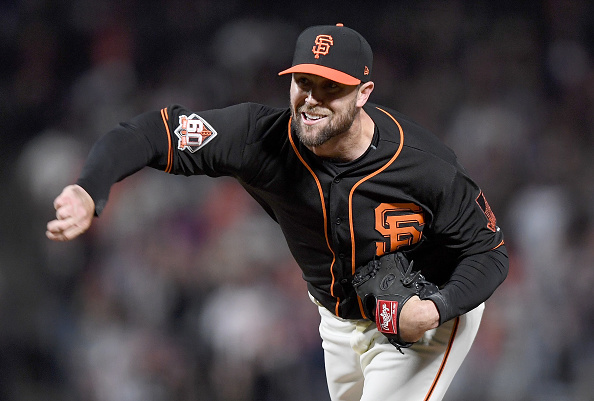 Speaking of closers with stupid injuries, Hunter Strickland belongs on a list of his own after he broke his right hand when he punched a door after blowing a save last week.  He is expected to miss up to two months following surgery to repair the fracture.  Strickland was serviceable as the Giants closer going 3-3 with a 2.84 ERA, 1.23 WHIP, 29 strikeouts and 13 saves.  Sam Dyson has been named the new closer but the Giants do have other options such as Tony Watson and Mark Melancon if Dyson struggles.

Escobar was removed from Thursday’s game against Boston with a contusion on his right elbow after he was hit by a pitch.  Fortunately, he was able to avoid a serious injury and could be back as soon as Friday depending on any lingering pain or swelling.  Escobar has been a valuable fantasy asset batting .300 with 12 home runs, 48 RBI, 35 runs scored and one stolen base while being eligible at both shortstop and third base.

Bad news for Franchy Cordero who was in the midst of a rehab assignment when he still experienced pain in his elbow.  He was diagnosed with a bone spur and surgery is a possibility.  The Padres moved him to the 60-day disabled list so he now can’t return before the end of July.  Cordero showed some promise earlier in the season with seven home runs and five stolen bases.  He is worth stashing if you have the roster room, but certainly do not feel obligated to hold onto him if you are limited with bench spots and need the depth.