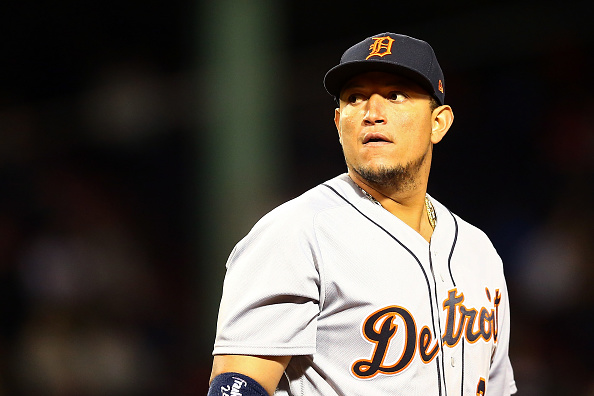 This edition of the injury report includes two former fantasy stalwarts that suffered significant injuries in the past couple days.  While these players are past their prime, they still provided depth and value on GMs’ rosters.  Evan Longoria will be back at some point later this summer, but we have seen the last of Miguel Cabrera until 2019.  His fantasy star has faded quite a bit over the last couple years, but we would be remiss if we did not appreciate his greatness and hope for a full and speedy recovery.  So, without further ado, here is the next edition of the fantasy baseball emergency room.

Terrible news for future Hall of Famer Miguel Cabrera who suffered a torn biceps tendon while swinging a bat earlier this week.  He immediately knew something was very wrong when he walked himself back to the dugout after swinging and missing.  Cabrera had surgery on Thursday to repair his biceps and will miss the remainder of the season.  He had already missed some time with injuries this year but was still serviceable hitting .299 with three home runs, 22 RBI and 17 runs scored.  He can be dropped in all redraft leagues and will likely see his draft value in 2019 take a plunge due to his age and dramatic dropoff in production over the past two years. 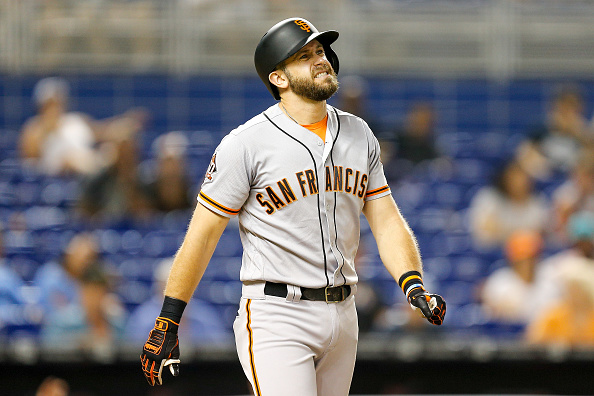 Giants third baseman Evan Longoria suffered a fractured left fifth metacarpal bone when he was hit by a pitch against the Marlins on Thursday.  Right now it is unknown if he will need to undergo surgery, but this is the same injury that Madison Bumgarner suffered in spring training and it took him two months to return.  Longoria was having a pedestrian season in his debut with San Francisco batting .246 with ten home runs, 34 RBI, 28 runs scored and one stolen base.  It is likely that Pablo Sandoval will get an opportunity to play more in Longoria’s place, and he would only be a viable fantasy option if he can regain his form from several years ago.

The Dodgers were unsure whether Buehler would need to go on the disabled list but they made the conservative move to shut him down retroactive to June 9.  Buehler was diagnosed with a right rib microfracture that he apparently had been dealing with for a couple weeks.  The good news is that he is only expected to miss a couple starts at most so this should not be an extended absence.  Buehler has been very effective since making his big league debut going 4-1 with a 2.63 ERA, 0.95 WHIP and 54 strikeouts in 51.1 innings.  Keep him stashed on your bench or a DL slot.

Foltynewicz has emerged as the ace of the Braves young pitching staff posting a 5-4 record with a 2.16 ERA, 1.14 WHIP and 94 strikeouts in 79 innings.  He was cruising on Tuesday night before being taken out of the game for precautionary reasons with tightness in his right triceps.  The Braves do not seem overly concerned as they have some off days coming up where they can give Foltynewicz additional rest in preparation for his next start.  He has become a must-start in fantasy lineups.

Chapman has been dealing with a right hand injury for quite a while but suffered a contusion on the hand in Thursday’s game against Houston.  He is scheduled to undergo an MRI which should let us know more about the injury and any potential absence he may require.  Chapman has played in every game for Oakland this year batting .250 with ten home runs, 26 RBI and 40 runs scored.  If he does land on the disabled list, he is a candidate to be cut loose from fantasy rosters unless you have a lot of available roster spaces to stash him. 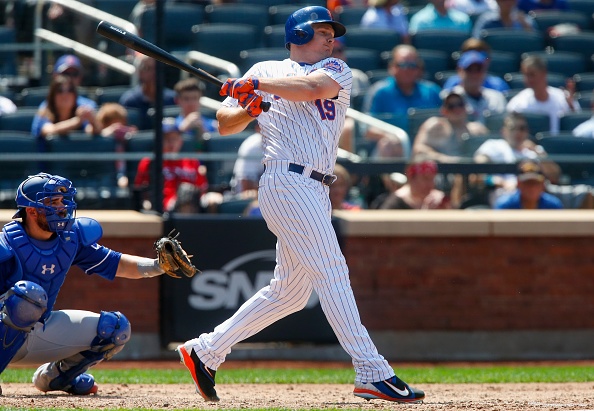 The Mets have been frequent visitors to the injury report all season and now we can add Jay Bruce to the list.  He was held out of Thursday’s game in Arizona with soreness in his back and will likely miss another game or two as well.  He complained about the soreness after Wednesday’s game so it is clearly something significant enough to warrant an extended rest.  Bruce has been abysmal at the plate this year batting .216 with three home runs, 17 RBI, 17 runs scored and two stolen bases.  He has reached the point where he should not be in starting lineups and is a borderline candidate to be dropped for potentially better options in the outfield.

Richards was taken out of Wednesday’s game against Seattle with tightness in his left hamstring.  He said he felt something in his hamstring in his last start before that as well so this is clearly a lingering problem.  The Angels will want to be cautious with Richards because their pitching staff is already thin after losing Shohei Ohtani for an extended period of time.  Richards has been solid this year posting a 4-4 record with a 3.42 ERA, 1.29 WHIP and 78 strikeouts in 68.1 innings.  Check back for updates after the results of an MRI are provided because then we will know if a stint on the disabled list is required.

Cozart has struggled mightily in his inaugural season with the Angels batting only .219 with five home runs, 18 RBI and 29 runs scored.  He has been dealing with a shoulder injury lately and is scheduled to undergo some additional testing.  His lack of production and ongoing shoulder discomfort will likely lead to a stint on the disabled list which will further strain the Angels infield depth as they are already missing Andrelton Simmons .