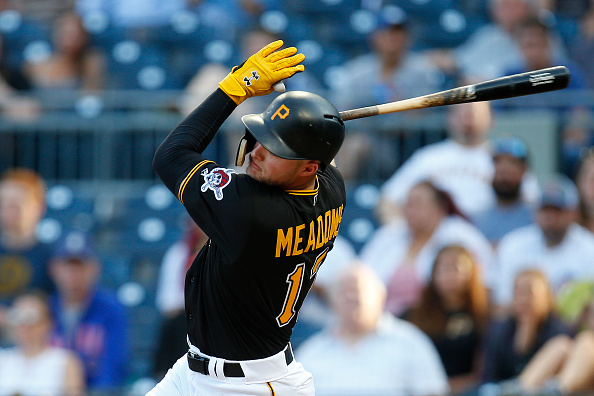 Austin Meadows , PIT OF (58% ownership), FAAB Bid - $16 - If you thought that the rookie Meadows was going to slow down, try again. He’s been fantastic across the board hitting .375 with five homers and swiping three bags in just 19 games. He hits second in the Pirates lineup too, so his at-bats are being maximized. He has a .452 wOBA, 192 wRC+ and a 39.7-percent hard hit rate. This kid is the truth and it would be wise for you to grab him yesterday.

Frankie Montás , OAK SP, RP (29% ownership), FAAB Bid - $14 - Montas’ start to his 2018 campaign could not have gone better. He’s 3-0 and has dominated in three straight starts. Albeit versus the Diamondbacks and Royals twice, but nevertheless, he’s been great. He has three consecutive quality outings notched and has allowed just three earned runs over his first 21.2 innings in the Majors this season. One thing to note is that he’s been having this success without the strikeout (16.9-percent) and that’s been the opposite of how his professional career has gone to this point. If the strikeout comes around too, then skies the limit.

Blake Parker , LAA RP (53% ownership), FAAB Bid - $11-13 - Parker has been excellent out of the Angels pen this year, especially of late. He’s converted three straight save opportunities giving him six on the year. Parker has really solid numbers across the board, including a 28.2-percent K-rate, 2.64 ERA and 3.17 SIERA giving us an indication that this success is for real.

Joc Pederson , LAD OF (20% ownership), FAAB Bid - $10-12 - Has anyone realized that Joc Pederson is playing out of his freakin’ mind right now? Over the last seven days he’s hit SIX homers and is batting .450. Unfortunately for Pederson, the Dodgers outfield is a mess and he’s pretty much in a platoon situation, so it’s hard to own him in anything less than 12 team league formats. He’s always flashed the power upside, but he can also hit for average, the Dodgers will be forced to play him everyday. 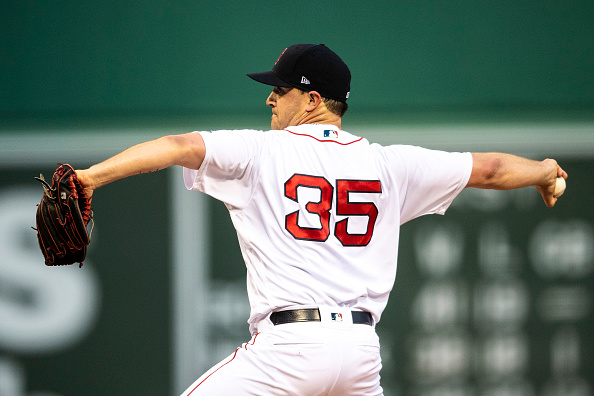 Steven Wright , BOS SP, RP (25% ownership), FAAB Bid - $11 - The veteran has not allowed a run in 10 straight appearances and is now entrenched in the Boston rotation with Drew Pomeranz on the disabled list. Wright messed around and threw seven scoreless innings in his first start of the year this past Tuesday against the Tigers. Wright has a chance to stay in the rotation going forward if he pitches well, too, so there is a lot riding on him continuing his success.

Brian Anderson , MIA 3B, OF (24% ownership), FAAB Bid - $9-11 - It remains to be seen if the rookie can keep it up, but boy Anderson’s been good up to this point in the season. After posting a three-hit game on Friday night, Anderson’s average on the year now sits at .304. He’s hitting .500 over the last seven days, has a six game hitting streak and has at least one hit in 10 of his last 11 games. He doesn’t hit for much power (three homers) but he has 30 RBI so he’s been extremely viable in that sense. He’s hard to ignore in 12-team league formats right now.

Daniel Descalso , ARI 1B, 2B, 3B, OF (12% ownership), FAAB Bid - $6-7 - I never thought I’d see the day where Descalso drew any fantasy ownership, but here we are. He’s actually been quite productive hitting in the middle of the Diamondbacks order. He has 31 RBI on the year which is two behind A.J. Pollack for the team lead and six ahead of perennial All-Star Paul Goldschmidt . His multi-position eligibility is also extremely valuable because he can be slotted in almost anywhere.

Dansby Swanson , ATL SS (29% ownership), FAAB Bid - $7-8 - Swanson has been a hot commodity in fantasy baseball of late. He’s been added by seven-percent of all Yahoo! leagues in just the last day. That’s probably because he’s rolling at the dish right now, slashing .303/.410/.667 over his last 10 games. Over that span, he has three homers, three doubles, seven RBI and six runs scored. He’s already matched his home run total from last season and has been solid enough in the runs (23) and runs driven in (25) to warrant fantasy exposure in deeper leagues. He could even hold some weight in 12-teamers because of how poor the SS position is.

Mike Montgomery , CHC SP, RP (14% ownership), FAAB Bid - $5 - It’s now been three consecutive quality outings from Montgomery who still isn’t ensured a spot in the Cubs rotation when Yu Darvish returns. That said, maybe they should consider him over Tyler Chatwood . As a starter this year, Montgomery has allowed just two earned runs across 17.2 innings. He’s posted a 53.8-percent ground ball rate or better in all three of those contests and has a 3.08 SIERA or lower in two of the three. In the meantime, Chatwood’s been more lucky than good posting a 5.53 xFIP on the year. It’s definitely something we should keep our eye on.