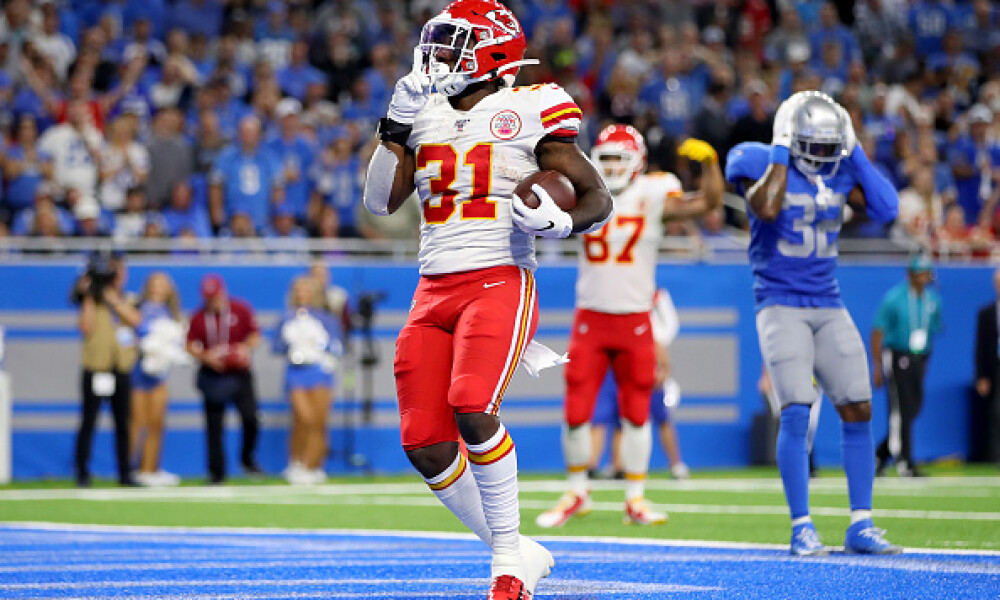 Injuries to some of fantasy football’s top RBs will make setting our weekly fantasy lineups all that much more difficult as game times approach in Week 6. We already know that Giants RB Saquon Barkley (low ankle sprain) will miss some time, but we’ll have to closely watch Christian McCaffrey (hamstring) and Dalvin Cook’s (ankle) progress as Week 6 kickoffs approach. We’ll also need to contend with the first bye weeks of the 2021 season with the Falcons, Jets, Saints and 49ers all taking a breather this week. Meanwhile, the Chiefs could be looking to add some depth to their backfield by trading for a former 1000 yard rushing back, and the Packers are hoping to expand their offense by utilizing the depth that’s already a part of their backfield. The Seahawks will be carefully evaluating Chris Carson’s injury status for this week and beyond, and the Ravens will likely continue to keep us guessing as to which RBs they’ll activate for Week 6. We’ve got you covered in this week’s fantasy football running back handcuff report.

Fantasy football managers rostering Chris Carson would be wise to have a long term back up plan. Carson who was out in Week 5 due to a neck injury, is in jeopardy of missing Week 6 against the tough Steelers run defense. According to Seahawks head coach Pete Carroll, this is an old injury that “occasionally pops up”. Should Carson be forced to miss Week 6, look for Alex Collins to again play the early downs with Dee Jay Dallas and Travis Homer filling the change of pace and third down back roles. Carroll also noted that should Carson be forced to miss more than one more game, 2018 first-round pick Rashaad Penny, who is due to come off the IR after Week 6, could pick up some of the slack and add depth to the Seahawks’ backfield. Follow Carson’s progress as Week 6 approaches.

With Chiefs RB Clyde Edwards-Heilaire on the IR and expected to miss a few weeks, look for Darrel Williams to likely get most of the team’s early down work with Jerick McKinnon featured as the third down back. The Chiefs are said to have expressed interest in trading for Colts RB Marlon Mack. Perhaps the Colts letting Mack take some first half carries on Monday night, (five carries for 47 yards, 9.4 YPC), was a way for them to showcase what a potential buyer would be getting if they made a deal for the 25-year-old back.

Keep an eye on A.J. Dillon who had his biggest day as a pass catcher in the NFL this past Sunday. It sounds like he could be in line for an expanded role in the Packers’ backfield. With four catches for 49 yards and a receiving TD, Dillon doubled his 2020 reception total. Packers coach Matt LaFleur, who drafted Dillon in the second round of the 2020 NFL draft, recently told reporters “although he didn't have the notoriety for having hands, I think we found out pretty early when we first got him a year ago that, hey, here’s a big guy that can be a threat out of the backfield. We’ve got to continue to find ways to get him the ball.”Aaron Jones is obviously the Packers’ primary back, but as a rusher the 247-pound Dillon is already tough to bring down and if he can expand his role into the Packers’ passing game, corners and safeties are going to have their hands full trying to tackle him. Perhaps he can develop standalone flex type fantasy value as the season progresses.

Just when we thought we’d figured out how the Ravens were going to utilize their backfield, they threw us another curve in Week 5. Latavius Murray again led Ravens RBs with 49% offensive snaps played, followed by 27% snaps played by Devonta Freeman. Rookie RB Ty’Son Williams, a healthy scratch in Week 4, played 19% of the teams’ offensive snaps in Week 5 while Le’Veon Bell, (27% snaps played in Week 4) was inactive. None of the Ravens’ RBs were very effective in Week five against the Colts, who have given up the sixth fewest average fantasy points per game (FPPG) to the position. With QB Lamar Jackson always a threat to run with the ball and the Ravens shuffling their backfield personnel back and forth you’d probably be better off avoiding using Ravens RBs in fantasy except for deeper leagues, but with four teams on a bye in Week 6 that might not be possible. Keep an eye on Williams, who still could eventually be their primary RB. However, with two weeks under his belt as the Ravens’ lead back, Murray currently has the most overall fantasy value (even though it’s limited) from among their quartet of rotating RBs