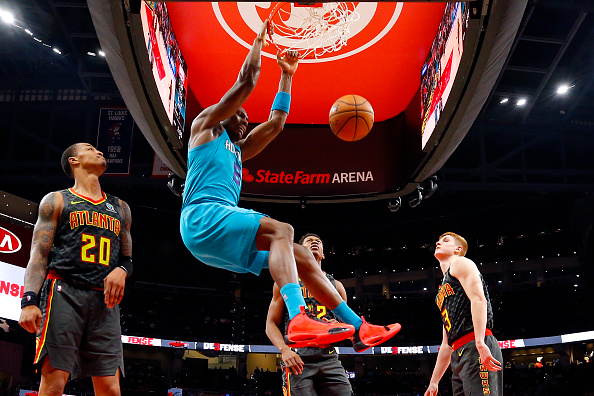 Welcome to the 2020-2021 Waiver Wire section for fantasy basketball. With a new decade upon us comes a new plan of attack when it comes to making sure everyone is as informed as humanly possible. In the past, once a week, I’d give you ten players with ownership percentages (via Yahoo! Sports) of 40 percent or less. This year, the article will be posted and updates will be given throughout the week. With it being as strange of a year as it has been, I am eliminating my rule of spacing out the amount of weeks between when I mention the same player in these articles. When injuries occur, the article will get updated. When a player starts breaking through a rotation, the article will get updated. Let’s beat everyone to the punch regarding these players. Let the madness begin! (These players are not prioritized in any order)

Josh Jackson SG, SF DET-31% Ownership: While this Pistons team tries to find their identity with new players, Jackson has been the team’s second leading scorer in the first week of the season scoring over 17 points per game. Jackson has been given a true rotation commitment of over 20 minutes per game. He has played over 26 minutes per game this season. He has also not only been a big help on the boards pulling down six per game but he’s also swiped a ball per game. Jackson, a former top-five NBA draft pick, has explosiveness and is a good driver. His jump shooting has been up and down throughout his career. He has taken the third-most shots per game at 13.3. If he stays aggressive at the elbow, especially on defense, he’ll be given more minutes and he’ll keep his shots up. Jackson has also blocked a shot in each of his last three games.

Bismack Biyombo C CHA-13% Ownership: Biyombo isn’t an exciting player to add but due to the fact that the Hornets did nothing to address their frontcourt in the offseason and Cody Zeller fracturing his hand, it will be up to Biyombo and PJ Washington to defend the paint against opposing big men. Good luck with that! This leaves Biyombo with a safe floor when it comes to playing time and he has hit the 30-minute mark in his last couple of games. Biyombo has scored in double figures in two of his last three contests and he’s three-for-three in blocking shots this season. Biyombo is not much more than a big body, but, he can be considered a defensive specialist who will be fed minutes and he’ll consistently help with boards and blocks. View his scoring as an added bonus as he’ll help give the Hornets second-chance scoring opportunities and he’ll score most of his points from right under the basket.

Rudy Gay F SAS-19% Ownership: An oldie but a goodie! Gay will do just enough to hit value and he’s been helpful in scoring points, grabbing boards and blocking shots. Gay will still have a spot in the Spurs rotation and he should be viewed as a short-term solution. He’ll be in and out of the starting lineup and if he can find a way to escape LaMarcus Aldridge in the Spurs lineup consistently, he’ll have an easier time producing. He’s coming off of a 22-point outing. He has grabbed six boards per game and he has blocked a total of five shots thus far. Gay is a very smart veteran and he protects the ball. He has gone from being a perimeter player to being productive at the elbow. The mid-range is his game. He’s an end-of-bench option, but the Spurs don’t have a lot of depth inside and Gay should see nine-to-ten shots per game. He can also step back and hit three’s if needed but he does a good job at setting the entry screen and popping out to the elbow and getting open to shoot.

P.J. Tucker PF, C HOU-25% Ownership: Tucker helped the Rockets out of a lot of jams this year and with this team in purgatory right now with the James Harden drama hanging over their heads, the Rockets are playing from behind because they have had players out due to COVID. Not having to work the post as much will be a bit easier on Tucker now that he has Christian Wood and DeMarcus Cousins with him in Houston and he should be able to step out and hit more three-pointers and he should score close to ten points per game this season. The Rockets won’t be afraid to use him heavily, as Tucker posted a 43-minute game this season. Tucker will also help produce boards, steals, and blocks. Tucker grabbed over six boards and a steal per game last season. He played over 34 minutes per game and he should still hit the 30-minute mark frequently. Tucker has grabbed steals in both of the games he has played in already.

Enes Kanter C POR-30% Ownership: We have seen Kanter in situations in which he doesn’t need a lot of minutes to produce points and boards and with Zach Collins out indefinitely, Kanter should play 20-to-22 minutes per game this season. He has scored in double figures in every game he has played in this season and he has grabbed no fewer than eight rebounds in any of them. Kanter will use his body to bang hard in the post and he doesn’t back down on offense and he’ll keep plays alive. He’ll produce a lot with the Blazers second-unit backing up Jusuf Nurkic . Kanter should see more playing time in Portland than he did in Boston and familiarity will be key for him, because this isn’t Kanter’s first stint with the Blazers and he has experience with most of the current roster. Earlier in his career, he would shoot from downtown more but over time, he has become more of an inside-exclusive player that doesn’t spend any time at the arc.