Fantasy Baseball Daily Round Up: September 9 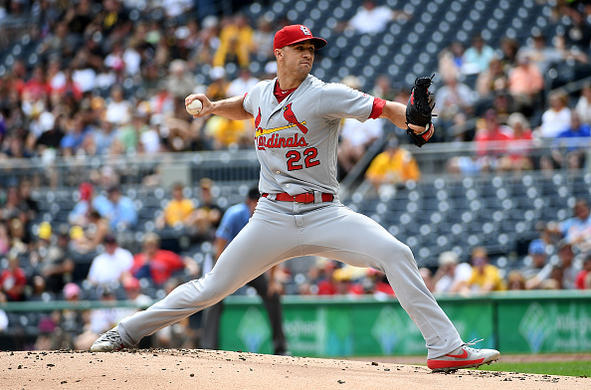 Amidst a barrage of home run records, Wild Card chases and the start of the football season, Sunday featured some tremendous starting pitching performances. Jack Flaherty fired eight shutout innings giving up five hits and a walk with 10 strikeouts en route to his 10th win. He generated 20 swinging strikes and 18 called for a 33.9 called plus swinging strike (CSW) percentage while continuing his surge in the second half:

Jack Flaherty since the All Star Break:

Flaherty currently owns the second-best ERA in history in any second half behind only Jake Arrieta ’s 0.75 in 2015.

Gerrit Cole racked up 15 strikeouts over eight innings giving up a solo home run representing the only hit and run he yielded in an Astros rout. Cole’s the second pitcher with at least 14 strikeouts in three consecutive starts joining Pedro Martinez (1999) and he moved his team record of at least 10 strikeouts to 17 games this year. This outing also marks his sixth of the season with double digit strikeouts with no walks tying a major league record. Only Clayton Kershaw (2016), Randy Johnson (2004) and Curt Schilling (2002) share this feat with Cole. Here’s a taste of Cole’s day versus Seattle:

The most dominant starter on the planet. Pay the man. pic.twitter.com/VfhW8FWVqE

Pretty good timing considering Cole will be a free agent this winter in a climate starved for starting pitching. Cole also produced an eye popping 24 swinging strikes with 27 called for a 53.1 CSW percentage.

Here’s the other notable starting pitcher notes from Sunday:

Behind Cole’s strong pitching performance, the Astros also scored 21 runs accruing 11 doubles, 22 hits and some history along the way:

Teams to score 20 runs and allow no more than 1 hit in the same game:

And unfortunately for Félix Hernández :

With Félix Hernández starting for Seattle, all 9 starting @astros players scored a run within the first 3 innings.

The last time Houston had all 9 starters score a run within the first 3 innings was on June 12, 2015...also against Félix Hernández and the Mariners.#TakeItBack

Yordan Alvarez snapped out of a slump going 4-for-6 with three doubles and six RBI. As a team, Houston owns a 16-1 record versus Seattle this year with 55 home runs.

During a loss, Ketel Marte hit his 32nd home run as his breakout season continues:

In that span, he leads baseball in hits, BA, OBP, fWAR, and wRC+.

DBacks are 1.5 GB of a wild card spot

Both Francisco Lindor and Scott Kingery homered along with stealing a base on Sunday. For Lindor, he’s up to 29 home runs and 21 stolen bases needing one more home run to become the second primary shortstop to record three or more 30+ home run seasons before turning 26. Kingery went 1-for-4 with his 18th home run and 12th stolen base in a win over the Mets.

Most career HRs before turning 21 in @MLB history:

Last, but not least, the Yankees broke their team record for home runs in a season on Aaron Judge ’s 21st dinger in the fifth inning. He’s homered in five of his last 11, in eight of his last 15 and nine of his last 18 contests. Gleyber Torres also hit his 35th home run and 20th against an American League East opponent. He leads all major league middle infielders in the category at the age of 22.

Bullpen Notes: Iglesias gets a little help from his friend

Entering a tied game in the top of the ninth, Raisel Iglesias worked around a walk for a scoreless inning. Then, his teammates rallied in the bottom of the inning with fellow reliever Michael Lorenzen providing the walk-off win:

It’s the third win of the year for Iglesias who stays entrenched as the closer despite his streakiness in the role.

Here’s the rest of the high leverage events from Sunday:

For starters, a new general manager in Boston next year with news of Dave Dombrowski being relieved of his duties after Sunday night’s loss to the Yankees. It’s been a rough season for the Red Sox and it appears Dombrowski will be the fall guy. Rough news with Mookie Betts on the verge of free agency so the ripple effects will be intriguing.

As for baseball, the Wild Card races continue to evolve with some clarity emerging in the American League. A three-way race between Tampa Bay, Oakland, and Cleveland ensues:

Prior to action this week, Tampa Bay owns the highest chance of 85.6 percent then Oakland at 76.8 percent and Cleveland trying to remain in contention in spite of a rash of injuries at 37.9 percent. Mike Fiers will start in Houston and Shane Bieber toes the rubber for the Indians against the Angels.

On the senior circuit, Washington leads the pack with a 96.3 percent chance of the postseason but some juxtapositioning could occur behind them the rest of the way:

Arizona faces the Mets with Merrill Kelly on the bump facing Jacob deGrom trying to keep New York in the conversation. Chicago heads to San Diego with Kyle Hendricks on the mound but with injuries piling up while awaiting news about the status of Javier Báez .

Be sure to stay with Fantasy Alarm to remain ahead of the competition across all fantasy formats going forward.