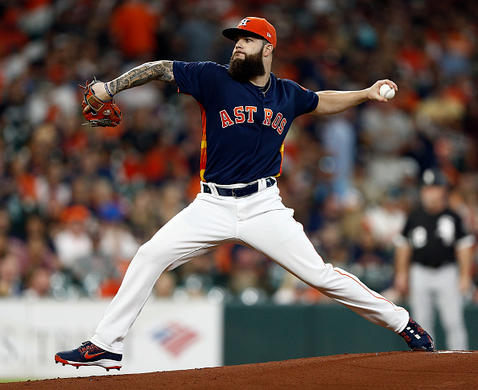 Please note that this was written before all lineups have been posted, which may open up new routes to consider.  Also, Antonio Senzatela has been scratched for the Rockies, with Jeff Hoffman the new starter. 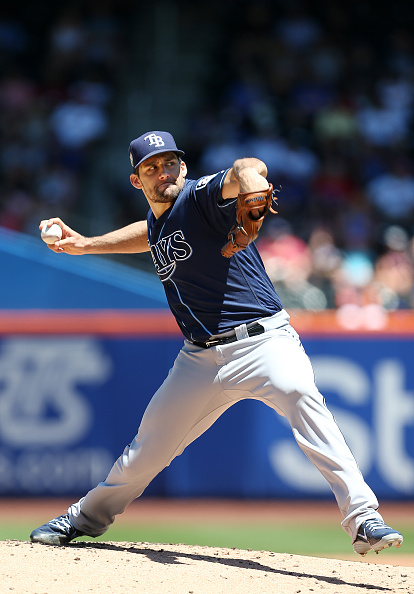 Overall, this slate looks to one in which paying up for hitting is the better route than paying top price for pitching.  Noah Syndergaard and Madison Bumgarner are your top two priced pitchers, but neither are worth their high prices tags in my opinion tonight.  I do prefer Rick Porcello over Walker Buehler in that second tier of DK priced pitchers, but as mentioned in the playbook, I think Dallas Keuchel , Carlos Martínez and Nathan Eovaldi are going to be your best, and most popular options if playing cash games tonight. Eovaldi is the FD play out of the three, but all three have similar DK price tags.

On FD, there’s a solid group of $6K-$7.3K gpp options. Tyler Chatwood , Domingo Germán and Cole Hamels top my list, but Felix Pena and Jake Odorizzi may top other’s lists.  If entering multiple lineups on DK, Wei-Yin Chen is worth a look, as well as a few other routes that I spoke about in the playbook.

Thoughts from the Fantasy Alarm Team:  Our pitching coach, Brett Talley, likes Syndergaard and Porcello if paying up, but also likes Keuchel and Eovaldi as mid-priced cash game plays.  Pena would be his value pitcher.

Our projections have Syndergaard leading the way, followed by Buehler, C-Mart, Porcello, and Keuchel.  Buehler and Chatwood are top value plays.

As far as hitting goes, I feel that it’s the SEA/COL game, and the Red Sox as the top three targets tonight.  The Astros, Cardinals, White Sox, and Rangers are secondary options, but there are plenty of big bats that could be targeted from the other teams as well, with the Cubs and Yankees leading that list for me.

There are other teams that are worth targeting, but those listed above are your best bets when trying to decide between multiple players with the same salary.  No real team stands out as the salary relief team to pair up with a top priced team, but depending on how you feel about certain pitchers, there is definitely value out there tonight.

No Gattis for Houston tonight, but Willson Contreras , Wilson Ramos , and J.T. Realmuto would be your non-stacking pivots off of Tony Wolters , Chris Herrmann , and Sandy León from the top projected scoring teams.  Raffy Lopez looks to be your best punt option, but not sure you’ll need that extra $600 or so tonight.

I do like the top priced options, with Freddie Freeman leading the way for me, but seems like you could get similar, or better production from one of the mid or cheap priced bats. Ryon Healy will still be popular even with the pitching change for the Rockies and is a steal on FD. Lucas Duda , Jose Martinez , Albert Pujols , Greg Bird , and José Abreu lead the long list of value plays.  Sam Travis is taking over for Pearce if looking for Red Sox exposure over Moreland. He’s 1B on DK.

There are some great top priced 2B options, and could be one of the spots where I look outside of Coors.  Ozzie Albies , José Altuve , and Javier Báez are all in play, with Rougned Odor a solid FD value play. I mentioned plenty of other routes in the playbook.

I think all the top priced options are in play depending on your team targets, but I do like Mike Moustakas and Matt Carpenter for cheaper.  Plenty of value routes, with Pablo Sandoval , Maikel Franco , Travis Beckham, and José Reyes leading the pack. 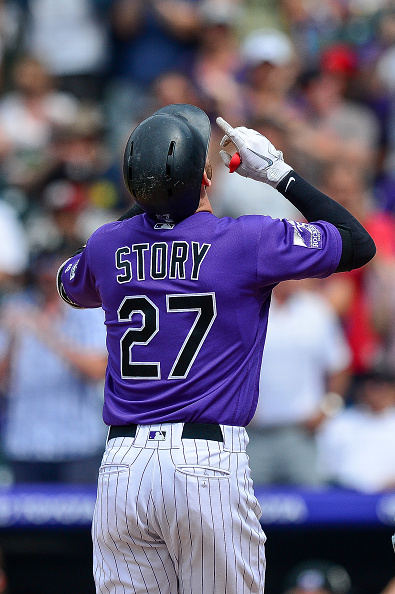 I prefer Trevor Story , but can’t go wrong with Jean Segura , Manny Machado , or Xander Bogaerts . Paul DeJong could be a popular DK value route. Other routes for team stacks were listed in the playbook.

OF is always wide open in terms of routes to consider taking.  If not stacking, I prefer to pay up for one spot, punt the other, and use the last spot to pick a player from a team that I’m already targeting.  Charlie Blackmon and Carlos González are both top options along with Mitch Haniger , Denard Span , and Gerardo Parra from Coors. Mookie Betts and J.D. Martínez could be popular pivots, and Sam Travis could likely be an extremely popular minimum priced FD punt play.

Outside of those three teams, Mike Trout , Shin-Soo Choo , Brett Gardner and the Yankees OF, and Andrew McCutchen would be my preferred plays over the other options in non-stacking lineups.  I mentioned other routes to take in the playbook, but José Bautista , Wil Myers , Albert Almora , Trevor Plouffe , Max Kepler , Marcell Ozuna , and the White Sox OF make for great punt options.

Thoughts from the Fantasy Alarm Team:  Our projections have Betts at the top for FD, with Trout the top DK bat.  After those two, J.D., Judge, and Nolan round out the top five. Matt Davidson is the top FD value play, with both Jose Martinez and DeJong making it towards the top of the DK value plays.

If playing gpp’s, your best approach is stacking.  Pick a game, or two teams that you think will blast off, then go all in on them.  Yes, entering your cash lineup, or another type of lineup can cash in a gpp, but if looking to finish in the top 1%, you need to hit with a stack. I will likely focus on a stack with the top three teams, and then do a wild card one that is late night only.  The Cubs and Braves would be my sneaky stacks if not on the Red Sox, or SEA/COL game. Ideally though, I would use the same core of hitters, and plug in a few different pitching routes.

Thoughts from the Fantasy Alarm Team:  Our stacking coach, Tom Vecchio, likes the idea of going slightly different tonight, and suggests the Rays, Mets, and Diamondbacks. 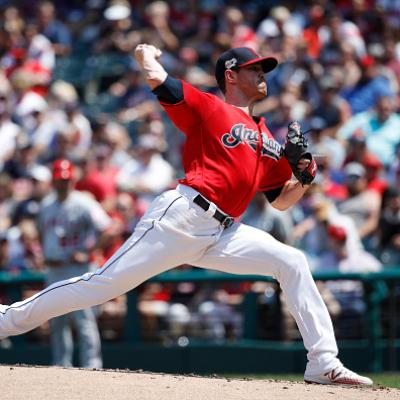 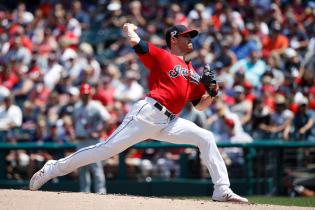 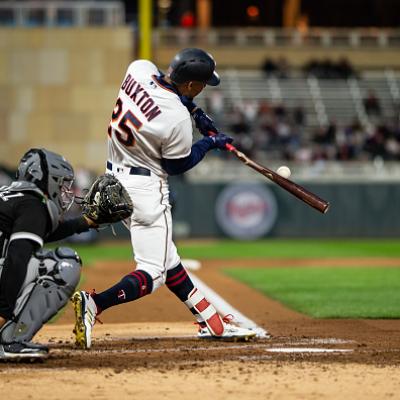 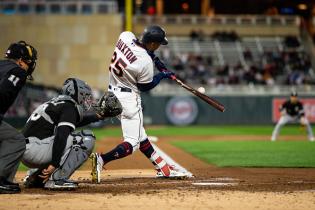 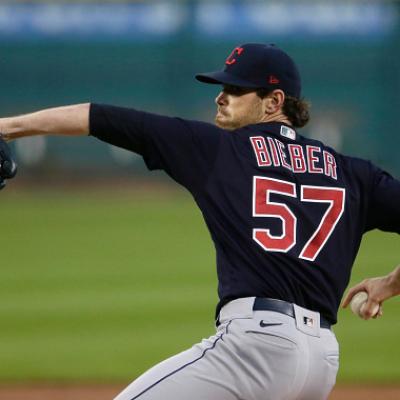 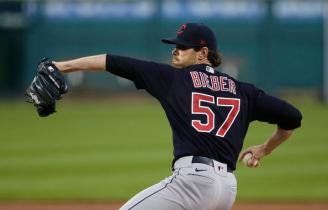 A. Dickerson - LF
SF
Alex Dickerson went 3-for-5 and scored a pair of runs against the Rockies on Wednesday.
Two of the hits were doubles, and Dickerson now has nine two-baggers in the truncated campaign. The 30-year-old has his second three-hit game in three appearances and third in his last six, and it's one of the reasons he's hitting .464 over his last 10 games. Dickerson has been outstanding all year for the Giants, and he's now slashing .307/.381/.606 with 10 homers and 27 RBI in 47 games.
Added 12:57 am (EST)
Added 12:57 am (EST)

B. Belt - 1B
SF
Brandon Belt went 3-for-3 and drew two walks as the Giants beat the Rockies on Wednesday.
Belt also knocked in a run with an RBI single in the eighth inning. It's a five-reach day for the 32-year-old, who has been as big of reason as any that the Giants have a great chance of reaching the playoffs this season. On top of a .313 average, Belt now possesses a 1.018 OPS, eight homers and 28 RBI in 46 games.
Added 12:57 am (EST)
Added 12:57 am (EST)

M. Dubón - CF
SF
Mauricio Dubon hit a three-run homer as the Giants topped the Rockies by a 7-2 score on Wednesday.
With the score tied at 2-2 and two runners on, Dubon connected on a three-run shot that gave San Francisco a 5-2 lead in a crucial victory for the Giants. The 26-year-old has homered three times in his rookie season, and the three RBI bring his season total to 18. While Dubon hasn't shown a ton of power in 2020, he has hit .286 with a .346 on-base percentage, making this a relatively successful first "full" season in the Bay Area.
Added 12:57 am (EST)
Added 12:57 am (EST)

L. Webb - SP
SF
Logan Webb allowed two runs over 5 1/3 innings of relief on Wednesday to pick up a win against the Rockies.
Webb followed Caleb Baragar -- who did his job with an inning of scoreless baseball in his "start" -- and the results were solid as the bulk-hurler. He allowed seven hits and struck out just one, however, so it's fair to say there was a bit of luck involved here, too. In 12 appearances in the regular season for the Giants, the 23-year-old registered a 5.50 ERA and 46/22 K/BB ratio in 54 innings. Assuming the Giants hold onto a playoff spot he could be used in a similar role in the postseason, but if this is his last appearance of 2020, it's worth noting that he should earn a spot in the San Francisco rotation to begin the 2021 campaign.
Added 12:57 am (EST)
Added 12:57 am (EST)

R. Castellani - SP
COL
Ryan Castellani walked five and gave up four runs over 4/23 innings in a loss to the Giants on Wednesday.
Once again, throwing strikes was a problem for Castellani on Wednesday, as it was for the right-hander down the stretch. He also allowed five hits, so the Giants didn't have any trouble reaching base -- and scoring runs -- against the 24-year-old in his outing. A second-round pick in 2014, Castellani had some solid moments for Colorado in his rookie season, but the walks caught up to him, and he finishes 2020 with a 5.82 ERA in 10 appearances -- nine of those starts. He'll assuredly get a chance to win a spot in the Rockies' rotation to begin 2021, but he will start the year as a streamer rather than a redraft option.
Added 12:57 am (EST)
Added 12:57 am (EST)

C. Bellinger - CF
LA1
Cody Bellinger hit a solo homer in a loss to the Athletics on Wednesday.
Bellinger swatted a solo shot in the seventh inning to make it 4-3 A's off of Sean Manaea. The 2019 MVP has gone deep 12 times in 53 games, and he's plated 29 runs in his 205 at-bats. The power stroke has been there for Bellinger, but his overall slash is a very disappointing .239/.325/.454. It's more than a hypothesis that Bellinger would have ended the year with much better numbers in a full 162-game schedule.
Added 12:32 am (EST)
Added 12:32 am (EST)