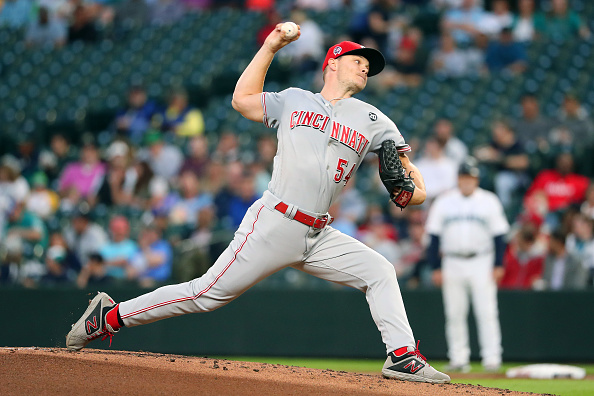 It is a sparse selection of top-tier dual start options available for your fantasy rotation purposes as the run for a championship run hits the final stages, and the middle-tier is not exactly chockful of great possibilities. Therefore, choose wisely and with great discretion this coming scoring period, my young padawans. Oh, and avoid those dwelling in that dangerous miasma that is the bottom tier, no matter how desperate you may be for a two-start SP, if you value your ratio and counting stats.

A mere five arms to select from in Week Twenty-Six, it is sad to report. If you have any of these hurlers on your roster, plug them in and accept the results with some gratitude. Hudson makes the upper group as a result of his recent string of successful appearances, as he has been excellent save for his propensity to hand out free passes since August began, posting a superb 2.15 ERA and 1.09 WHIP.

Matz has not allowed more than two earned runs in 10 of his 11 starts since rejoining the rotation in mid-July of this year. He does have to toe the rubber for two games on the road this coming scoring period, and while his home/road splits would suggest that is a problem, especially with games at Coors Field and Great American Ballpark on tap, his recent performance allays those concerns to a large extent. 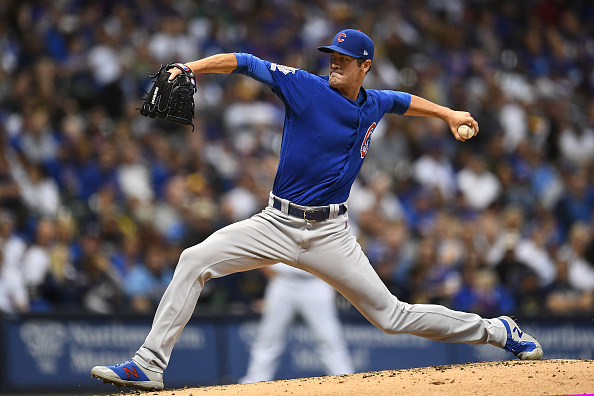 Hamels’ September results have been short and unspectacular to this point, where he has toiled just 7.2 innings pitched (IP) in two starts, allowing six earned runs and three home runs over that span. He has two home contests coming up this week, though, and there is hope that will help him turn things around, based on his home/road splits over his 25 starts this season. He is a good source for Ks, with an 8.8 K/9 rate on the season, and the Reds being a top 10 option for swings and misses as an opponent.

Plesac is too inconsistent to be fully trustworthy, but coming off a complete game shutout makes him a hot hand, for sure. He has a pair of home starts scheduled, and the first is against the worst team in the majors who struggle mightily against the rookie righthander’s team. The second opponent, The Phillies, are sub-.500 away from their home park. He is not much for strikeout production with just a 6.7 K/9 rate this year, and there is his inconsistency to consider, too.

Mikolas is another SP that has been up and down in his performance while pushing off from the rubber for the division-leading Cardinals. He can toss a brilliant game and then follow it up with a series of contests where he is touched up for five or six runs. His superb control keeps his WHIP at a reasonable level (1.22 through 170.1 IP) despite yielding better than a hit per inning pitched. He has a pair of tougher matchups in line for the coming week, but his team can bail him out when he is not lights out on the hill.

Lopez has a couple of road contests on tap in Week Twenty-Six, but that is promising, since his road ERA is almost exactly half of his home numbers: 4.41 over 67.1 IP away from KC, 8.79 in 42.0 IP at Kauffman Stadium. He has been excellent over his last two starts, as well, allowing just a couple of earned runs in those 11.1 IP, which perhaps not coincidentally were away from his home park. 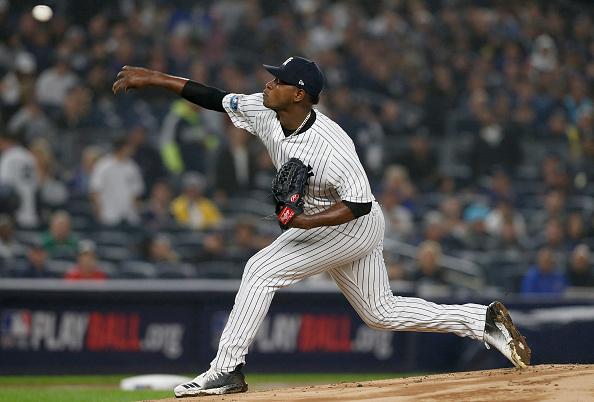 Severino is taking the ball for his first MLB action at home in a couple of games this coming week, after tossing 7.2 IP in the minors as a tune-up after being sidelined since spring training. He is taking on two sub-.500 teams in his return to action for the Yankees. He is only this low in the middle tier due to his prior injury issues in 2019, although he should return to his strong strikeout production self now that he is back in the pinstripes.

Davies is not a pitcher to be relied upon if your league highly values victories as a pitching stat, as he has accumulated just two victories as opposed to seven losses over his last 15 game appearances since June 14th. He has produced a sub-par 46:27 K/BB ratio over those games, so do not use him if you need big K numbers. Note that both his starts are at home this coming week, not an asset for him this season, either.

Gonzales is a risky option in Week Twenty-Six with two road games on the calendar. Still, he has six quality starts (QS) out of his last 10 appearances. He is a poor K producer, with a sub-standard 6.7 K/9 rate on the season, although his control is a plus, sitting at just 2.5 BB/9 over his 182.0 IP this year.

None of Gonzalez’ last eight trips to the bump have lasted any longer than five innings, so he is not a source of QS, nor has he contributed a victory to his owners’ stat line since May 15th. While he is an average K pitcher, the inability to pitch deeper into games limits his value further.  He does have a pair of favorable matchups, both at home, so there is that in the plus column.

Eovaldi is back in the Boston rotation, not that he should be expected to be pitching deep into those games he takes the ball in the first inning, given his tendencies so far in 2019. When he is in the game, though, count on him to miss bats at a good clip (9.4 K/9) although his control is lacking (4.4 BB/9 through his 52.2 IP in 2019), making him risky as a SP option even with a fine matchup against the visiting Giants to open the scoring period.

Ray has been bothered by blisters his past two games, so there is certainly a high level of risk despite his manager stating that he will be making his next scheduled start on Monday, in a good home matchup against the Marlins. If he is healthy, expect his normal high K numbers (11.9 K/9 in 30 starts to date). The walk rate (4.2 BB/9 through 157.0 IP) hurts his value in points leagues, certainly, although it negatively affects his WHIP in any fantasy format.

There are certain bottom-tier denizens that could be employed for streaming purposes this coming week, but you are strongly advised not to use Boyd on the road at Cleveland, as the Indians have a tendency to beat the Tigers like a drum these days, no matter the venue. A number of these other SPs that you may be giving a sideways glance at for rotation purposes are toiling away in distant parks from their home cities, and that is generally a situation to avoid. Even with home-field advantage, most of these arms are best left on the bench or the wire if you value your team’s fantasy production in Week Twenty-Six.