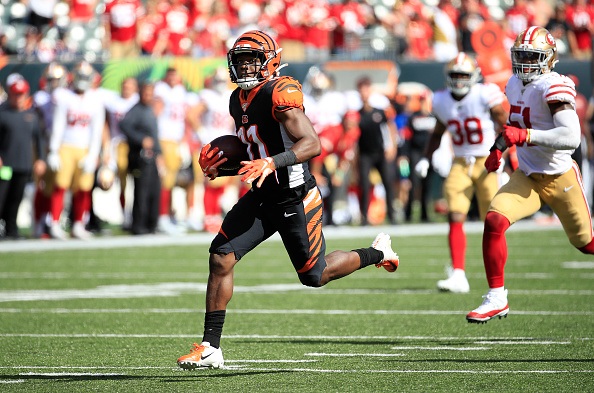 Welcome back to the Thursday “in case you missed out” NFL Waiver article! Hopefully, you nabbed everyone you needed to get on Wednesday after reading Dan Malin’s Tuesday Wavier article, but if you were not so lucky, let’s see who is still left out there for the picking.

Philip Rivers (LAC)- Yes, we know Rivers had a very putrid game last time out versus the Raiders on Primetime, a team that he has generally handled quite easily in the past. However, all NFL players, NBA players, Soccer players, will in some fashion have “bad games.” This is the reasoning why I believe he is on my wire in a 12-team Yahoo league, and why I believe he is likely on most of your wires also. IF he is, this week he will get the KC Chiefs defense at home for Week 11, and this is a bounce back spot, against a secondary who can allow some big plays.

Mitchell Trubisky (CHI)- Trubisky was quite a way down the list in this same 12-team Yahoo league, however, was the 6th most added QB this week. Trubisky had a major slump-buster in his previous outing, as the Bears handed the Matt Stafford-less Lions a loss in Week 10. Trubisky only threw for 173 yards on the day in 23 attempts, but he made the most of those passes, as three went for TDs. This week he faces a LAR D that has given up big games to QBs in past games, and it wouldn’t surprise me the least to see this game turn into a shoot-out. 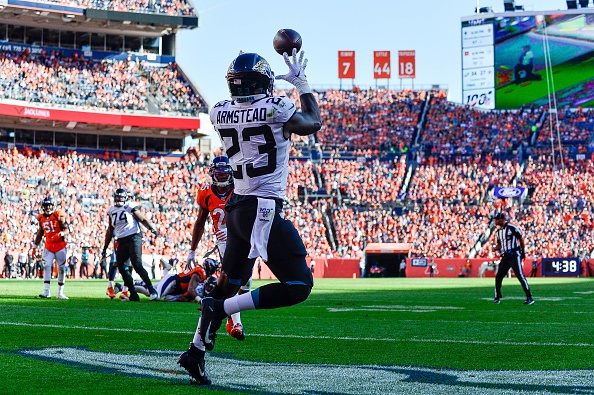 Ryquell Armstead (JAC)- Armstead was the 4th most added RB this week on Yahoo, and it was mainly due to his 11.5 fantasy point effort against the Texans in Week 9. Last week, the Jags hosted their BYE week, and enter Week 11 with a stiff match up with the Colts in Indy. Ryquell has seen many games already of inconsistent carries, as he is still the back-up to starting bell-cow Leonard Fournette , however his work in the passing game has made him somewhat valuable in the essence of needing a “plug-and-play” at the RB spot. If your wire is as thin as mine is, there really aren’t many good RB options.

Gus Edwards (BAL)- Edwards has seen at least four or more carries in every single game this season, but has only a lone TD after nine games. He is still of course the back up to starting RB Mark Ingram , but he does get carries, meaning that he is decently “safe” to see a small handful of carries. This makes his value as a plug-and-play just a bit higher on the order here in this list of RBs, but to say the least, it is nothing that you want to write home about, as he isn’t really involved in the passing game, but if there were to be an injury, he would step into a huge lead role.

Paul Perkins (DET)- With starting RB Ty Johnson looking like he could be on the shelf for this week, it would put J.D. McKissic in line for the lead work, and would but Paul Perkins somewhere in the mix, albeit the chance that the Lions DO NOT add another RB before Sunday. Perkins was given seven carries last week against a very tough rush D in the Bears, and was only able to manage a putrid nine yards. This is a status to monitor, if all things go best-case scenario, Perkins could be an interesting add for Week 11.

Devin Funchess (IND)- Funchess made his return to the practice field this week after a long IR-stint, AND he is looking to play this week. We know the Colts are looking to get Brissett back this week as well, after he sat one last week’s game. With the Colts hurting badly at the WR spot with TY Hilton still questionable to play, and Paris Campbell out, Funchess could step right into a big role if Hilton does happen to sit once again this week. He is worth an add if you need WR depth anyways, but this could be a nice pick-up that could have immediate impact as well.

John Ross (CIN)- Another WR option that is making his return to the practice field after an IR-stint is John Ross . The Bengals need any help on the offensive side of the ball they can get, as they are starting back-up QB Ryan Findley after the benching of Andy Dalton . With AJ Green still listed as out, getting ready for a return, Ross could jump right back into a big role that he had before his injury earlier in the season. This week, the Bengals get an Oak D that has not exactly been great against the pass this season, so this is a good spot as well, IF Ross suits up. If not, he is still worth a stash.

Kendrick Bourne (SF)- Kendrick has now seen pay-dirt in back-to-back games for the Niners. Amassing 7.70 and 16.20 fantasy points in his last two weeks, makes Bourne an interesting look. If starting TE George Kittle is out once again, which it seems this could be very likely, Bourne has been the main beneficiary of his absence so far over the last two games. Really saw a huge up-tick in targets last week as well, garnering eight on the day, and the Niners get a ARI Defense that is not very good in Week 11.

Ross Dwelley (SF)- Staying with the Niners offense, Dwelley will also look to be another integral part of the offense if starting TE Kittle sits once again. Dwelley has been the 2nd highest added TE this week on Yahoo, and for good reason. Over the last two games, he has now 11 targets, grabbing seven of those for 58 yards. He has yet to find the end zone, but if he is going to get four or more targets a game, he is worth the add and play at the TE spot for a streamer if Kittle is out.

Tyler Eifert (CIN)- Looks like new starting QB Ryan Finley found a target he liked in Eifert in both week eight and ten. This makes the second week in a row that Eifert has had at least four targets, and now has totaled 14-total in his last two games. He did hit pay-dirt in week 10, but only caught two of his four targets. He saw nine targets in week eight, but did not see the end zone. Eifert has now put up double-digit fantasy point efforts in his last two weeks, making him an interesting TE stream for the ROS.

Jacksonville Jags- JAC D/ST has recorded 37 fantasy points over their last three games. Granted it was against some pretty trashy offenses in the Jets, and Bengals, but nonetheless, this is a pretty good Defense. This week they travel to Indy to play the Colts. The Colts offense has been decent this year with Brissett, but could still be missing a key piece in TY Hilton, and as mentioned above, their WR corp will be marginal at best without him. This could be a nice spot for the Jags D this week.

NY Jets- The Jets D/ST schedule continues to be one of the best in the NFL for the remainder of the season. They notched out 16 fantasy points last week against Danny Dimes and co in NY, and get back-up QB Dewayne Haskins this week as they travel to WAS. The Jets D has now recorded 12 sacks over the last three contests with three fumble recoveries and one TD. They were also the number one added D/ST this week on Yahoo.