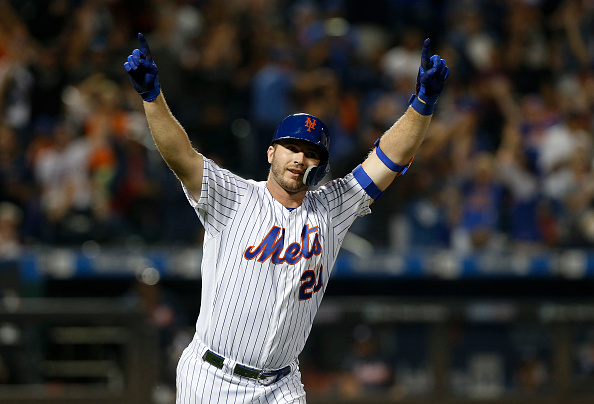 First base is a pretty vanilla position. The majority of the players at this position are all very similar. They generally hit between .250-.280, most are power hitters, and very few steal any bases at all. There aren’t a lot of interesting ways to break down this position, and more than any other position, first base comes down to which players a fantasy baseball player likes versus which ones they don’t. It could just be a gut-feel, it could be he plays for a team people like or don’t like, or it could come from prior experience with this player. Cody Bellinger and Freddie Freeman are both studs and there is no reason to shy away from them. They are not included here.

We at Fantasy Alarm condone social-distancing and keeping six feet away from anyone outside of your immediate family. However, when it comes to fantasy baseball, sometimes I will channel my inner “Spring Break Partier” and say if I get Corona, I get Corona, I’m not going to let it stop me from winning a fantasy championship! The following are first baseman that I am “social distancing” away from, and some that I am willing to break the “six foot rule” for. All quotes of ADP come from the NFBC

Pete Alonso – The Polar Bear was the National League Rookie of the Year and broke the rookie record with 53 home runs in 2019. Some are doubting that he can repeat last year’s performance and that is a very realistic concern. However, he doesn’t have to in order to return value. His ADP as of March 23rd is sitting at 31 overall. That means you are taking Alonso in the second half of the third round. Say he loses 20 percent of his power stats from last season, that still means that he will hit 42.4 home runs and have 96 RBIs. While he doesn’t hit for an awesome batting average, those are still pretty great stats, and losing 20 percent of your power from year to year is a huge loss that shouldn’t be expected. Alonso is likely to hit .260 with 45-47 home runs and drive in 107-110 runs. I am not only willing to break the six foot rule with Alonso right now, I am giving him a very enthusiastic high five and I MIGHT not even wash my hands directly after. 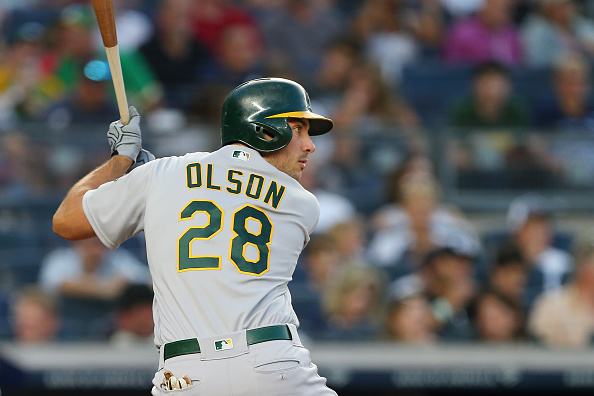 Matt Olson – Olson missed  a month with a hand fracture and then mashed 36 home runs and drove in 91 runs, despite playing just 127 games. That is seven more home runs and seven more RBI than he hit in 2018 when he had 100 more at-bats. Olson will be turning 26 in just a few days and is smack dab in the prime of his career. He is my favorite first baseman and is going 56th overall which is in the fifth round. He is one of my favorite picks of the draft. I am targeting Olson in every single draft that I am in, and not only would I break the six foot rule for him, I would give him a huge hug that I would hold for at least ten seconds and would never wash my hands again!

José Abreu – He seems to get disrespected in drafts, but Abreu has hit 30 or more home runs in every season where he has played at least 145 games in his career except one. He has also driven in 100 runs in every season in every year but 2018 where he missed 34 games. Abreu also hits for a solid batting average as it has been over .280 in every season but one. He is very close to a sure thing, but is being drafted at 74th overall which is in the seventh round. If you miss out on one of the elite level options, Abreu is a fantastic fall back and while I might not hug or high five him, I would certainly go to dinner and sit on the same side of the table as him.

Yuli Gurriel – He has been a solid contributor for the Astros since coming over from Cuba, but his power output was lacking until last year when he popped 31 home runs. That total matched his combined home run total from 2017 and 2018. Now, I do not think that Gurriel will match 30 home runs again, we all know the ball had some extra spring in it last season. However, he has always hit for a solid batting average, topping .290 in each of his three full seasons, and we all know how hard it is to find someone who hits for consistently for average. Even if Gurriel hits 23-25 with that good batting average he would be the perfect guy to have as your middle infielder and maybe the last guy I feel comfortable with as my starting first baseman.

Carlos Santana – His power and batting average has been all over the map during his career, but his worst stats have been a .229 average and 18 home runs. However, over the last four years he has averaged nearly 29 home runs and 86 RBI with a batting average of .257. Sure, those aren’t eye popping numbers, but if you need a corner infielder or really waited for your first baseman you can get Santana in the 12th round. He is a great value and would sit a solid two feet away from him.

Edwin Encarnación – This is one that I will never figure out. I know that Encarnacion is getting up there in age, now at 37, but he has hit over 30 home runs in eight straight seasons. He now goes to the White Sox who now have a pretty stacked young lineup, and their home ballpark is middle of the road as far as allowing home runs go. He is coming off a season that ended early due to injury, but Encarnacion should be a big bopper again in 2020. He is the perfect candidate for your corner infield spot or utility area on your roster. I would definitely have a drink with him at a bar, however, I would probably keep a stool between us.

Paul Goldschmidt – Goldschmidt was a perennial first round pick for a number of years, but it appears that fantasy owners are starting to catch on. Sure, he has hit 30 home runs in three straight seasons, but that isn’t as hard to find anymore. Goldy’s elevated value used to come from the fact that he would steal double digit bases (with a career high of 32 in 2016, but he also hit for a great average. In fact, he hit .290 or better in six straight seasons before last year. Now, there is something to be said for a guy’s first year on a new team being tough, look at what happened with Manny Machado , but Goldschmidt was also having elbow issues this Spring. He isn’t running anymore, he is starting the season a little compromised physically, and the batting average dropped , and even with a sixth round ADP, Goldschmidt is not getting inside my six foot zone.

Anthony Rizzo – Another perennial early round pick that has fallen out of my favor is Rizzo. He hit 30 home runs in three straight seasons from 2014-2017, but has failed to reach that number in the last two years. He also stole 30 total bases between 2015-2017, but just 11 combined in the last two years. First base is a traditional power position in fantasy baseball, and Rizzo can’t even get to 30 a year at a time when the ball was clearly juiced. We all figure that MLB is going to take some “jump” out of the ball this season, which means that Rizzo could possibly fall under 25 home runs this season. He does generally hit for a solid batting average, but he is being drafted ahead of some players like Goldschmidt, Abreu, and Josh Bell who are nearly locks for 30 dingers. Not only do I not want Rizzo within six feet of me, I’d also like a pane of glass between us.

Josh Bell – He has been a great contributor in two of the last three seasons, and he smashed his power number career highs in 2020 with 37 home runs and 116 RBI. However, there are a couple of factors that have me worried about Bell living up to expectations. First, he was never THAT much of a power hitter in the Minors. Bell seemed a lock to hit in the mid 20s for home runs, but over 35? That seems like a stretch for him to repeat. Second, as I mentioned before in this article, the ball shouldn’t jump off bats as much this season. Third, look at the Pirates lineup. Why would any pitcher throw Bell anything he can drive? Is anyone going to groove him a fastball when they have Gregory Polanco coming up next? I like Bell, but I do think a .270 average with 25 home runs is more in line of what you can expect from him in 2020. I would be willing to be in the same building as Bell, but I wouldn’t want to have a conversation with him.

Rhys Hoskins – somehow in the year where everyone and their brother was hitting 30 home runs, Hoskins watched his home run and RBI totals fall in 2020. It wasn’t even a small amount either as the home runs went down five and the RBI fell 11. Not only that, but his batting average has dropped from .259 back in 2017 to a paltry .226 last season. The kid has serious power potential, but who doesn’t right now? There are a number of better options at the position for powers that won’t be such a suck at your team batting average that Hoskins doesn’t seem worth it. I am not going to lie, I have drafted him once this Spring, but I immediately showered afterwards. He has guaranteed at-bats in Philly in a home ballpark that is built to give up home runs, but I do not want to have a close conversation with Hoskins. I am not breaking the six foot rule for him, in fact I would only be willing to talk to him via video conference.