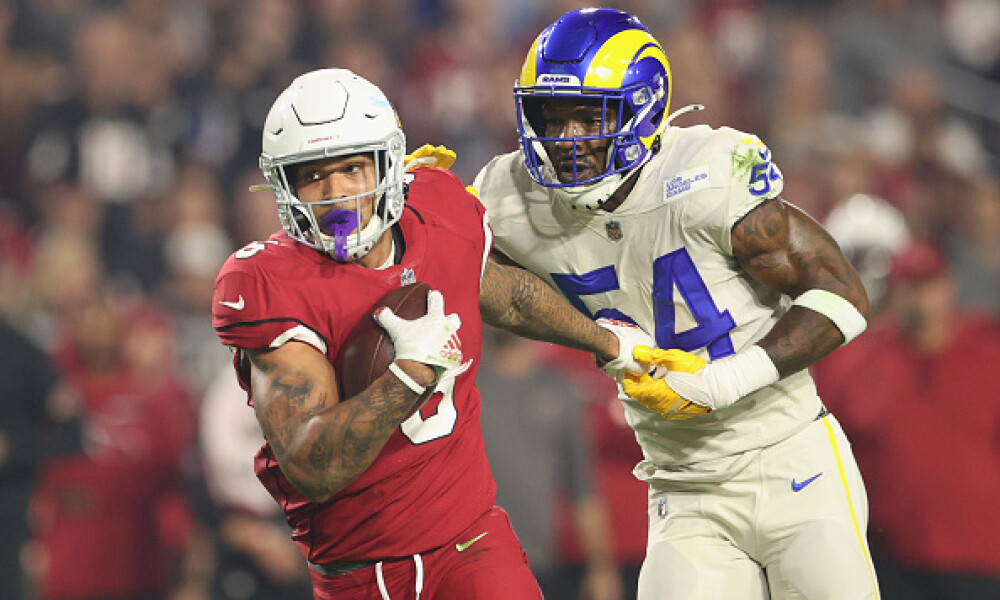 We got here. It’s playoff time. This year, thanks to an extra playoff team in each conference, we get two extra games on Wild Card weekend. But before we set those lineups and place those bets, let’s get caught up with the injury situations we are monitoring.

After throwing for 316 yards and a touchdown to close out the regular season, it shouldn’t come as a surprise that Jimmy Garoppolo is going to be back under center to begin the playoffs for San Francisco. He practiced in full on Thursday, and while he should be busy against Dallas on Sunday, it’s not the best match-up.

While we have to wait until Monday for Matthew Stafford to take the field, it doesn’t appear that there will be any issues with the toe injury he picked up last week and we can proceed without issue.

Based on what we have seen from Ben Roethlisberger this season, it’s unclear how much we can trust him, but he did practice in full on Thursday. For what could be the last game of his career, Roethlisberger appears to be as healthy as he can be at this point in the season. What we do know, is that he is going to have to be busy to keep up with Kansas City’s offense.

It shouldn’t be a surprise, but it’s always nice to see clarification, that after getting last week off to rest his knee, Joe Burrow is back to practicing in full. Entering the playoffs, you aren’t going to find a hotter quarterback than Burrow, and he’s likely to keep that up against the Raiders in the first game of the playoffs.

Philadelphia played things cautiously with Jalen Hurts last week, but he continues to practice in full this week. That is a good sign as the Eagles will need everything Hurts can give them in a tough matchup against Tampa Bay as he tries to keep pace with Tom Brady.

While the Packers still have another week before taking the field for the playoffs, everything we are seeing at this point, is that Aaron Rodgers’ toe injury will be squarely behind him. With that being said though, even when things were bad, it didn’t exactly impact him either.

When healthy, the 49ers have shown no qualms in leaning heavily on Elijah Mitchell and all the rookie running back has done, is earned that playing time and usage. The good news is that Mitchell is progressing in the right direction this week in practice, and he is primed for another busy workload against Dallas.

Josh Jacobs is coming off his best game of the season with 132 yards and a touchdown, and there is no doubt who is in control of Las Vegas’ backfield.

For this week, the Tampa Bay backfield appears to be a mess. Ronald Jones isn’t back to practice yet with an ankle injury, so let’s assume that he is out of the picture for this week. Leonard Fournette and Giovanni Bernard are both on Injured Reserve and it’s possible they can be activated for this week, but I wouldn’t bank on it. That means we will have another week of Ke’Shawn Vaughn and Le’veon Bell, although I wouldn’t put too much stock in either.

The bad news, is that Arizona doesn’t play until Monday, so we likely won’t get the clarity we want and need until then. The good news though, is that their entire backfield situation is in flux, so from a DFS perspective, time is on your side if salary is not an issue. From the perspective a league, I would either fade the entire backfield or roster the entire backfield as, at this point, it could be an all or nothing situation. James Conner didn’t practice on Thursday as he continues to deal with a rib injury, but Chase Edmonds did practice on a limited basis, so for now, I am more optimistic with the latter as he appears to be ahead in the backfield. Both have value, but we do need some more clarity on what the workload will be between the two backs. If their health doesn’t progress, then Eno Benjamin is worth a look as a sleeper option.

Things appear to be moving in the right direction as Miles Sanders looks to return from a fractured hand after practicing on a limited basis to kick off the week. If Sanders returns, he will likely gain control of the Philadelphia backfield as a timeshare between Jordan Howard and Boston Scott isn’t the best scenario from a fantasy perspective.

Despite making it through his entire rookie season unscathed as a workhorse for Pittsburgh, Najee Harris is now dealing with an elbow injury. It appears that he will be back in practice on Friday and good to go for the weekend, but if not, Benny Snell could be a sneaky option.

Clyde Edwards-Helaire started the week of practicing on a limited basis, so it wasn’t the best of signs to see him sit out practice on Thursday. If the trend continues, it is a good sign that Darrel Williams was at least able to practice on a limited basis as he could be busy this week. Derrick Gore would then have a supporting role, but for now, Williams would be the target.

While he continues to deal with a hamstring injury, Damien Harris should be good to go as the lead back for Buffalo against a Bills team he had success against earlier this season. Of course, Rhamondre Stevenson will have a role, but you can move forward with Harris.

Tony Pollard practice in full on Wednesday, and while Ezekiel Elliot will get the majority of work in Dallas’ backfield, the former should have a little value in a supporting role.

Tyreek Hill went from practicing in full on Wednesday to being limited on Thursday, so while there is some concern about his status for this week, at this point I still feel good about his status.

It is a good thing that Mike Evans is back practicing in full as he is likely going to be very busy this week. Cyril Grayson hasn’t practiced yet this week and it’s not looking good for him to take the field on Sunday. Both Breshad Perriman and Justin Watson have been limited this week, but I can see the former having a role this week although after Evans, the focus will likely be on Tyler Johnson. The fact that John Brown is now on Tampa Bay’s practice squad isn’t the best sign for the health of their other options.

We knew it was coming, but Cincinnati will have their full compliment of receiving weapons as JeMarr Chase and Tee Higgins are both good to go alongside Tyler Boyd.

Arizona will continue to be shorthanded in the wide receiver room this week as DeAndre Hopkins isn’t ready to return from his knee surgery and while Rondale Moore is practicing on a limited basis, I’m not too optimistic. Even if Moore is ready to return, it’s hard to trust him from a fantasy perspective as Christian Kirk will be the focus here.

After catching four passes for 70 yards last week and seemingly having no issues or setbacks, I wouldn’t read into Jacobi Meyers being limited in practice this week as it’s just New England being cautious.

I’m not sure that there is anything for Pittsburgh to save him for, but despite practicing on Thursday, it’s unclear whether or not JuJu Smith-Schuster will return on Sunday. Even if Smith-Schuster does return, I’m not sure how much we can trust him. It is also a good sign that James Washington is back off the COVID list but there are lot of mouths to feed in the Steelers’ passing game and it’s unclear how capable Roethlisberger will be to feed all of his weapons.

While Greg Ward did practice in full on Thursday, it doesn’t have much of a fantasy impact as he is just in a supporting role for Philadelphia.

After being targeted nine times to close out the regular season, granted he only caught two of those passes, it’s not surprising that Darren Waller is good to go for Saturday’s game against Cincinnati in which the Raiders will likely be busy throwing the ball as they try to keep up with the Bengals explosive offense. I would expect for him to be heavily featured once again.