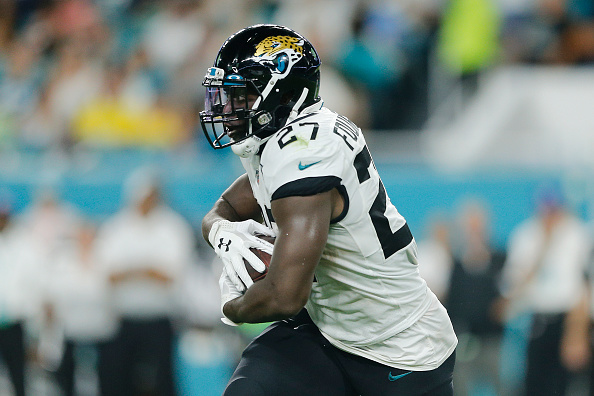 Whelp it did not take long for for the dust to setting on the Leonard Fournette situation following his surprising release from the Jaguars Monday morning as Adam Schefter is reporting that Fournette is signing with the Tampa Bay Buccaneers. So, how does this signing impact the fantasy value of Leonard Fournette ? How does it impact the fantasy value of say Ronald Jones , Ke'Shawn Vaughn or even Dare Ogunbowale ? Will the signign of Fournette have a postive or negative impact on Tom Brady or any of the Buccaneers pass catchers? Let's take a look!

What to do with Leonard

First things first, Fournettes current ADP is 38.8 making him a third round pick in most draft formats. Since his release I have seen him drop a few rounds but that should no longer be the case. In fact, I would consider bumping Fournette up a bit in value. Now, I know that Ronald Jones exists and there has been a lot of talk about how good he has looked in camp. I also acknowledge that Fournette is moving into a new situation and that is certainly a wild card however, I don't think he ends up in Tampa without the assurances that he has a role on this football team. I don't think Bruce Arians was honestly thrilled with the running back group he had and throughout camp there were some reports that there a bit telling with his feelings towards the group. Factor number two here that I think plays in Fournettes favor is actually Tom Brady . If there is one thing we know about Tom Brady it's that he likes to play with top end talent. One of his reasons for leaving New England, aside from Bill Belichick was the lack of help he had on the offensive side of the football. My speculation is that Brady probably lobbied for this move to happen. If I was drafting today I would consider Fournette in the second round of fantasy drafts. He proved in 2019 that he is capable of being involved in the passing game with his 76-catch, 100-target season while also finally proving to stay healthy as he rushed for 1,152 yards. The lone downside to Fournette last year and his fantasy stock this year was the lack of touchdowns. Fournette had just three touchdowns in 2019 and the Jags were not looking like a team that was going to score many points this year. That all flips on its head now as he moves to Tampa which has high expectations on the offensive side of the football. If you want to know the type of upside a running back has had with Tom Brady under-center in recent seasons then look no further than LeGarrette Blount in 2016 when he lead the NFL with 18 rushing touchdowns. Hell, Benjarvis Green-Ellis had seasons of 13 and 11 touchdowns with New England. Now, I know the Patriots is different than the Buccaneers system but what isn't different is the expectation that Tom Brady is going to put this offense in position to score points in the red zone and Fournette could very well benefit from that in a big, big way.

Ok, so maybe you bought the Ke'Shawn Vaughn hype, though I'm not sure why, or maybe you beleived that THIS was Ronald Jones year, again, iffy take at best, but now Fournette is in town. So, what do we make of the rest of the Tampa Bay backfield now? With Vaughn, his stock was already dropping. He didn't get great reports out of camp and those who have payed any attention to Tom Brady 's career should have known that at this stage he really has little patience for rookies. In some leagues I have seen Vaughn go undrafted while his AD has fallen all the way to 121.55. When drafted many figured Vaughn to be the third-down, pass catching back that Brady loves. You know, his new James White , but in camp it seemed more like Dare Ogunbowale was locking up that role while Ronald Jones was getting praise as an everydown back. I think at this point it's safe to think of Vaughn as a handcuff to Ogunbowale and maybe even a special teamer baring any sort of breaking news. With Ronald Jones , his value certainly takes a bump as it seems like at best he shares early down work with Fournette if not suceeding the role completing and becoming a change of pace back to Fournette which is going to limit his upside. Jones does have the benefit of also being able to catch the football so maybe he slides into that role as well. What I do know is that with a current ADP of 85.93, I don't think I have any interest here any longer either. I'd be more willing to take Jones at the current ADP of Vaughn. Oh, I almost forgot LeSean McCoy is there...so did everyone else.

As we saw in 2019, Fournette can be part of the team's passing offense and while that's great what does his overall presence mean to the likes of Tom Brady , Mike Evans , Chris Godwin and even Rob Gronkowski ? While I don't expect Tampa to all of a sudden switch to a ground and pound type of offense I do see Fournette being more involved than the other running backs may have initially been, especially in the red zone. Like I said, Blount had 18 touchdowns in a Brady lead offense and other running backs have found end zone success with TB12 under center. Again, this doesn't mean it's going to happen but it seems more likely we will see Brady handing the ball off to Fournette instead of throwing it than he may have done if only Jones was behind him. Let's also take a look at this quote from ProFootballFocus,"Fournette has 18 touchdowns from five yards to go or less, which is tied for third-most in the league. Of the 21 backs with 25 or more carries in this situation, he is one of four backs to either score a touchdown or gain a first down at least 50% of the time." Kind of points to what I said above doesn't it? I don't downgrade the receivers too much here but for someone like Gronkowski who I expected to primarily be used inside the 20s this season as Brady and the Buccaneers red zone threat, we may see some of his touchdown targets go away by the way of the power run game from Fournette.

It's hard not to like the situation Fournette is now going to find himself in when you look at it on paper. Ultimately the player still has to perform but we are looking at what is considered to be a premier talent at running back now joining an offense that has loaded up with the expectations of being among the highest scoring teams in the league. His current 3rd round ADP should not be impacted and if anything you may start to see his name pop up more in the second round now as we near the beging of the NFL season for those who waited to draft their teams. I'm definitely BULLISH on Fournette here so my outlook on this sitaution may be a bit more positive than some but after Monday's uncertaintly I am pretty thrilled with my current stake of Fournette shares going into 2020. 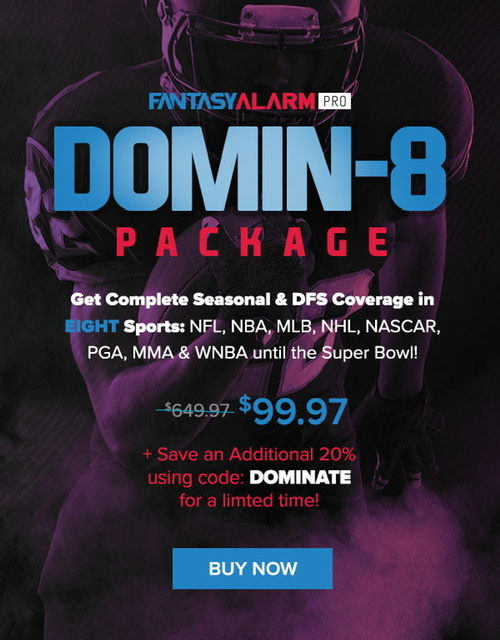