Joe Gallina breaks down some under-the-radar players who have the opportunity to out produce their current ADP. 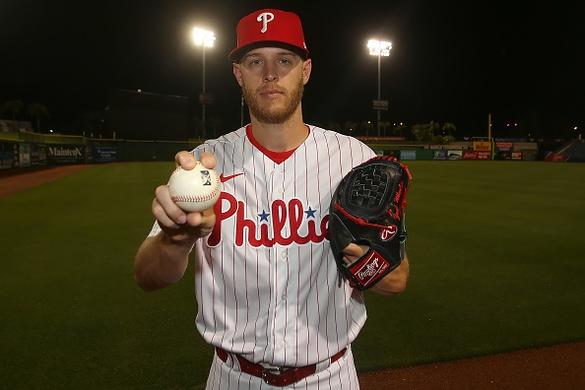 Last week we identified under-the-radar hitters who have the opportunity to out produce their current ADP and could be had in the later rounds of your draft. Let’s put our talent evaluation skills to the test yet again as we evaluate the pitching side of the equation and identify several hurlers who could end up being draft day bargains. For the purpose of this article the Average Draft Position (ADP) quoted will be those calculated based on the data from the National Fantasy Baseball Championship (NFBC) leagues as of February 28th, 2020.

A line drive off the bat of Brian Anderson fractured Kluber’s pitching arm and ended his 2019 season. He had made just seven starts to that point and had pitched to an ugly 5.80 ERA. Perhaps five straight seasons of pitching 200 plus innings had taken their toll on Kluber, and maybe taking almost all of the 2019 season off may actually end up helping Kluber in the long run. After all, the injury that ended his season wasn’t related to a sore elbow or a tear of his ulnar collateral ligament. While Kluber’s velocity had been trending down in the three years leading up to last season, he was still able to win 20 games and pitch to a 2.89 ERA in 2018. We might not see vintage Kluber going forward, but based on his long track record of success you probably shouldn’t write him off just yet. One other thing Kluber has going for him is that he has enjoyed great success against the Rangers’ AL West opponents throughout his career. Kluber has posted an overall career 3.16 ERA, however against the AL West, Kluber’s ERA is just 2.62.

Health has been an issue for Wheeler in the past, however he has put together consecutive seasons in which he’s pitched 182 or more innings. After getting off to a slow start last season, Wheeler finished strong and posted a 5-2 won-loss record and 2.83 ERA in 12 post All-Star Game starts. He also added a bit of velocity to his fastball last season which averaged a career high 97 MPH. Since returning to action in 2017 following Tommy John surgery, both his walk and strikeout rates have improved each season. Wheeler has historically performed well at Philadelphia’s Citizens Bank Park, posting a 3.27 ERA and a 0.97 WHIP in 44 career innings pitched at the Phillies’ home park.

Prior to the 2019 season Odorizzi spent time perfecting his craft at the Florida Baseball Ranch in Lakeland, FL. While there he worked on improving his delivery. Odorizzi saw immediate results as he registered a career high 15 wins, 10.1 K/9, and he added almost two miles per hour to his fastball. Odorizzi spent more time at the facility this offseason, but this time his focus was on how the direction of his leg during his delivery could be used to gain more force behind his pitches. Could we see another uptick in velocity? Maybe. Odorizzi is going to get plenty of run support from a Twins team that led the league in home runs and was second in runs scored. Look for Odorizzi to post another season with double digit wins and a sub four ERA pitching for a team that is expected to win plenty of games.

Civale pitched to a 2.35 ERA in 13 starts between Double-A and Triple A last season, and when the Indians came calling he was ready. He made ten big league starts in 2019 and gave up three runs or fewer in nine of those starts. Civale isn’t an overpowering strikeout pitcher. Instead, he has relied on his control (1.4 career minor league BB/9), and his ability to keep batters on their toes by mixing up the six different pitches that are part of his repertoire. He predominantly relies on his sinker (.222 BAA last season) and slider (.107 BAA). Heading into spring training Civale was penciled in as the Indians’ fourth starter. With early spring injuries to Mike Clevinger and Carlos Carrasco , Civale is firmly entrenched in the Indians rotation. 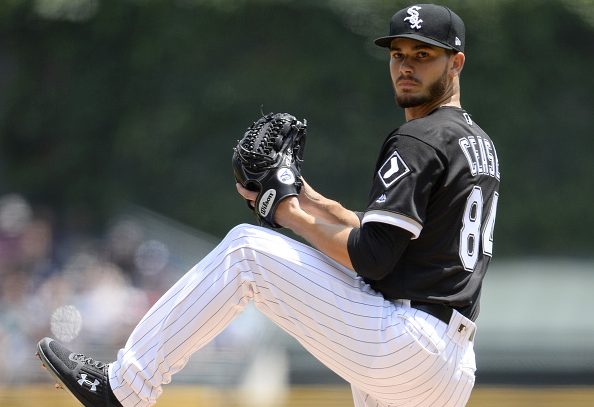 Cease was considered one of baseball’s top pitching prospects heading into the 2019 season, but once he got the opportunity to pitch against big league batters they got the best of him as evidenced by his 5.79 ERA and 1.548 WHIP. However, there is reason for optimism. He’s got very good stuff including a fastball that that reaches the upper 90’s on the radar gun, and an outstanding curveball. Cease did pitch well from September on, posting a 3.00 ERA and striking out 28 batters in 21 IP during that time frame. Control has been an issue for Cease. He compiled a rather high career minor league 4.2 BB/9 rate and it continued to be an issue once Cease reached the big leagues. Having Yasmani Grandal , one of the better pitch framers in the game, as Cease’s everyday catcher should help the 24-year-old pitcher improve in that area.

Fantasy players have no real reason to love Davies. After all he has a miniscule 6.4 K/9 over his career. However, while pitching in hitter friendly Miller Park for five seasons, he was still able to pitch to a career 3.91 ERA and he’s recorded double digit wins in three of the past four seasons. He doesn’t have a fastball to speak of. It barely reaches 90 miles per hour. Davies’ modest success is due to his ability to get hitters out using his change (.229 career BAA) and curve (.229 BAA). He’ll also likely benefit from pitching his home games at Petco Park where he’s 3-0 with a 3.80 ERA in just over 21.1 IP in his career. If you’re looking for that last starting pitcher to complete your pitching staff in your deep fantasy baseball league, Davies just might be your guy.

With 56 big league innings pitched we obviously have just a tiny sample size by which to analyze Voth and his ability to pitch against major league batters. However, there are some positive signs to be aware of. Voth added over a mph to his fast ball since his 2018 Major League debut. Again, we’re talking small sample size, but that bump in velocity helped improve his K/9 from 8.03 in 2018 to 9.07 last season. He also lowered his walk rate during that period. Voth’s curveball has been especially effective against big league bats (.185 career BAA). Voth isn’t guaranteed a spot in the Nationals rotation to start the season, but he gave up two runs or less in six of his eight starts last season. Watch his progress this spring. If he doesn’t break camp with the Nats, he will likely be the first to be called upon to join the starting rotation should the need arise.

T. Stokes Jr. - LF
DET
Troy Stokes recently underwent surgery to repair a broken hamate bone in his hand.
It's why he was not included in the Tigers' 60-man player pool. The Tigers aren't ruling out Stokes returning before the end of the season, but it's not looking likely.
Added 12:55 pm (EST)
Added 12:55 pm (EST)

C. Wilcox - SP
SD
Padres added RHP Cole Wilcox to their 60-man player pool.
The Padres lured Wilcox away from returning to Georgia by giving him a third-round record $3.3 million signing bonus. While he will be given a chance to start over the long haul, it's possible the Padres could view him as an option for the bullpen this season.
Added 12:28 pm (EST)
Added 12:28 pm (EST)

E. Rodríguez - SP
BOS
Eduardo Rodriguez is not in Red Sox' summer camp after being around someone who tested positive for COVID-19.
Rodriguez remains at his home in Florida and is still awaiting his test results to see if he has also been inflicted with the virus. Red Sox manager Ron Roenicke noted Friday that the team has "some positive tests," but he didn't offer other specifics.
Added 12:05 pm (EST)
Added 12:05 pm (EST)

S. Baron - C
PIT
Indians signed RHP David Hernandez to a minor league contract.
Hernandez will be part of the Indians' 60-man player pool and will report to their summer camp in Cleveland. The veteran reliever posted an 8.02 ERA and 53/20 K/BB ratio in 42 2/3 innings for the Reds' last season.
Added 11:52 am (EST)
Added 11:52 am (EST)

M. Kopech - SP
CWS
Michael Kopech is not in White Sox summer camp as he tends to a personal matter.
White Sox general manager Rick Hahn said that there is no timetable for when Kopech will report to camp, but he did note that the right-hander is healthy and fully recovered from his September 2018 Tommy John surgery. Assuming he gets his personal issue taken care of, Kopech should be part of the White Sox' rotation sooner rather than later.
Added 11:49 am (EST)
Added 11:49 am (EST)

C. Carrasco - SP
CLE
Carlos Carrasco (elbow) says he's ready to go and is already built up to pitch six innings.
He surely will not be asked to go that deep into a game initially, but it does appear that the elbow ailment which sidelined Carrasco during spring training is behind him. Carrasco also dealt with a hip issue this spring and, of course, had a bout with leukemia last year, but it's looking like he'll enter Opening Day with a clean bill of health.
Added 11:30 am (EST)
Added 11:30 am (EST)